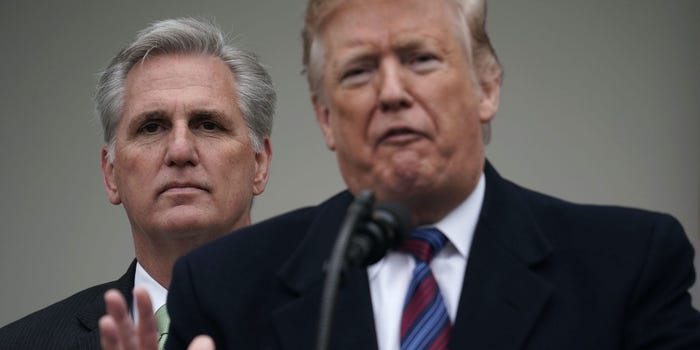 Wow. Last night was like nothing I’ve ever seen before, and it likely won’t be final, at least in the House for 2 more weeks. But I can sum up my feelings and emotions in two simple words. Democracy. Won.

Many of the things I wrote about came to pass. Voter turnout was a record, not just early voting, but in person voting as well. Abortion was the motivating issue I thought it would be. For the most part, crime was a flop for the GOP.  And in fact, Generation-X turned out to be the X-Factor.

But last night was also a 5-alarm fire claxon for the GOP. And warning is that Trump is a one-trick-pony, and it’s time to put that tired old nag out to pasture.  Of course Traitor Tot is claiming spectacular success for last night’s performance by his myriad of endorsements. This is, of course, unutterable bullshit. Trump endorsed everybody from the Senate down to dogcatcher, and the vast majority were in basically non competitive districts. Sure, some 150 of his election deniers are either going to or returning to congress, but he also had 60 of them lose, with several races still outstanding. Including Lauren Boebert, who is on a crash path to going down in flames.

But what’s more important and critical to the GOP isn’t how many lost, but who lost. The GOP’s overriding strategy for 2022 was to pack critical swing states with rabid election deniers in critical statewide offices like Attorney General and Secretary of State. And by and large they’re going down like porn stars. In places like MI, PA, WI, AZ and NV, 9 rabid election deniers have already gone down, and 5 more are losing. Evers is still WI Governor, Whitmer is still MI Governor, and Shapiro is taking over in PA. Trump and the GOP won’t have the ability to screw around with vote certification the way they wanted to in 2024.

Which is just too damn bad, since Trump is the heavy favorite to top the ticket in 2024, and his only platform is stop the Steal! And election denial. And as last night’s results show, the vast majority of Americans, including Republicans are sick to death of that shit.

Two quick examples. First, in Pennsylvania, while Democratic gubernatorial candidate Josh Shapiro had a double digit lead, he was golden. Senate candidate John Fetterman was locked in a 2 point race. With the GOP forced delays in vote counting in the Philadelphia area, traditional wisdom was that it would be at least Thursday for a decision. It wasn’t even midnight Eastern when the race was called for Fetterman. And in Michigan, MAGA hotbed, not only did Whitmer roll, but so did the state Democrats. If I heard it correctly, January will be the first time in 40 years that the Democrats will control the Governor’s mansion, as well as both chambers of the legislature.

I have written repeatedly on the subject of Trump Fatigue. It cost Trump dearly in 2020, when white suburban women came home to the down ballot races, but either voted for Biden or left the top spot empty. Polling consistently shows that while GOP voters still like Trump, they’re sick of the baggage that comes with him. Which is why Florida Governor Ron DeSantis is already surging in GOP polls. Trump without the carnage.

And that came through loud and clear last night. Even successful candidates like JD Vance underperformed Trump’s 2020 numbers in equal areas and other GOP strongholds. Losers like Mastriano and Oz in PA, Dixon in MI, Lake and Masters in AZ re lagging even farther behind. His Lowness is the Chicken Little of politics. He’s ran around screaming The Sky is falling! more than once too often. And last night was the GOP’s last call to jettison the Cheeto Prophet and come up with messaging that works. because Trump ain’t changing.