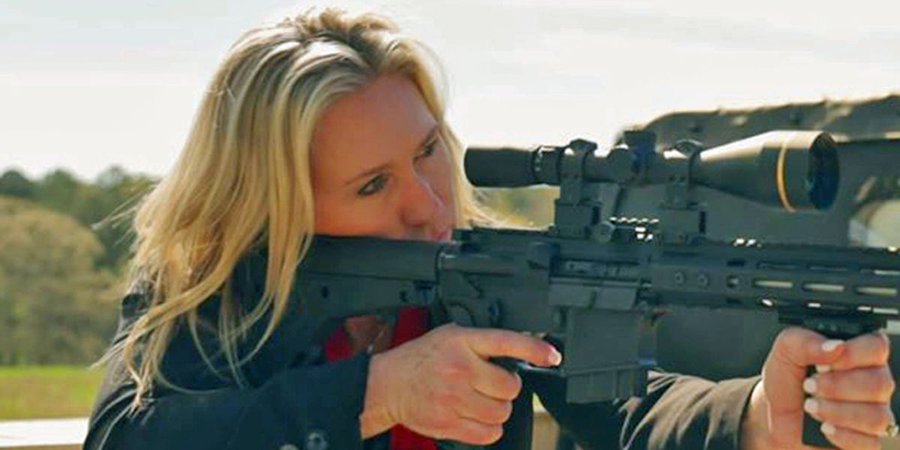 I’m not kidding. This is no joke, and the MAGAt GOP hasn’t gotten the memo. Starting in 2015 the GOP ceased to be a traditional political party, espousing platforms and ideas, arguing with the other party, and trying to govern. Instead they chose, thanks to Traitor Tot to align themselves with the worst, most anti Democratic forces the underbelly of the country has to offer.

The country has already been paying the ultimate price, for years now. Trump wasn’t even around in the political arena yet when the despicable Caribou Barbie posted a political ad with literally sniper sights on a map, highlighting vulnerable Democratic districts. As a result, Arizona Democratic Representative Gabrielle Giffords was shot in the head in a meet-and-greet in a supermarket parking lot, barely surviving.

It has only gotten worse. In the last seven years, the increasingly violent GOP rhetoric has only increased the far right threats and in some cases, even outright attacks. In no particular order;

For one simple reason. The GOP House MAGA caucus is made up of mostly rich, spoiled, pappered, cloistered motherfuckers. They have no idea of who they’re really dealing with, because they have no idea of just how dark and dangerous the underbelly of this country can be. Because they’ve been protected from it.

And even Trump is an idiot. If that imbecile actually thinks that these far right militias are pledging loyalty to him because they agree with his politics, he needs an intervention. These far right nihilists will pledge allegiance to anybody in power who gives them official sanction to pursue their anti government, racist goals. Trump is nothing more than a means to an end, and now that he’s out of power, and in legal difficulty, they’ll drop him like yesterdays diapers.

Here’s a Newsflash! for the GOP House. A whole lot of these people aren’t really too tightly packed. And when you open your big, fat, ignorant GOP mouths, you had better be careful what you wish for. Because these Freddie Krueger’s are going to take you at your word! And how are you going to feel when some of the targets of your bad tempered tantrums start showing up at a morgue, fitted with toe tags?

Nah. Forget about it. I just wasted my time. As long as none of these selfish, narcissistic, ego driven GOP pricks don’t suffer the loss of anybody they know and love. it’s no skin off their noses. Hell, it’s all just a game. I;ve said it before and I’ll say it again now. The Republican party is a domestic terrorist organization. And they know it, and welcome it.