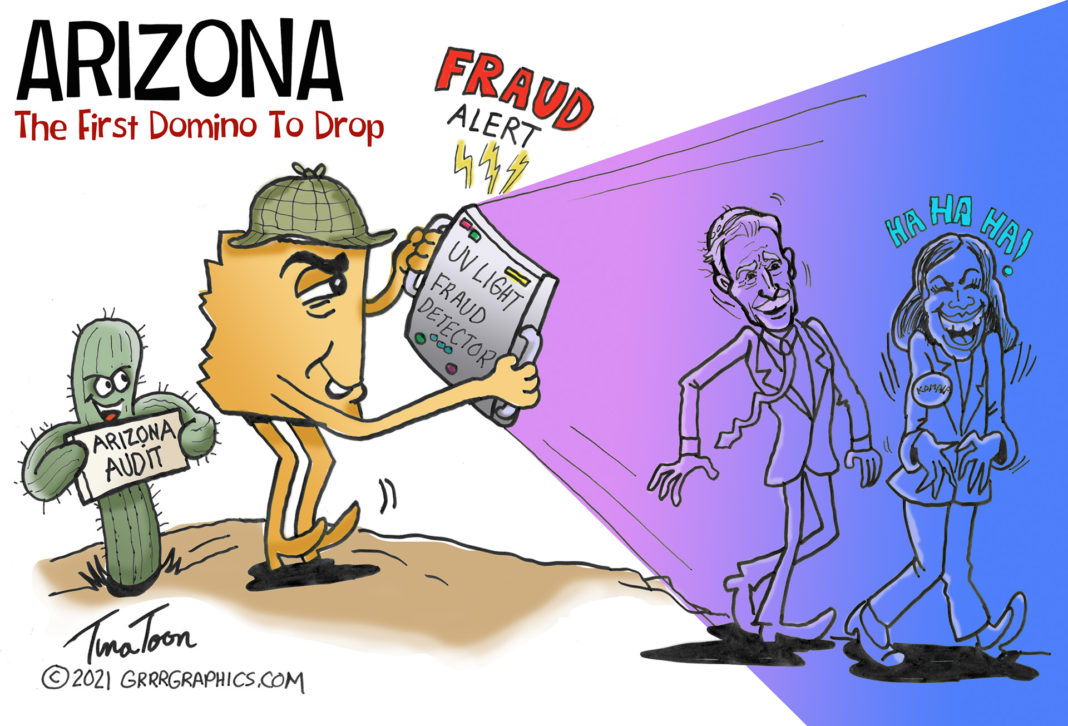 Arizona may end up being the Gettysburg of the Big Lie front of the cultural war, or at least that is devoutly to be wished. Two days ago Donald Trump told a whopper of a lie about databases being deleted in Maricopa County and several other unsubstantiated facts. If you didn’t read it already, read this piece on Steve Bannon megaphoning the audit silliness. It links to a letter that Trump had cited on his toy blog and that apparently caused the servers to crash.

More on that in a moment. Meanwhile, here is the Maricopa County Recorder’s reaction to the latest madness and it is a deja vu of Brad Raffensperger and all the election officials in Georgia.

Wow. This is unhinged. I’m literally looking at our voter registration database on my other screen. Right now.

We can’t indulge these insane lies any longer. As a party. As a state. As a country.

This is as readily falsifiable as 2+2=5. If we don’t call this out… pic.twitter.com/5tDy1wsZg6 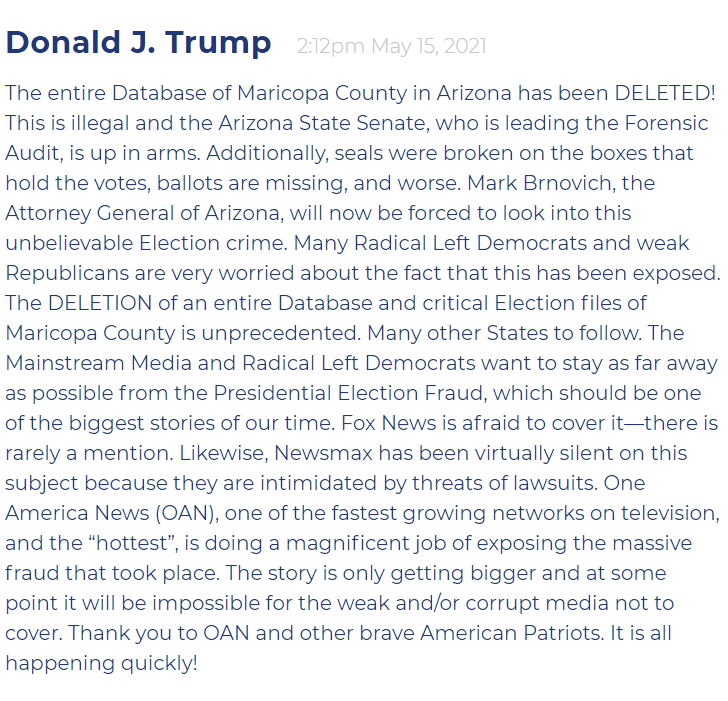 #RealAuditorsDont: Release false “conclusions” without understanding what they are looking at. @Maricopavote did not delete tabulation data. Board will lay out facts in Monday meeting. Read Chairman @jacksellers statement here: https://t.co/ZvUVXL0UbR #AZSenateAudit pic.twitter.com/yG76BVQw7k

The Board of Supervisors will hold a public meeting on Monday to refute lies alleged by the Arizona Senate and the people involved in its audit.
More: https://t.co/ZvUVXL0UbR pic.twitter.com/ks8f6ZeEGT

The thread continues, if you want to check out more of the same. I stopped here because yes, there is a meeting today of the Board of Supervisors and tomorrow is a meeting at the State Capitol to discuss the contents of the letter from the president of the Arizona State Senate which contains the lies that Trump then put on his website.

The website crashed on Saturday because of the letter, curiously enough.

Former President Donald Trump’s “From the Desk of…” blog crashed on Saturday. Users were greeted with an error message, saying “something has gone wrong and this URL cannot be processed at this time.”

The hourlong outage came after Trump posted a message about the ongoing election recount in Maricopa County, Arizona, according to the Gateway Pundit.

The message included unverified statements about election fraud in Arizona, saying “seals were broken on the boxes that hold the votes, ballots are missing, and worse.”  […]

His blog had about 212,0000 engagements during its first week online, notably fewer than some of his most popular tweets.

The battle is heating up, no question. And by the end of today, certainly by the end of tomorrow after the meeting at the State Capitol, a lot of confrontation will have taken place. As stated, this is Georgia redux.