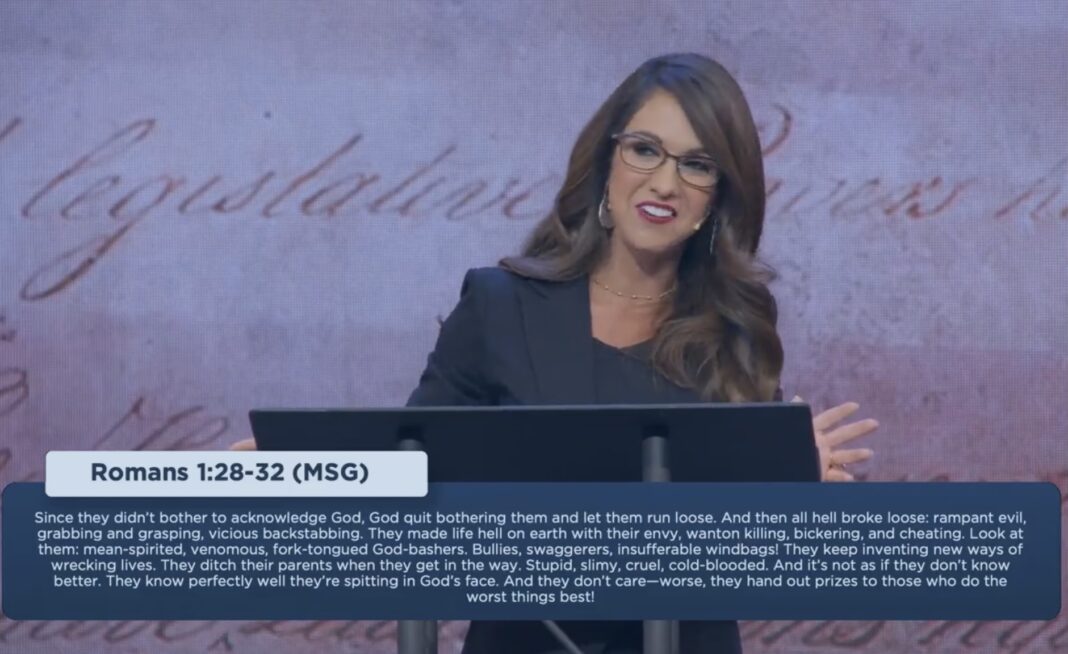 I don’t know if ya’ll need to be anywhere in the U.S.A. today, but if you do wear your slicker and a hard hat because it’s raining idiots out and, sadly, the long range forecast indicates we’ll just have more of this shit weather.

I promised you Boebert up top, and we’ll get to her, don’t worry, but I just have to comment on yesterday’s most typically America 2022 story, outlined expertly by Ursulafaw on our front page, about the Mein Pillow guy getting his fries tossed and his phone seized by the FBI in the drive-through lane of a Hardee’s in Minneapolis.

Seriously? How many #%%[email protected]##$$ phones do you need G-Man?

What, are ya’ll opening a Verizon kiosk on the side er somethin’?

Then, because the day wasn’t stupid enough, TFG had to weigh in on the loss of “majesty” the good ole USA suffered when Majestic Mike was cavity searched as he waited for his Double Western Burger and large curly fry…

Sir, this is a Hardee’s pic.twitter.com/OlkzPaYD7u

Late addition: Hardee’s gets in on the fun…

Not Missing A Trick 101 https://t.co/qSqZQLtzwJ

But the real loss of majesty, shit-for-brains, is that Leonard Cohen, Laura Nyro, David Bowie and Tom Petty are all gone now, but we are left bereft with two seventy something old men who eat like a bus load of high school footballers like Lindell your blovious (sic) self plotting the downfall of the Republic.

God not only plays dice with the universe, Einstein, he’s building a casino in Vegas.

Then there is this sad Ronald:

But I promised you the special idiocy that is Lauren Boebert, and, after that, we may as well laugh, so here goes:

Lauren is dim some.

I can barely pay my bills and this mistake of DNA is pulling down $174K. FML

So do they call the gazpacho police if there is a wonton killing?

Aunt Qunty’s Recipe of the Day:

Won’t find this on Truth Social:

Isn’t it about time in this country, that ANY person who wants to run for political office, should take some type of proficiency test?
We take SAT’s for college admission.
Should we not hold our political candidates to SOME type of standard? pic.twitter.com/2y7YRymjhu

But, in the end, the electorate is to blame.

Like I said, if you have to go out today, dress sensibly, it’s unfair to party stupid out there and…