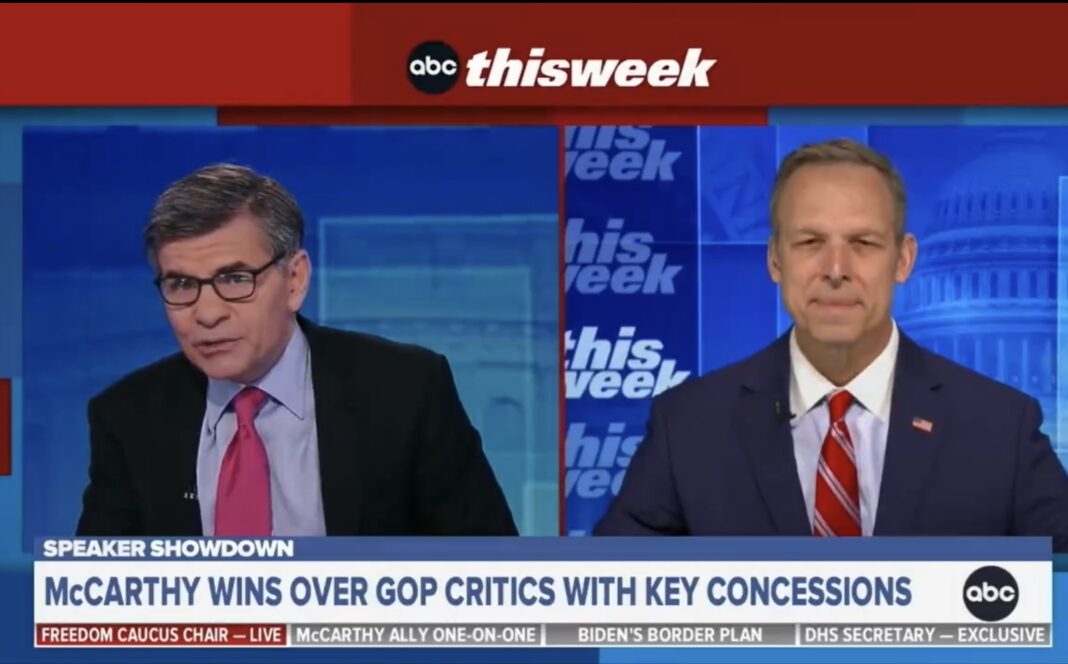 Seditionist Pennsylvania GOP Representative Scott Perry, who played a major role in Trump’s attempt to overturn the 2020 election results by ferreting out the one official in the Dept. of Justice willing to go along with Trump and Attorney John Eastman’s plot to subvert the electoral vote count – Jeffrey Clark – and introduced him to Trump, suggesting he be named acting Attorney General…

“In late December 2020, after Barr resigned (having told Trump privately and stated publicly there was no evidence of any significant electoral fraud), Trump relentlessly leaned on the Justice Department—mainly, Acting Attorney General Jeffrey Rosen and his deputy, Richard Donoghue—to affirm his baseless assertion that the election had been rigged. They resisted and repeatedly told Trump the allegations of fraud were untrue. Trump was not getting what he wanted from the department.

This is where Perry came in. He found a Justice Department official named Jeffrey Clark who was running the Environment and Natural Resources Division. Clark had nothing to do with investigating the allegations of election fraud, but he was willing to echo and legitimize Trump’s false charges. Perry introduced Clark to Trump, arranging a meeting between the two in the Oval Office on December 22. As the January 6 committee noted, “Clark’s contact with President Trump violated both Justice Department and White House policies designed to prevent political pressure on the Department.”

Perry also sent numerous text messages to Meadows urging that Clark be promoted within the department, presumably to a position in which he could compel the Justice Department to assist Trump’s bid to retain power. In one message, Perry referred to the upcoming certification of the electoral vote and declared, “11 days to 1/6… We gotta get going!”

… had the nerve to go on This Week With George Stephanopoulos and evoke the name of Frederick Douglass while claiming that Nancy Pelosi ran The House “like a prison camp”.

Scott Perry began his interview on ABC's This Week by claiming that Nancy Pelosi "ran Congress like a prison camp." George Stephanopoulos let it slide. pic.twitter.com/iGnw7GuwYD

“Nancy Pelosi ran Congress like a prison camp,” Rep. Scott Perry said Sunday in saying why he thinks Congress will be better now with Kevin McCarthy as speaker of the House.

Speaking on ABC’s “This Week,” the head of the House Freedom Caucus made the statement about the former House speaker in explaining why he had switched his vote to backing McCarthy after repeatedly rejecting him. McCarthy was elected speaker late Friday after overcoming opposition from Perry (R-Pa.) and other Republicans that had persisted over several days.”

Perry and fellow Trump Coup backer Jim Jordan have both been running their heads about how the rule changes, especially those that allow The House to interfere with ongoing Criminal Investigations by the DOJ, reluctantly agreed to in the 11th hour by McCarthy to insure his election to Speaker, are about justice for “The American People” when they are really about attempting to evade responsibility for their seditionist activities.

That he puts the names of patriots like Douglass and Nancy Pelosi into his foul mouth while doing so should be another crime in itself.

Scott Perry on if he'll participate in House GOP's investigation of J6 investigators even though his phone was seized as part of J6 investigation: "Why should anybody be limited just because someone has made an accusation? Everybody in America is innocent until proven otherwise." pic.twitter.com/wE2KzWmuc6

Um, Scott, do they allow criminal defendants who are just “accused” to sit in on deliberations of prosecutors?

Too stupid to rebut.

Jeeze, the nerve of this A-Hole.