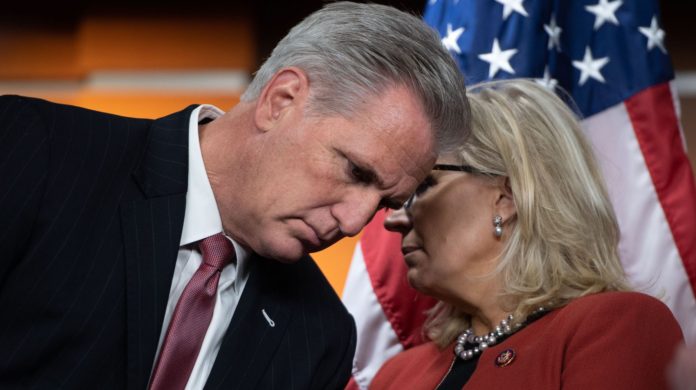 The inmates are running the asylum

You know what? At this point, all the Democrats need to do is to get a few things done, promote a unified front, and maintain a coherent message going into 2022.  Because the GOP is going out of its way to blow itself out of the water.

Check this out. Mitch McConnell has been telling his caucus to go out of their way to be extra nice to Democratic Senators Joe Manchin and Kirsten Sinema, to keep them on the fence about torpedoing the filibuster, make them believe that bipartisanship is still possible in the US Senate among like minded individuals. Now they’re about to filibuster a truly bipartisan bill, negotiated between a Democrat and a Republican in the House, because Trump doesn’t want a bipartisan commission. Think that might change Manchin’s mind about the filibuster?

But it’s even worse than you think. Because the House is where the action is, that’s the chamber that that the GOP desperately wants to flip, to stop the flow of progressive bills from going to the Senate. And they are fucking it up royally.

House Minority Leader Kevin McCarthy led an internal civil war to remove Liz Cheney from her leadership post for not bowing to the mantra of Trump. When Cheney refused to buckle, and hit the same media outlets to fight her ouster, McCarthy went radio silent, and let Trombie Elise Stefanik make the pitch for party unity and a forward looking message.

Which left a messaging vacuum. And look what happened. The Boobsy Twins, Matt Gaetz and Marjorie Taylor Greene, took their clown car circus on the road. They held rallies in Georgia, Florida, and Arizona, in all of which they were taking full credit for speaking for the Republican Party. And there is absolutely no coherent GOP alternative response to their drivel to be heard!

This is the real problem with the GOP’s internal struggle. While McConnell and McCarthy are busy trying to provide a united front against the insurgents from without, Laborious MTG and Matt Gaetz Animal Gaetz are zooming around the country, holding whack-a-doodle rallies, and claiming to speak for the party. The party is powerless to stop them, especially since they’re all terrified of Trump, and these two idjits are Trump’s anointed ones.

This is going to be a major ongoing problem for the GOP going forward. Because “The McConnell”, McCarthy part of the traditional GOP is incapable of putting forward a consistent, coherent message. But the Gaetz-Greene daily double is going to be out there every week, slumming around and spreading around the Q-Anon word. Sweet Jesus! You thought that middle class, white, suburban soccer moms hated Trump, wait until they get a load of this gruesome twosome in their neighborhood! Don’t touch that dial.