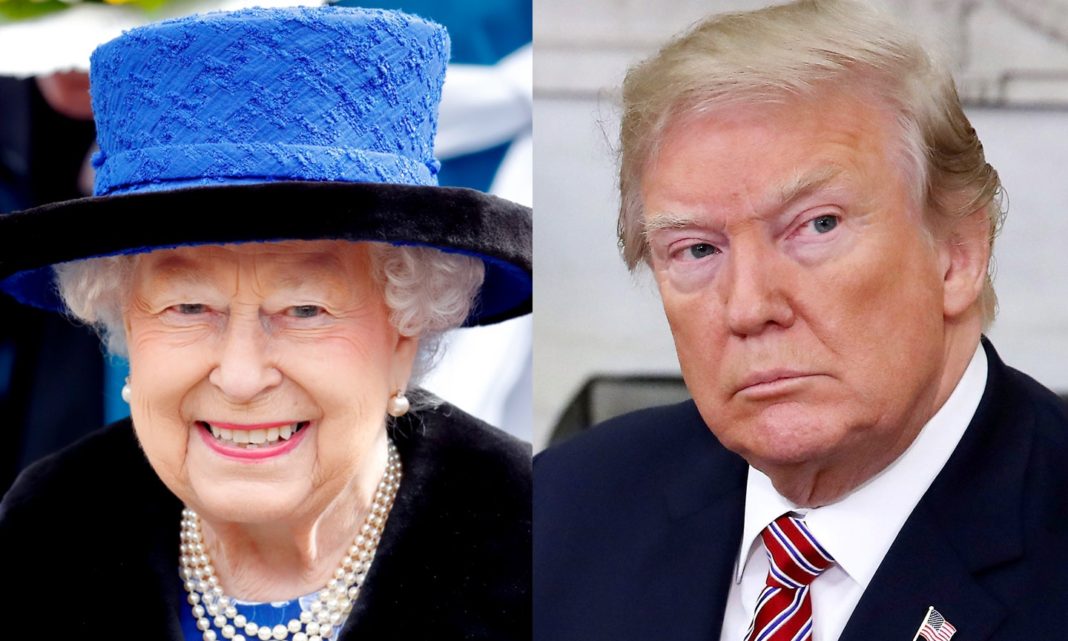 Trump’s been given the finger by Buckingham Palace, in a subtle and ingenious way, and Joe Biden has been taken off the hook. I love it. Palace etiquette and palace intrigue go hand in glove and I say bravo to this maneuver.

As you heard, Joe Biden announced he would attend the funeral of Queen Elizabeth and it was speculated that he would take a delegation with him, and that said delegation could include past presidents — and possibly Donald Trump. Trump has been slavering for an invitation.

He went out of his way to write a piece for the Daily Mail about how great the Queen was and how they were BFFs. That didn’t cut any ice with the Royal Family, apparently, because today it was announced that they issued two individual invitations to Joe and Jill Biden and CNN is reporting that there will be no delegation. Insider:

Queen Elizabeth II of England died Thursday afternoon local time after 70 years on the British throne. A state funeral is planned for September 19.

But amid the preparations, the Bidens have received two personal invitations, rather than being asked to form a US delegation, according to CNN, which cited unnamed White House officials.

Amid the general expectation that the White House would be invited to form a delegation, there has been chatter weighing up whether Biden would involve Trump. A spokesperson for the 45th president did not immediately respond to Insider’s query. […]

However, it’s never been entirely clear whether that affection [Trump’s for the Queen] was reciprocated. Trump’s visits to the UK were marred by mass protests and moments when he broke protocol, including keeping her waiting for around 10 minutes.

He kept the Queen waiting, which was a horrifically rude thing to do to any 92-year-old woman, let alone the Queen of England. He also walked in front of her and other ridiculous faux pas. Then Melania committed gaffe upon gaffe. She wore her hat inside the palace and she was bare legged. You don’t present yourself to the Court of St. James dressed like a Piccadilly tart. But she did.

Don’t get me started on her gauche canary yellow costume that looked like she was part of a road show of Beauty and The Beast — which in a certain sense she was, so maybe that garment was appropriate. It looked utterly ridiculous in that setting, but she has no fashion sense. As long as all eyes will be upon her, she thinks she’s well dressed. All the other women are wearing cocktail dresses, she’s wearing enough fabric to upholster a couch. 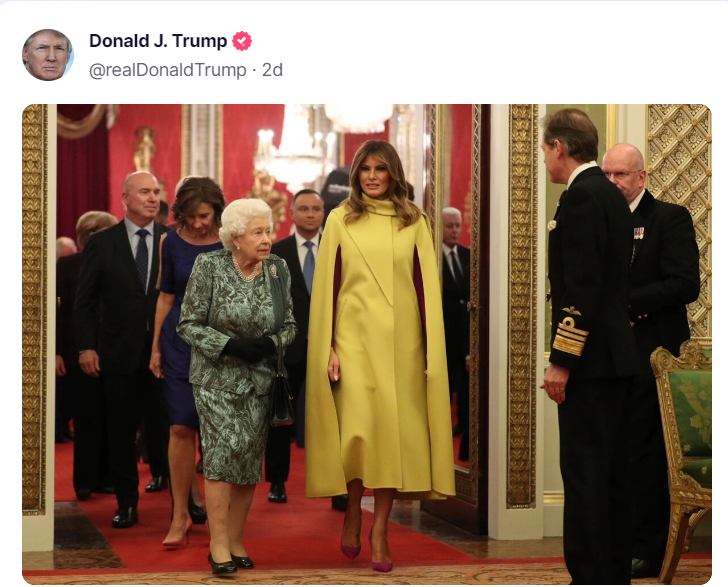 It is possible that the Trumps will receive individual invitations themselves, but I wouldn’t bank on it. If any other invitations would be sent, it would be sent to the Obamas, who were well liked by the Queen and they haven’t received them, at last word.

Kimberly Guilfoyle, who touts herself as a “friend” of King Charles hasn’t received one either. But the day is young.

I wonder if Trump’s unremitting praise for King Charles is going to continue after this.