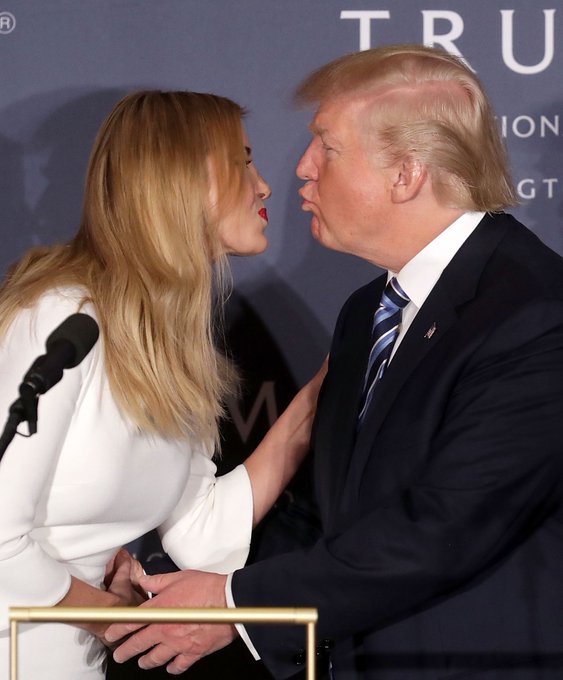 Lots of interesting Ivanka Trump news lately. She’s decided to resign from politics, ergo she won’t be available to help Daddy on the campaign trail. Ivanka and Jared are rumored to be FBI moles, at least this is Michael Cohen’s opinion. And now we find out that while the entire Trump family was told that the court would appoint a financial monitor with respect to the Trump Organization case, only Ivanka tried to carve out an exception for herself. Daily Beast:

Ivanka Trump tried and failed last week to slink out of having a court-appointed monitor watch her financial moves, as New York prosecutors worry the Trump Organization and its executives may quietly try to relocate assets in anticipation of law enforcement action, according to a source familiar with those deliberations.

In private letters, Ivanka’s attorneys tried to exclude her—and only her—from a New York state judge’s order that laid out how the family company is going to be overseen in the coming months, this source said.

On Thursday, Justice Arthur F. Engoron took the boldest move yet against the former president’s company. He gave the Trump Organization two weeks to give retired federal judge Barbara S. Jones “a full and accurate description of the corporate structure,” empowering her to review “all financial disclosures to any persons or entities” by the company. The Trumps must also inform the judge 30 days in advance of shifting any assets, ensuring they cannot outrun the New York attorney general’s $250 million lawsuit.

Ivanka has been trying to do a disappearing act for some time now. She was only too happy to be front row and center when things were going well, now that Daddy’s fortunes have reversed, so has she reversed course. But too late.

The AG’s office identified her as “a key player in many of the transactions” under investigation, given how she was involved in cutting deals that relied on faked documents. Investigators said “she was responsible for securing loan terms” from Deutsche Bank for the company’s golf course in Doral, Florida, which involved turning over her father’s personal guarantee and statement of financial condition—documents that relied on a mountain of dubious property valuations.

Investigators also pointed out that she “played similar roles” in obtaining financing for the company’s projects in Chicago and Washington, D.C.

Despite that history, Ivanka Trump’s attorneys are now leaning hard on the idea that she hasn’t officially been at the Trump Organization since she joined her father in the White House. While the company has asked New York’s state appellate court to freeze the use of a monitor to surveil the firm’s business practices, Ivanka Trump went on her own and made a separate argument: that she should be let off scot-free.

What makes Ivanka’s situation different from her brothers’ is that she wants to maintain an image of saintliness. Everybody knows Eric is clueless and Don Junior is out of it, whether on chemicals or just from being an “animated guy,” but Ivanka wants and needs to maintain her image as above the fray. She’s one of the beautiful people and she wants it to stay that way. She doesn’t want any of Daddy’s transgressions sticking to her. Unfortunately, it seems a bit late for all of that.

I wonder what she wants to hide that the others did bother to even try to? And wouldn’t it be interesting if some light was shed on hubby Jared’s $2 billion deal with the Saudis?