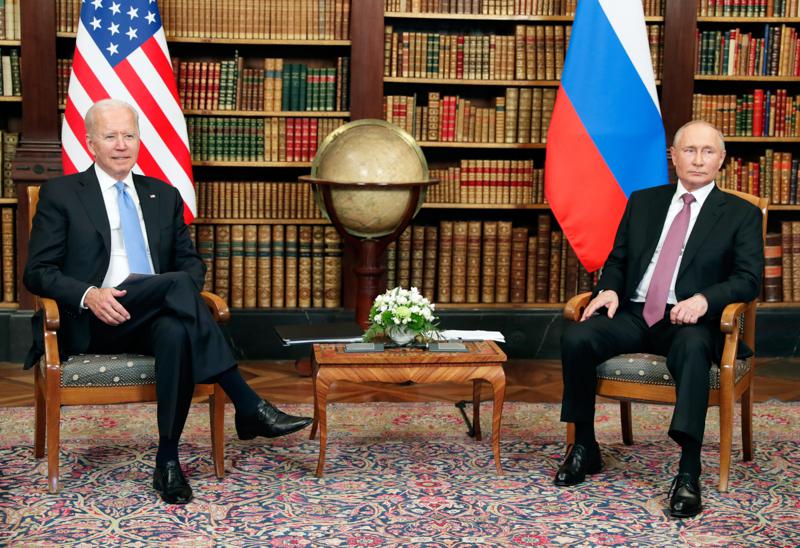 I love it when things come together. I have written a couple of times that Biden has run strategic rings around Putin, first by aggressively declassifying information and releasing it to the world in the run up the war, denying Putin all of his desperately desired bullshit excuses to go to war. And since then, he’s done the same thing, declassifying and exposing Putin’s more nefarious plans like possible use of chemical or biological weapons. And it’s driving Putin nuts.

And more recently I wrote that when it came to Putin, you could start looking for heads starting to roll soon, and possibly literally. Putin doesn’t like looking like a fool, but like Trump, he won’t accept responsibility for his own stupidity. He’ll lash out at others.

Let the games begin. MSNBC reported today that over the weekend, Putin made a move. He purged more than a dozen top military and intelligence officers and advisors from his war cabinet. This being Putin and Russia, there was no news on the physical well being of those purged, or their life expectancy. But obviously what well placed Cardinal the CIA has in the Kremlin is driving Putin insane, and he wants him shut up.

I don’t know that it worked out very well for him. Because mere hours after the purge hit the news, the Pentagon pops up like a groundhog and announces that it has reliable intelligence that Putin has asked China for military equipment for it to stick into Ukraine. Granted, the military may have had this info for a while, but the pure timing of releasing it hours after the news of the purge is announced will only drive Putin crazier.

The funny thing is that this announcement, and the timing, might just square the deal for Putin. Since the start, the Chinese have played a strange game with this, like they’re trying to walk between raindrops. Xi graciously hosted Putin in the lead up to the Olympics, and China made vague moo-moo noises about helping Russia survive sanctions. And while they have refused to vote to condemn Russian aggression in UN Security Council motions, neither have they voted to support Russia, they have simply abstained from voting.

But the mere fact of this information places Xi and China in a precarious position. It shines a bright spotlight on China in a world united against Putin, at a time when China would much rather stay in the shadows. And if Putin’s request for military assistance in Ukraine can be made public by the Pentagon, then Xi has to figure that whatever ultimate decision he makes is also highly likely to become public. Which may change his calculus.

From day one, Biden and the administration have played this perfectly. Releasing his secret plans played on Putin’s paranoia until he took the step of purging more than a dozen military and intelligence advisors that he trusted enough to put there originally. And now they may have forced China into making a decision it really doesn’t want to make. Because you can bet your ass that the State Department has already started whispering quiet words of advice to China as to what’s in its best interest. And top American and Chinese diplomats meet in Europe this week. That should be interesting. Don’t touch that dial.