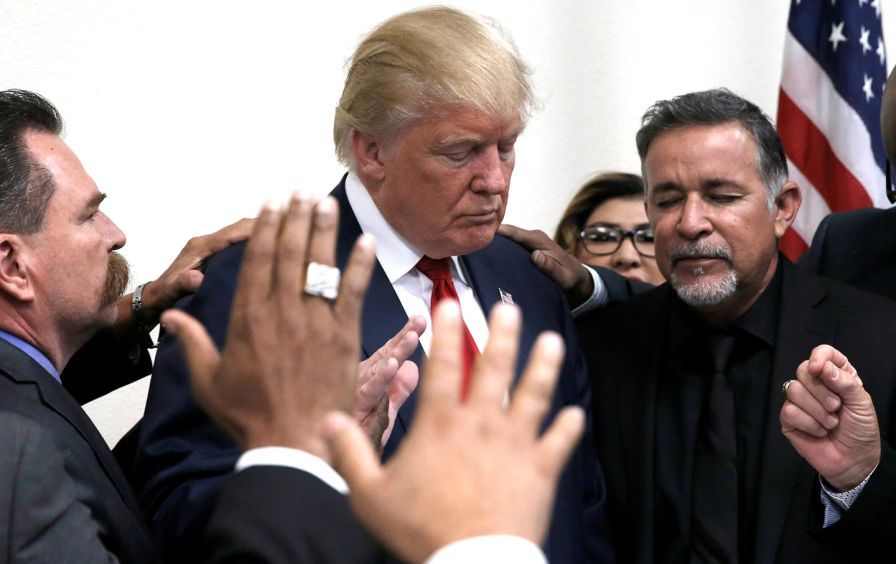 Maybe this will be like a game of perpetual musical chairs, the inauguration day for the return of Donald Trump to power will just keep going out into the future, extension after extension, rationalization upon rationalization. As of today, March 20 is the new date. We don’t know what happened to March 4, we just know that now it’s March 20.

Transcribed the March 20 stuff, if @travis_view knows what this means pic.twitter.com/doKxNw7Oaq

Not sure how anyone was able to see the Biden/Harris inauguration before it aired, time travel maybe? Who knows?

I suspect it's glommed together from Jan 20, March 4 (the old inauguration), 20th Amendment and some of the more numerological parts of QAnon like this: https://t.co/CgxFDRcE05

Check out this guy’s bona fides as a wingnut.

Same guy? The pic on the right is from UTR in cville 2017 ? pic.twitter.com/9jBYoRqx8U

He said all that shit. Then he simply went home. pic.twitter.com/ocGRj2vigk

I am very enamored of the levitating sofa. However, some kill joy down thread pointed out that it’s something called a “couch swing” and you can see the ropes. Ruined my day, because I was thinking that here was evidence at last that these people are from some other world. Nope.

It's a couch swing. Embiggen the picture and you can see the ropes.

Put March 20 on your calendar. It’s the Spring Equinox, as good a day as any for a presidential inauguration. Personally, I’m going for April 1 as Inauguration Day, because then I can cop out and laugh “April Fool” and dance away. Hey, it makes as much sense as any of the rest of this nonsense.