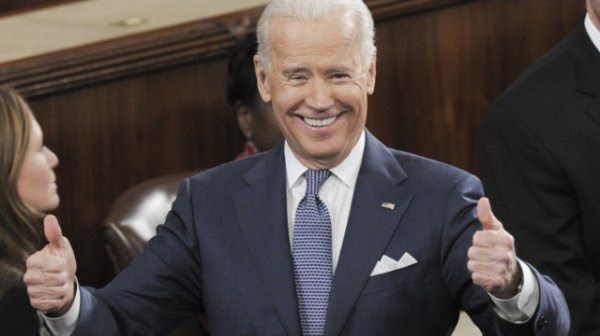 Come on Roger! How many times do we gotta do this damn scene?!   Baby Herman   Who Framed Roger Rabbit

I’m sorry Mr. President, but it’s time for another road trip. On Tuesday President Biden and First Lady Jill Biden will travel to Buffalo to meet with and at least try to console the families of the racist Tops supermarket shooting yesterday. And in doing so, President Joe Biden will have another small piece of his soul torn off.

It is by far and away the worst part of the job for an American President. At some point in a President’s tenure, there will be a disaster, a flood, a hurricane, tornadoes, or more likely these days, yet another mass shooting. And the President will have to hop on board Air Force One, and go to console the families.

Some Presidents have the touch, and some don’t. Reagan had the touch, as he so eloquently showed in his speech about the Shuttle disaster. He just had that look. Clinton had that touch after the Oklahoma city bombing. And Obama was a master. Remember the honest tears when talking about the lost children of Sandy Hook, and the emotional singing of Amazing Grace at the funeral of the Reverend Pinkney after the Mother Emanuel AME shooting.

Some don’t. President George W Bush didn’t, as much as he tried. His greatest sin was banning cameras and reporters from the Dignified remains transfer for returning dead US soldiers at Dover Air Force base in Delaware, because he thought the images would hurt him politically. Fuck that. And Trump was a national disgrace, which is why none of the families of the Route 66 Festival massacre in Las Vegas wanted to meet with him, and neither did any of the survivors still in the hospital.

But in my 65 years, I have never seen anything quite like Joe Biden. Look, we all have gone through personal loss and anguish. We lose a parent, a spouse, or God forbid a child. But Joe Biden has had to suffer through more than most would in two lifetimes. The loss of his beloved wife and daughter in a horrific car wreck, hospitalizing his two sons. Seeing his son survive a combat tour in Iraq with a Bronze Star, only to lose him to brain cancer. And trying to shepherd his other son through substance abuse.

You can say what you want about Joe Biden, but what you can’t say is that you’re not getting authentic Biden. Is he perfect? Of course not, that’s why he’s occasionally referred to as a gaffe machine. But what he is is an honest, sincere, kind, devout catholic family man, and that shines through in everything he does. He really tries.

And he wears his heart on his sleeve like no man I’ve ever known before. He has over the years learned to deal with his incredible load of grief. And he has learned to share it. He did it again today in the Rose Garden, when speaking to the families of fallen police officers from 2021. I can almost recite it by rote, I know the feeling. Believe me I know the feeling. That feeling of rolling over in bed at night, reaching out, and feeling an empty space on the other side of the bed. I know the feeling of sitting down at the kitchen table to eat dinner, and seeing that empty chair at the table. But it gets better. Please believe me, it gets better. There will come a day, maybe not tomorrow, maybe not next week, but there will be a day when you think of your loved one, and it will bring a smile to your face before it brings a tear to your eye. It gets better.

He’s done it with hurricane survivors. He’s done it with mass shooting survivors. He did it with the families of Covid losses. He has done it more times than I can count in less than 2 years. And if you look at his face, and you listen to his voice, you can see that he is literally laying his own soul bare to empathize with those grieving family members. And in doing so, you can see him ripping off a little piece of scab that he thought had long ago healed over. That’s just Joe.

And now, on Tuesday he’ll do it again. He’ll go to Buffalo, he’ll greet, he’ll console, he’ll hold, he’ll shed tears, and he’ll do everything in his power to give them a little peace. And in doing so, he’ll scrape off another raw little bit of himself. I don’t know how he does it. I sure as hell couldn’t. But I couldn’t have more respect for him.