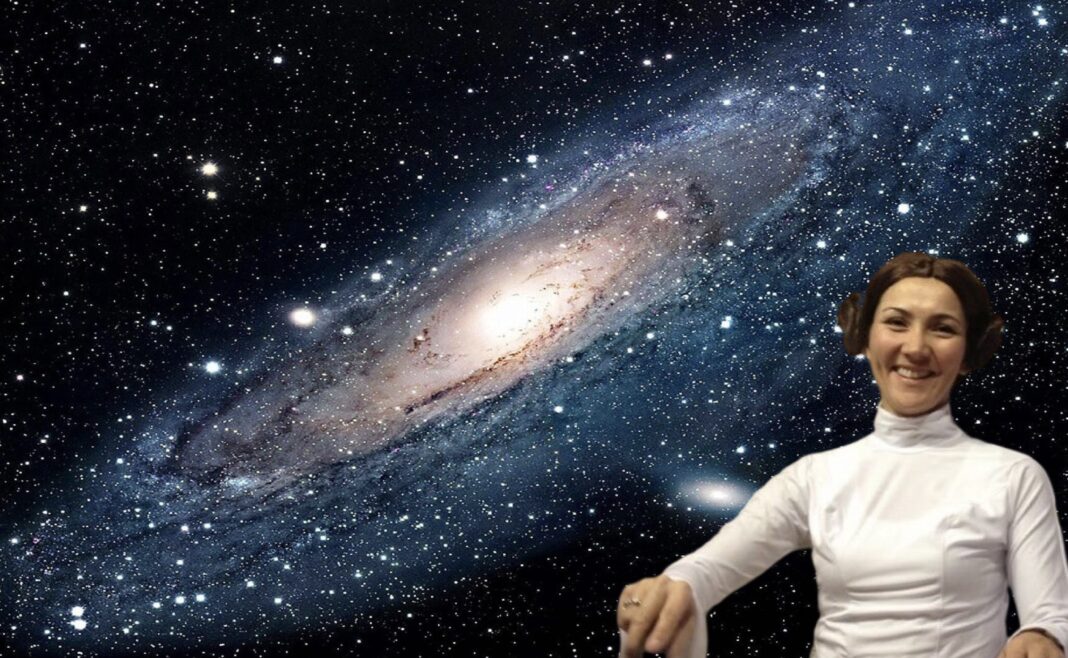 A couple of weeks ago, after native Alaskan Mary Peltola defeated decidedly non-native Alaskan Sarah Palin in a special election to become Alaska’s first indigenous member of the U.S. House of Representatives, Luke Skywalker…er… Mark Hamill, whose force is always with Democrats, transmitted a congratulatory tweet to her sector of the galaxy, which Ms. Peltola responded to in a very cool way (and which I could not resist augmenting for the top photo)…

But the real fun began when twitterers intercepted the message and began transmitting themselves:

Princess Peltola, your victory against Darth Palin was really a New Hope for both the Alliance and the whole planet !… 😍
Congratulations from France & Use the Force !… 🙂

You can say that again, Christophe, bring the Death Star down we will.

Fancy an appetiser before the meal? pic.twitter.com/kCeTIJ1ZOT

I just blurted out, "Holy sh*t that's the coolest tweet ever."

😂😂 Best Response @MaryPeltola – that’s it! I’m donating!! And May the Force Be with You.

Donate we all shall.

I think you can call him "bro"

I love that a Native person is going to congress and I love that she loves Star Wars.

Naysayers can eat Bantha fodder for all I care!

Rep Peltola is the Jedi we have been looking for.

Wouldn’t it be cool if she were the one to keep Nancy in the captain’s chair?
🥂 🙌 🙌

Looks like @MaryPeltola won the internet today. I can sleep peacefully tonight.

She sure did. Cograts to Mary, who was sworn in today.

May the Force be with her on Election Day!