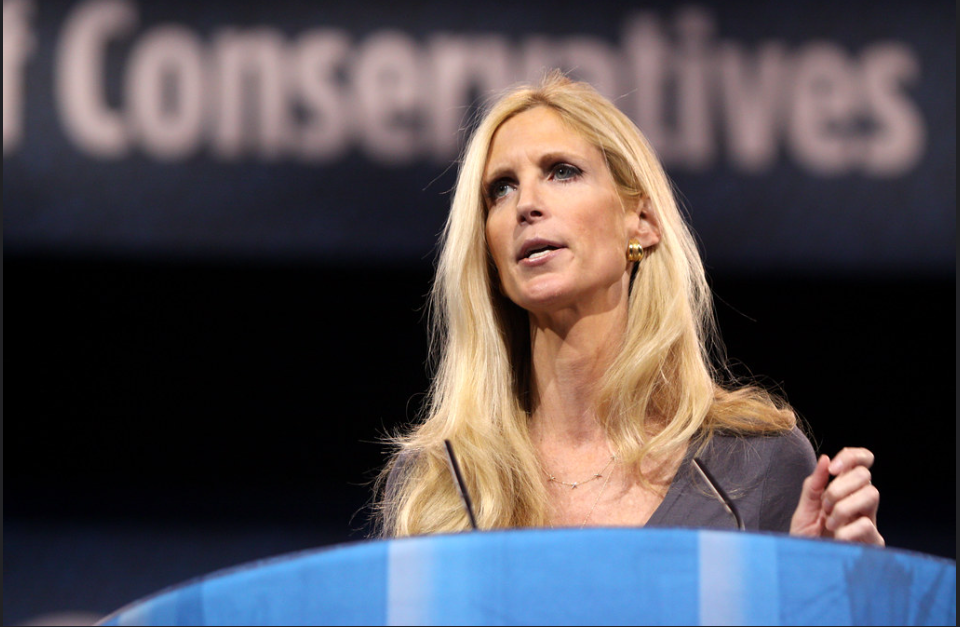 Wow. This sure isn’t something that you see every day.

You well remember Ann Coulter, she who penned “E Pluribus Awesome” and was Donald Trump’s biggest cheerleader for many years, part of his Blonde Squad, along with Kellyanne Conway and Kayleigh McEnany and his daughter?

Trumpty could do no wrong back in the day. Now that day is done, and here is what Coulter has to say to the man she formerly worshipped.

Coulter said back in January that Trump is “done” She said, “You guys should stop obsessing over him.”

And she also said this.

EXCLUSIVE: Trump is demanding to know Ron DeSantis's booster status, and I can now reveal it. He was a loyal booster when Trump ran in 2016, but then he learned our president was a liar and con man whose grift was permanent. I hope that clears things up.

So much for this sycophant, Donald. Time to go find yourself a new one.

And then there’s this.

Alex Jones’ head is cut off at the bottom of this tweet, but it quotes him saying, “I’m voting for Ron DeSantis.”

Anybody got one of those long bar-b-que forks? We need to stick one in the GOP. It’s done.

And I can’t wait to hear what Coulter’s new nickname will be when Trumpty gets wind of this. Oh, mama.

Trump Screaming In All Caps, Still Locked In 2020 and Denying...