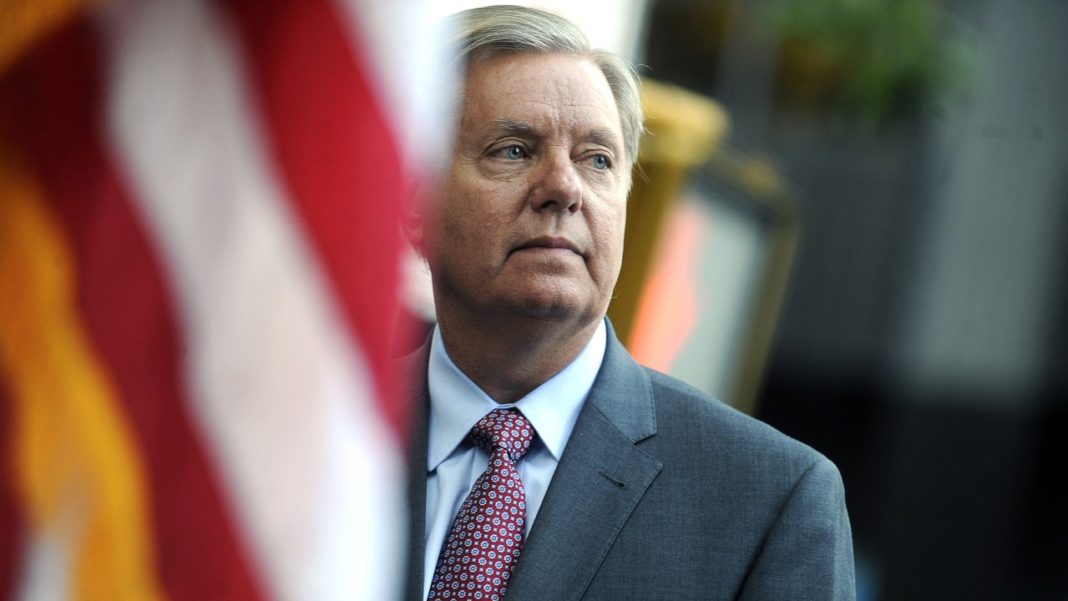 Oh, this just keeps getting better and better. When I saw this tonight, my mind flashed back to Leningrad Lindsey Graham, coming down the steps of the Fulton County courthouse, after his pathetic attempts to derail justice had failed, telling reporters, I answered every question I was asked. Y’all know that that means, right? It means the answers were, I don’t know. I don’t know. I honestly have no idea. I can’t recall. I don’t know. After all, he did answer the questions, not invoke his 5th Amendment privileges.

But as more and more of the J6 committee transcripts keep coming to light in the waning days of the committee’s existence, it starts to turn out that what some shitheels like Graham don’t remember doesn’t really matter so much anymore. Because it turns out that plenty of other people remember, and they blabbed to the J6 committee.And it’s putting miscreants like Graham in a very uncomfortable place.

Let’s start with former Trump lawyer Christina Bobb. I say former because as it turns out, after signing a fraudulent affidavit attesting to the DOJ that Trump had turned over all of the classified material, at the request of other Trump lawyers with more brains, and weeks before the raid on Mar-A-Lago, Bobb has dropped Trump as a client, and retained her own criminal defense counsel. And yes, this snake pit is exactly what the Trump legal defense team looks and acts like.

The problem for Graham is that once his role became public and clear, he had no business doing what he was doing. Graham is the senior Senator from South Carolina, and that’s it. He has no business getting involved in the internal electoral politics of another state. Graham tried some lame ass legal bullshit about Senatorial speech rights and privileges, before being shot down by every court that reviewed the case.

What has me drooling, and likely Graham sweating, is a transcript that was read on MSNBC tonight. It was a transcript of a phone call between Bobb and Graham when he was trying to stick his pudgy fingers into Georgia’s electoral business. Bobb was telling Graham about some preliminary investigations that showed that there may have been dead people who voted in the election in Georgia. Graham asked how many. Bobb answered At this point it looks like a small number. To which Graham replied, Fine, send me a small sample that I can take down there to champion the case.

To show just how ridiculous and stupid this whole exercise is, let’s just look at the actual statements of 2 of the principles’ in this whole debacle;

OK all of you lovely people, you explain it to me. In what alternate universe does a small sample of possible fraudulent votes, most likely less than a half a dozen, somehow morph logically into an argument that there are more than 12,000 fraudulent votes floating around out there in Georgia?

Bobb is in deep shit, for one simple reason. Why was she communicating with Graham in the first place? Graham wasn’t her client, Trump was. And Graham wasn’t a part of the Trump legal defense team arguing all of those bullshit cases in court. And Graham had no legal standing to argue voter fraud in Georgia. This kind of fast-and-loose conduct only makes it harder for Bobb to justify her later actions in signing the affidavit. Because even a 3rd year law student knows that you never attest to something in a legal court filing that you can’t prove up in court. That’s how law licenses are lost.

And Lindsey Graham had better damn well have an outstanding criminal defense attorney on tap. Because in his initial court filings contesting the grand jury subpoena from Fulton County, Graham claimed that he had had no prior contact with Trump, but was acting on his own initiative in requesting clarification on mail in ballot signatures from the Georgia Secretary of State. And now we have a sworn transcript that Graham was in contact with a Trump lawyer, who cued him in to possible voter fraud in Georgia. And Graham ate it up.

I find it literally impossible to plumb the depth of this kind of stupidity. These people aren’t, or shouldn’t be morons. Graham is a barred lawyer, and so is Bobb. They both know the rules. But because of the pardon pen, as well of the public perception of Trump’s invincibility, they all felt free and emboldened to play fast-and-loose, because they’d never get caught. Guess what? Peek-A-Boo, assholes!