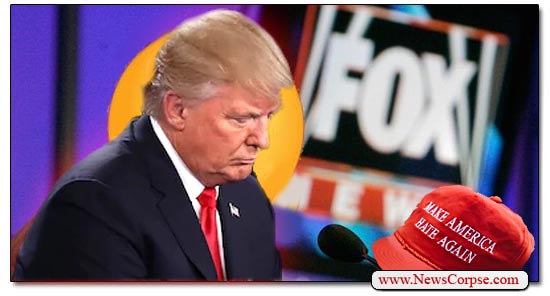 Donald Trump is toast. Burnt toast, at that. His BFF of 25 years now, Laura Ingraham, has said in essence, the party’s over, it’s time to call it a day. This is particularly intriguing since just last Monday Ingraham said, “When we get power back, it’s time to hold everyone accountable. The military leadership, the civilian leadership, the civil service, those in Congress who have abused their power, all of them have to held accountable.” That was the night of the raid, but this is now. The Hill:

“People conflate Trump with people’s overall sense of happiness in the country. Donald Trump’s been a friend of mine for 25 years, and I’m always very open about this on my show. But, you know we’ll see whether that’s what the country wants,” Ingraham said during an appearance on Lisa Boothe’s podcast. “The country I think is so exhausted. They’re exhausted by the battle, the constant battle, that they may believe that, well, maybe it’s time to turn the page if we can get someone who has all Trump’s policies, who’s not Trump.”

Trump has unleashed a streak of populism in the Republican Party that might not appeal to voters writ large in 2024, Ingraham theorized.

“The other problem is that it’s really not about Trump, right, this is about the views that Trump now brought to the floor for the Republican Party,” Ingraham said. “They don’t like his views, they don’t like the fact that he called out the military for their failures, that he wanted us to pull out of Iraq and Afghanistan. That he wanted to treat China and our trade relationship with China in a much — it was smarter, but much different way than the globalists preferred. And they certainly didn’t like the fact that he sent all those illegal immigrants back to Mexico with that Remain in Mexico.”

And Ingraham’s not the only traitor at Fox News. No, Sir. Not by a long shot.

On Monday morning, “Fox and Friends” host Steve Doocy called on the former president to “tamp down the rhetoric” against the Justice Department and FBI following the Mar-a-Lago search and implore his supporters not to threaten members of federal law enforcement.

“Whatever we can do to help — because the temperature has to be brought down in the country,” Trump told a Fox News hours after Doocy’s remarks. “If it isn’t, terrible things are going to happen.”

This is going to be an eight-ketchup bottle night when Trump gets wind of this. If you thought he was mad when Fox News called Arizona for Biden, you ain’t seen nothin’ yet.