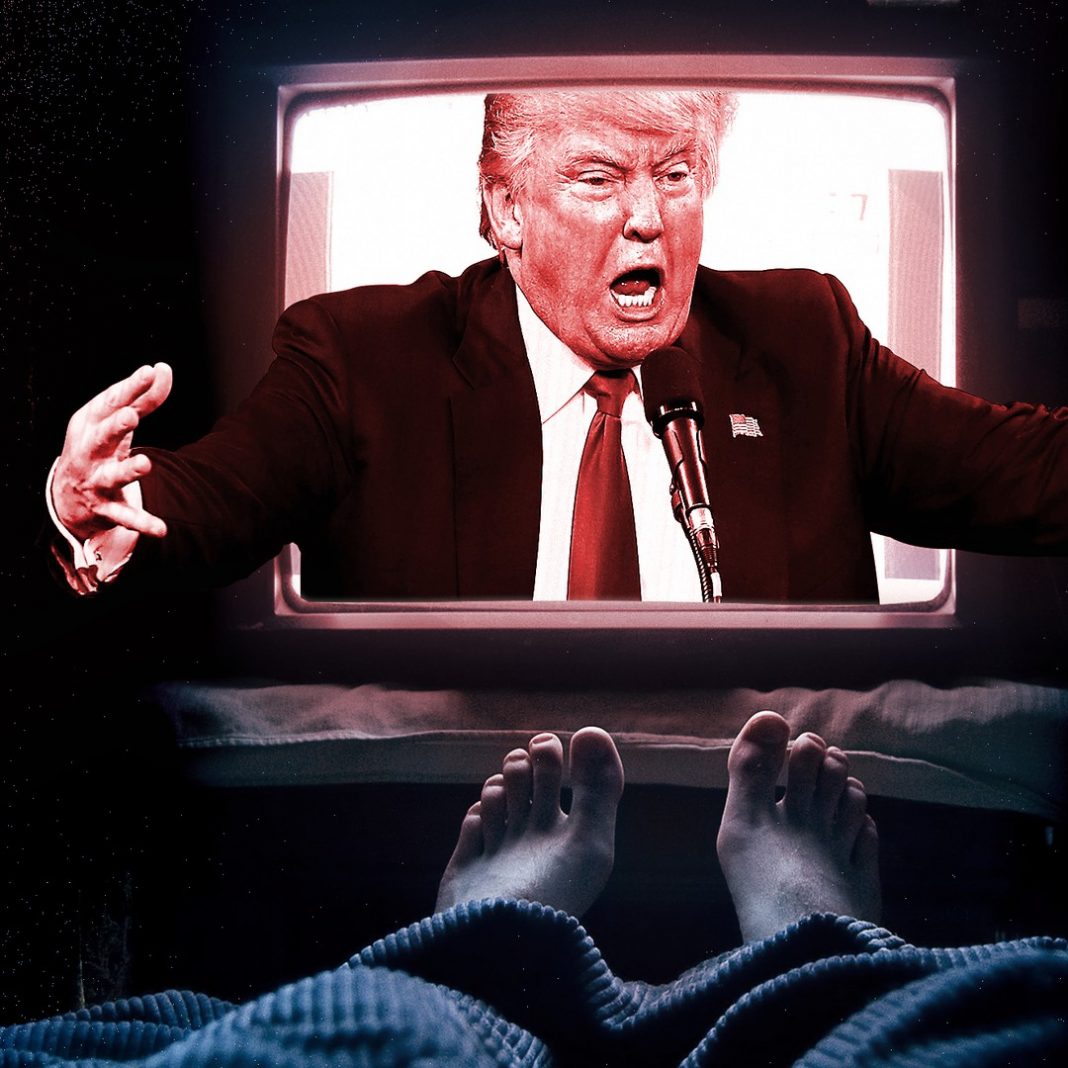 Will somebody please hand Donald Trump a case of ketchup bottles to hurl at the walls so that he can get it all out of his system? He is rocking out today and his posts are getting stranger and stranger. Maybe Melania should forget about grinding up Valium in the Diet Coke and just get him an injection of Thorazine. Stat. 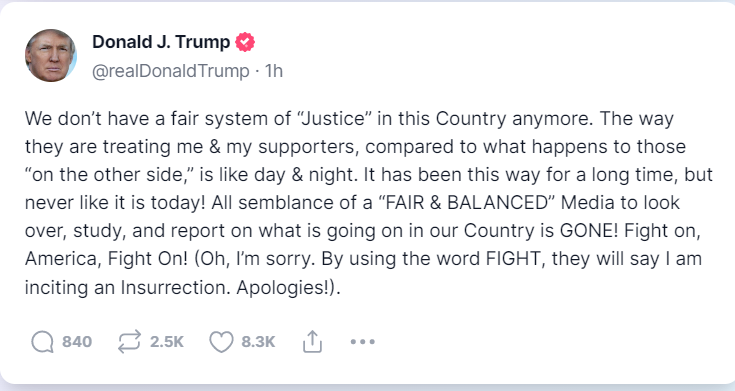 This is Trumpspeak for, “OMG, now it’s all coming out. Rudy said it wouldn’t, Sidney said she would fix it, but they were WRONG!!! Why did I listen?!? Now what am I going to do???”

This next one is plain weird. Your guess is as good as anybody’s and I can’t find out elsewhere on the internet what he’s talking about.

She called the Committee “B.S.?” No clue.

The rest is what you would expect. He put AMERICA FIRST in all caps, the usual.

I think he’s scared spitless about Ron DeSantis reportedly measuring the curtains in the White House. That, on top of all his legal issues and the possibility of a criminal referral from the J6 Committee is what has Trumpty Dumpty sizzling hotter than the cheesedogs on the grill this 4th of July.

And he has cause to be scared. He is becoming increasingly less relevant and DeSantis is hanging in there solidly. That’s one reason he clings to Truth Social, but it doesn’t have a big enough audience for him. PoliticusUSA:

The 1/6 Committee has Trump rattled. He has spent days on “Truth Social” ranting, raving, sulking, and complaining about the hearings.

The big problem for Trump is that he tried to use Fox News to counter-program against the hearings, but Fox has been crushed in the ratings by all of the networks that are covering the hearings. Trump is left to hang out on little-watched networks like Newsmax because he refuses to do any interviews where he might be asked difficult questions.

Trump is hoping that he can launch his presidential campaign and get all of the free media coverage and a big platform that will allow him to push back against the hearings.

The free media ship sailed long ago on Trump. Networks stopped covering his events years ago because they didn’t draw ratings.

If Trump announces his presidential run, it will be a desperate move to ward off a potential criminal prosecution.

With calls for his arrest growing by the day, Donald Trump may run for president to try to avoid the consequences of his 1/6 crimes.

Now here is what happened on Truth Social a few hours ago, but nobody is paying attention. Trump posted a :28 Independence Day clip and in it he said, “The best is yet to come.” Could that possibly be his announcement of candidacy?

The clip is on Rumble and I can’t embed it. But if you’re on Truth Social, you can link to it.

Trump just posted a video/ad on Truth Social. In it he says "the best is yet to come." Is that him "announcing his run" like Alex Jones said he would do today? Here's a link if anybody else is on Truth Social. https://t.co/sCYN3GqATP

I have no idea. Just being thorough.