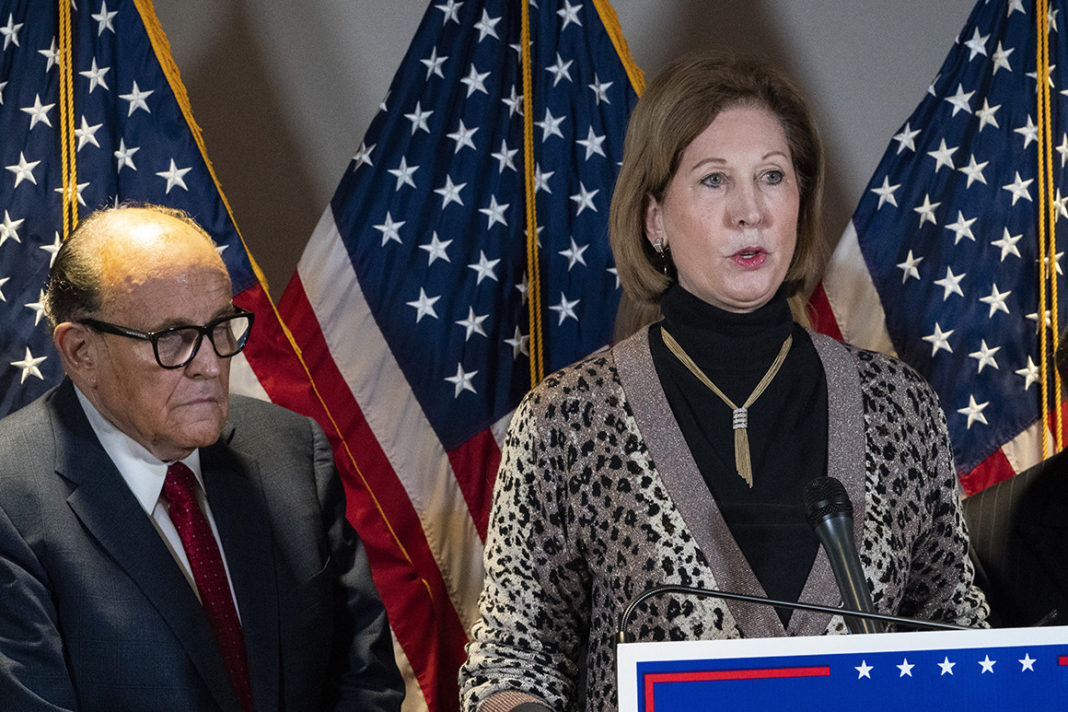 And if I’m having this much fun, imagine how much fun the J6 committee is having. The pundits are all so fixating on the difficulty of hitting a lawyer, much less 4 of the with subpoenas, that they’re missing the point.

For instance, former House impeachment manager Danny Goldman just gave a master class on MSNBC, See, there are so many problems here. These are all lawyers connected to trump, so they’re going to all claim executive privilege, whether the privilege exists or not. Throw in the fact that they’re all lawyers, and they will all try to claim attorney-client privilege, even if that doesn’t qualify either. And last, if any of them think they may be under investigation, they may want to invoke their 5th Amendment rights.

Phew! Thanks Danny, have a Scooby Snack. And all of them may well be missing the entire point. The committee knows who they subpoenaed, and they know the risks. And their 4 subjects sure as hell know they’ve been subpoenaed, and are exploring their options. What if this isn’t about them at all, but staged for a different purpose?

As I wrote in my article last night, in their release of the subpoenas and cover letters yesterday, the J6 committee made one thing perfectly clear. Namely that they didn’t actually need these ne’er-do-wells to say a damn thing. Those cover letters were chapter and verse, with names, dates, specifics of conversations, and places. Their greatest panic right now is in what else the committee knows, and how far their asses are hanging over alligators. And maybe that’s the point writ large.

I wrote yesterday that I thought that the J6 committee was putting on a clinic, and I think this is another example. The committee is not using this spectacle to try to send any messages to those 4 cretins, they already sent subpoenas. What they’re doing is sending a message to everybody else instead. I think this display has two purposes, intimidation and recruitment.

These are all hard core Trump loyalists, there is no way that they’re running around playing back door games with the committee, and yet those cover letters are incredibly rich in detail, and in several instances hint at possible criminal risk. Where did they get it, and how much do they have? If you’re a Trump advisor on that level who hasn’t gotten hammered yet, or even one on a lower level, at what point do you start to think about getting your side of the story out in front of the committee, rather than let them flash-bang you with a subpoena and set the tone for your investigation? That’s intimidation.

Then there’s recruitment. In those letters yesterday, the committee was almost bursting their buttons with pride. Look at all of the cool shit we’ve uncovered! And you know what? Most of it came from good, honest people like you, who have done nothing wrong, and just want to share what you have. This is the way to go! For any of you out there who feel that you may have something we need to see, our door is always open, and we’ll be happy to hear from you! DC is full of low and mid level Trump staffers who are trapped in circumstances beyond their control. They’d like to still have a career, and this is the way out.

Look, you don’t have 400 hostile interviews. That would mean non compliance, which would lead to subpoenas, which we’d hear about. The vast majority of those interviews and depositions are voluntary, and people whose names we don’t know. But they have eyes and ears, and took notes. Mike Pence may be resisting cooperating with the committee, but his Chief of Staff, Mark Short, is fully cooperating. And short was Pence’s man in the room, and would have been the note taker. At this point, Pence may mean little more than corroboration for Short. And looking at those letters, I’m guessing the same thing is true for a lot of these high level subjects.

Actually, that’s how I’m going to look at most of these events going forward. If they issue subpoenas, they expect resistance, which takes up time they don’t have. Watch the cover letters to see what the committee is exposing, and who else they may be trying to make nervous. And of course the naked appeal for anyone with information to keep on coming in. It seems to be working like a Swiss watch.