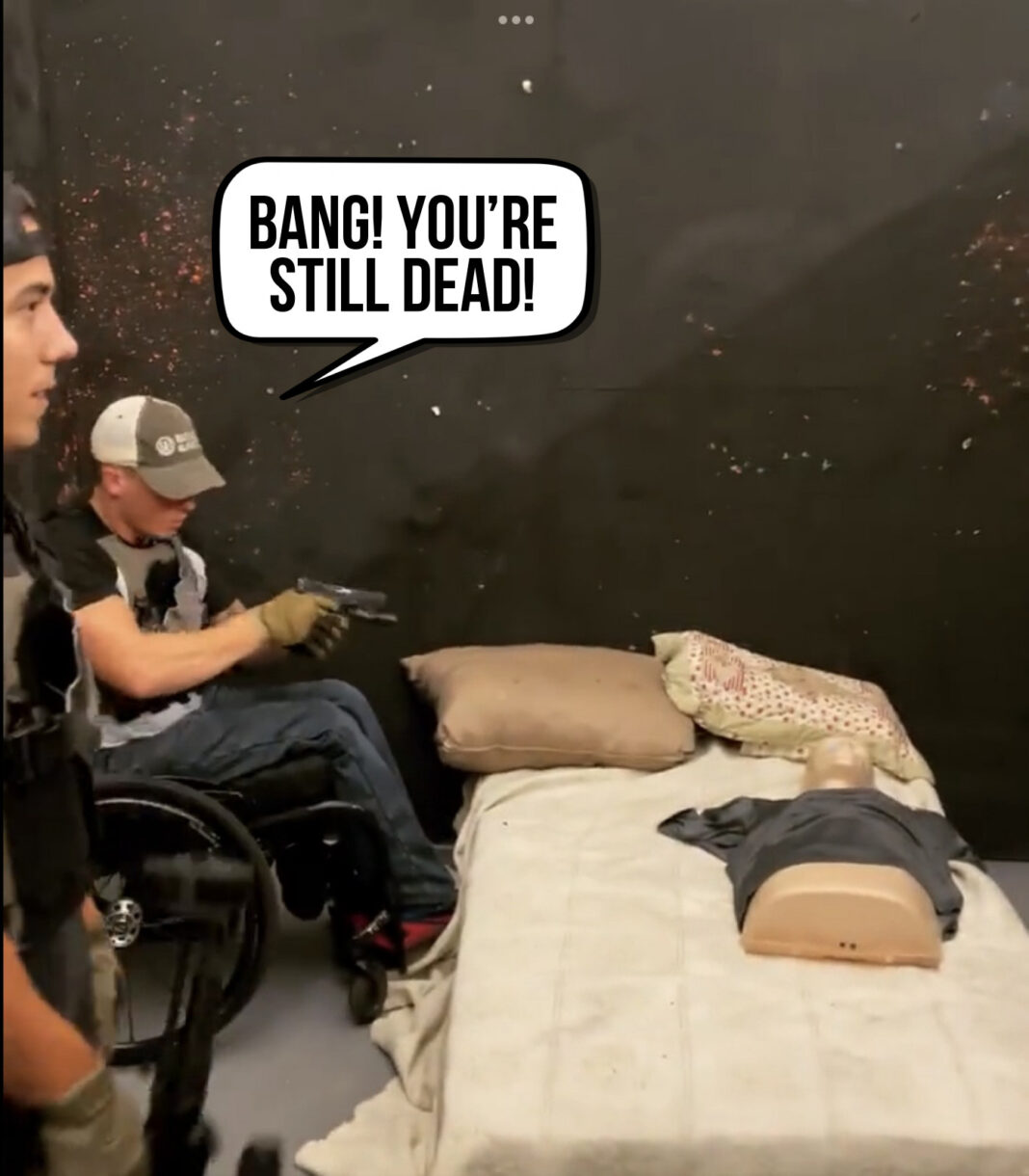 You gotta hand it to former North Carolina ultra-MAGA frat boy Congressman Madison Cawthorn, he really knows how to amp his knuckle-dragging gun fetishizing base, filming himself dramatically tracking down a dangerous legless mannequin through what looks to be a crack/paintball shack to deliver a heroic kill shot…

Turns out it was Madison Cawthorn who took out the leader of Al-Qaeda. pic.twitter.com/yamNMxf6RM

Ron’s followers were as impressed as we are…

Which means not very.

What the hell did I just watch

Dudes have issues. Right wing dudes specifically. They all seem like cowardly little boys desperate to prove they are tough guys

They should really stick to their Play Stations.

So he just posted a video of him “taking out” a limbless plastic doll lying motionless in bed? pic.twitter.com/IWErJ5djkn

You saw that too…

Who wears blue tennis shoes with florescent pink shoelaces when on such top secret mission?

If they wld only let themselves explore, they wldnt feel compelled to force everyone to join them in their repressed misery pic.twitter.com/jao878akSq

Aw, Looks like with all the extra time on his hands; Madison gets to have his little cosplay DND fantasies come true

Can someone dub in “pew pew pew” sounds please

When I was a pre-teen, we played a game we called "guns" where we re-enacted scenes from TV shows and movies, cops and robbers, etc.

Then I became a soldier and got my fill of guns.

These guys are still playing "guns", but with real weapons.

When will they grow up?

To be fair, if he insisted on being part of the op, I'd have no problem with him going first.