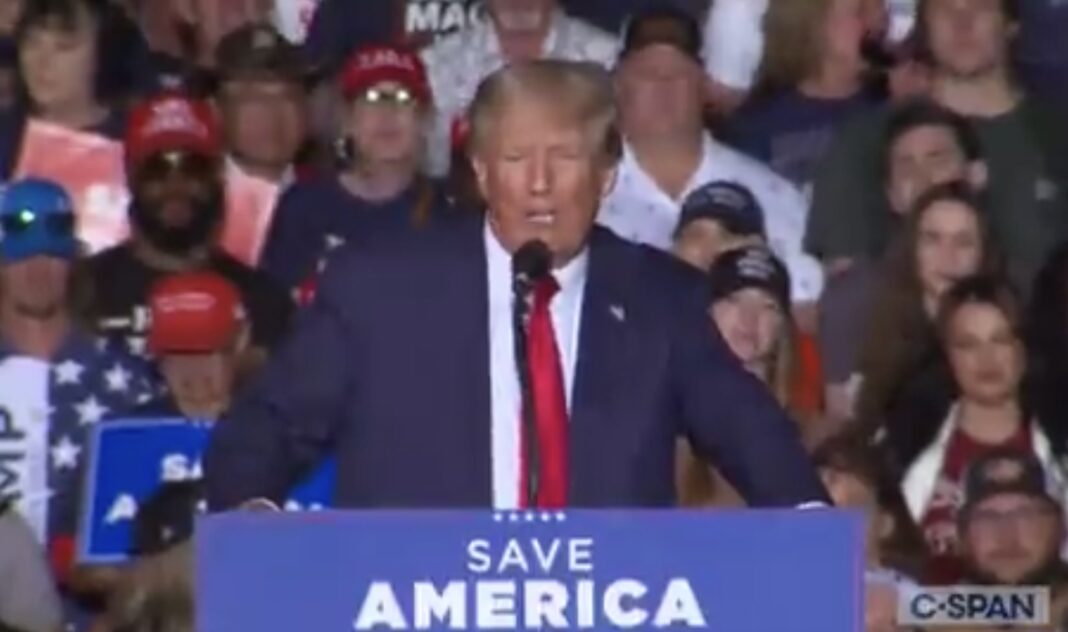 Of all the stupid, outlandish and indecipherable lies Trump has offered up to his gullible hoards of slavering orcs to date, of which there have been a fetid multitude as innumerable as all the stars and their planets and moons, the one he shoveled out for their consumption in Nevada yesterday has to rank with the most insensible and credibility challenging of them all.

He accused former President of the United States and world class spook George H.W. Bush of being so clueless of how to dispose of shamelessly stolen government documents that he resorted to stashing them in a “Bowling Alley slash Chinese Restaurant” to confound the DOJ.

Despite my lamentation in the title of this piece, surely there cannot be that many of those strangely incongruent Trumpian confabulations in the U.S. – and I propose we search all zero of them.

"my grandfather is a toaster. the government has documents that prove this but they won't release them"

Now that I can believe.

Well the FBI needs to be looking at a Chinese restaurant/bowling alley Trump has been to since every accusation is an admission.

Chris Wray is on it. Anything rather than frog marching Trump.

Why do Trumps hate China? pic.twitter.com/QG2xUOGvQ1

They don’t but the rubes do.

Thanks for the info! I wondered what in the hell he was referring to. 🙄🤦🏼‍♀️

Office rentals had to be scarce that year.

As long as all the fridges are set to stun, I’m ok with that.

It’d be more like the authorities finding dozens of murdered bodies in your yard and you saying “yeah, well the cemetery down the street has hundreds of bodies buried and nobody blinks an eye”

He is repeating the claims made on the Eric Bolling show. Perhaps repurposing buildings for NARA storage before the library is completed is exactly like stealing top secret documents and refusing to return them from your club house. pic.twitter.com/6RnuuEzW4B

Never any Thorazine around when ya need it

If this is his legal defense we're golden!

The Chinese restaurant at the end of A Christmas Story (1983) used to be a bowling alley. They just turned off the "W" and call themselves "Bo Ling Chop Suey Palace co." pic.twitter.com/st0ogahhSi

Well, that explains it.

And they ridicule Biden for his age. This dude is not well.

Just another day in dystopia…