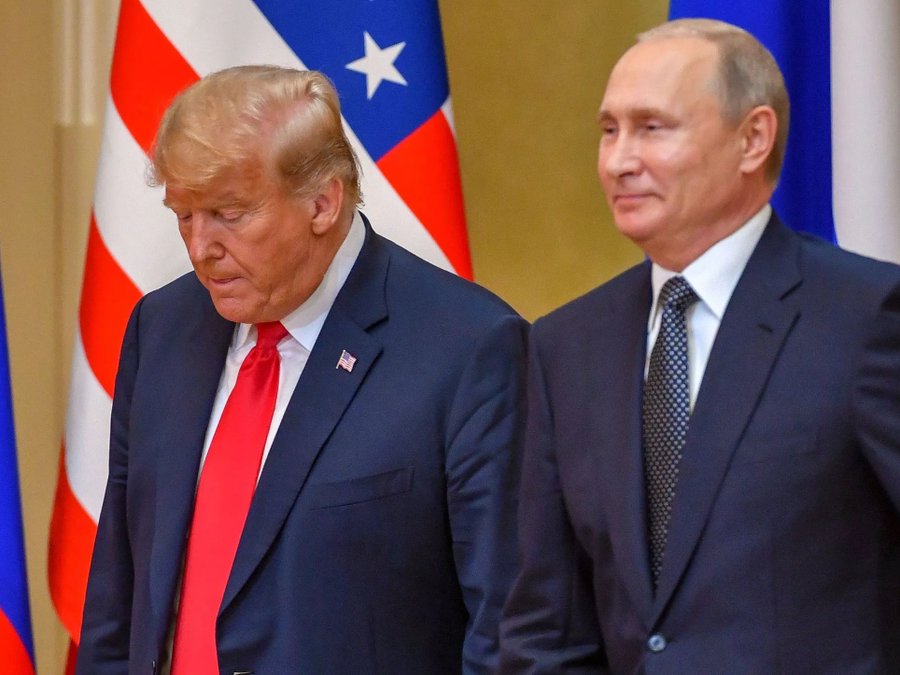 OFF with their heads!   The Queen of Hearts   Alice in Wonderland

I don’t know what else His Lowness watched when he was a kid, but his favorite movie must have been Disney’s Alice in Wonderland. Because for four long years, we had Traitor Tot stomping all over the White House, screaming OFF with their heads! every time anything went wrong.

Jeff Sessions does the only legally ethical thing and recuses himself from the Trump-Russia investigation, leading to Robert Mueller. OFF with his head! Steve Bannon commits the ultimate sin of garnering more face time than the King of Camera. OFF with his head! William Barr literally flushes away a lifelong reputation of conservative principles to become Hair Twitler’s legal slut puppy, but when he refuses to say there was widespread voter fraud in 2020, OFF with his head! Fortunately, the Cheeto Prophet was constrained by a constitution and rules of law, so banishment was the best he could manage.

By now, we well know that Putin and his useful idiot share two common traits. First, they’re both extreme narcissists who are batshit crazy, and second, neither one takes well to defeat or humiliation. But here’s where they differ. Vlad the Imp is not constrained by either a constitution or the rule of law. If Putin starts screaming OFF with their heads!, that is exactly what is going to happen. Who knows, maybe on live Russian television as traitors.

I have already reported that this invasion is Putin’s baby. Like Napoleon and Hitler before him, Putin made the mistake of thinking that because he had ceremonial control of the military, it meant that he actually controlled the military. Putin himself drew up the battle plans, routes of advance, and staging and launch dates. The generals are simply carrying out orders.

And they’re doing it pathetically. But here’s the rub, it isn’t all their fault, it’s Putin’s. Based on his success in Crimea, and what he heard from the ground in the two breakaway republics, Putin conned himself into believing that if he went in, the Russian troops would be hailed as national saviors. Which was total bullshit. If one Russian general had put on civilian clothes, and spent two weeks in Ukraine talking to the population, and gauging the government’s resolve, he could have reported back to Putin that the Ukrainians would fight like rabid civet cats. But going against Da Boss is not a good career move for a general, so they just nodded their heads like those stupid dogs in the back windows of cars.

And it’s only going to get worse. If the US and NATO are able to figure out a way to get those Polish, Romanian and possibly Hungarian MIG’s to Ukraine, then that Russian convoy is going to turn into a 40 mile long Monster Joe’s auto salvage yard. And Russian industry doesn’t have a high gear to kick into to speedily provide replacements. Inefficiency is their middle name, by Soviet design.

Putin has to do something, and quickly. Because all of the global attention, as well as domestic attention is on him. And it’s all negative attention since everything is turning to shit, and they’re now actively investigating for Russian war crimes against the civilian population. Putin needs to find a sacrificial lamb to blame, or more than one, and quickly.

A quick historical aside. In January of 1944, as the Nazi’s were retreating in tatters from the steppes of Russia, they blew up bridges they crossed to keep the Russian armor from following. The Russians chopped a 15′ channel from bank to bank, rolled in thick logs, and waited 2 days for the river to freeze back over. This provided them with a natural bridge for their armor. The tanks were all chained together, single file. The first dozen tanks rolled across the log bridge. As the second dozen rolled across, the ice started to crack from the weight. As the third dozen rolled across, the ice broke, the logs scattered, and the tanks sank. The tanks on shore simply moved forward, and pulled them up the rest of the way. Once the water poured out, they were ready to go. A journalist asked a Russian general, But didn’t the tank crews freeze to death or drown in the water? To which the general blithely replied, My friend, there are always more crews.

And guess what? That goes for Russian generals too. If I’m a high ranking Russian general involved in the Ukraine operation right now, I’m doing two things. I’m making sure that my will is all filled out, and I’m setting up a drop bag and a set of false identity papers to get out of Russia and into another country. Any other country. Because somebody has to take the fall for this, and There are always more generals.

Somehow or other, I’m having a hard time scraping up much sympathy for these guys. Much like Trump’s cabinet, these ass clowns sold themselves to the Devil for power and authority. One thing they should have known. When the Devil calls in the loan, he collects souls for interest.