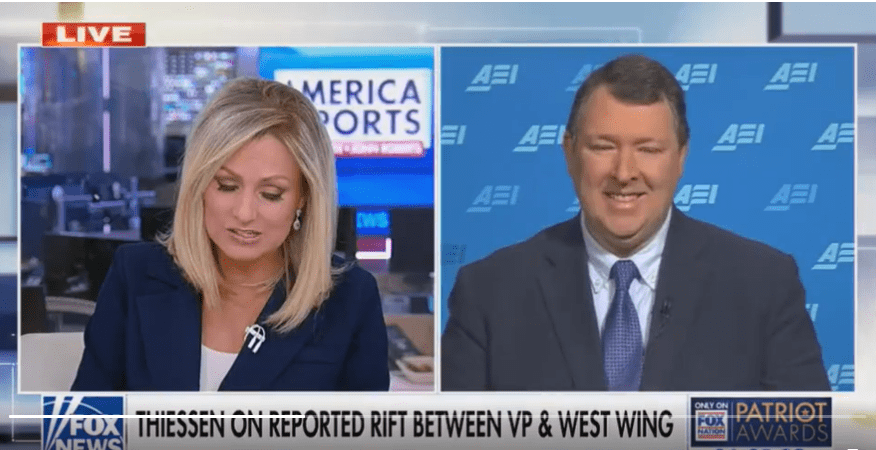 It’s always time to play Connect the Dots, and sometimes it’s time to play See What Sticks. See What Sticks is a fun game where you just throw a trial balloon out there and see what the reaction is. It doesn’t matter how crazy your premise is, nor does it matter if you take the opposite stand from what you took last year. As you recall, when the Biden/Harris ticket came together, the right-wing was predicting that Kamala Harris would replace Joe Biden shortly into his term. Now, exactly the dead opposite is being predicted, Biden is talking about replacing Harris — in the parallel universe of Fox News, in any case.

fox news trying to edge me out with the fanfic stuff.

"Kamala, get in my office," Biden said, eyes pulsing.
Harris quietly stepped in, lip quivering.
"My poll numbers are too low. You're getting in the way of me doing socialisms. You're out."
"But Joe"
"It's over." https://t.co/R9GGbi50m7

If you can figure out where they’re going with this, you’re a better man than we are, Gunga Din. At first blush it seems to be an alternate story to go to in case it’s necessary to deflect from a real breaking story. You saw this happen Friday when Steve Bannon was indicted. Fox News didn’t report it for several hours, they went to old tape about the Steele Dossier, anything, while they sat and figured out how to spin the right fiction. A few hours later Tucker Carlson went on the air to declare Bannon was a “political enemy.”

Maybe Fox News knows something the rest of us don’t about how certain newsworthy stories are going to break? We’re all waiting with bated breath to see if Kyle Rittenhouse walks away with a slap on the wrist for killing two men, while the QAnon Shaman gets 41 months for breaking into the Capitol.

Disinformation is a social poison. Make no mistake, this kind of ridiculousness is doing as much damage to the body politic as slowly ingesting carcinogens does to the human body. How toxic can the body politic get before it keels over?