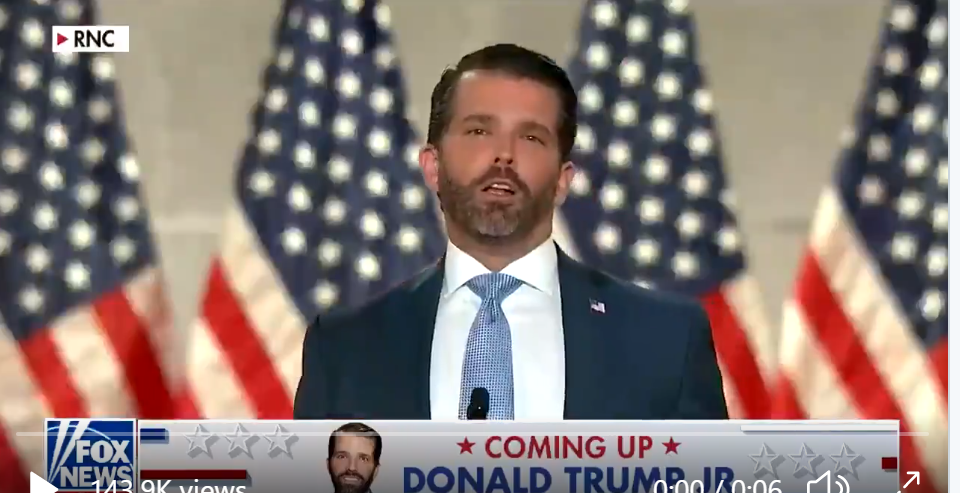 Joe Biden tripped on the steps ascending Air Force One and Junior created the following insensitive and vicious video and posted it.

It wasn’t the wind folks. pic.twitter.com/jYc01dBZCe

Mike Pence tripped on the stairs of Air Force Two last June and it was basically ignored. It most definitely was not rebroadcast or subsequently mocked like Gerald Ford’s disastrous pratfall back in the day.

Junior has shown that he is not only devoid of taste and sensitivity but of all reasonable judgement as well. He’s a stupid child who never grew up because he never had to. He did everything in his life on Daddy’s dime.

Don't worry about being irrelevant for long, #JusticeIsComing

You do know with every pathetic, bitter, jealous tweet you sink deeper into the shithole that is your life. You fool no one.

A father of 5 posts this. Another day where Jr reminds us that he is devoid of anything resembling judgement or intelligence. I truly feel sorry for your children…