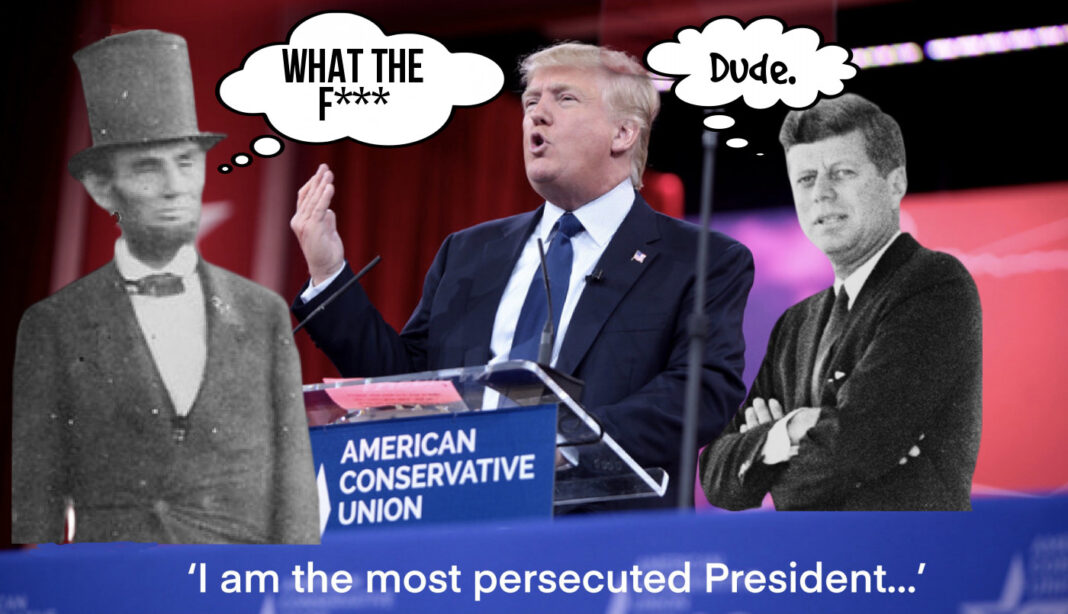 Talk about a good news, bad news piece. The House Ways and Means Committee has been trying for years to get hold of Donald Trump’s tax returns. He has managed to stonewall them at every turn. Now, finally, the Supreme Court has ruled that he must turn the tax returns over, which is the good news. Great news, actually. The burning question is how fast can Democrats move on this ruling? New York Times:

WASHINGTON — The Supreme Court on Tuesday cleared the way for a House committee to receive former President Donald J. Trump’s tax returns, refusing his request to block their release in the waning weeks of Democratic control of the chamber.

The court’s order, which was unsigned and did not note any dissents, is the most recent instance in which it has sided against Mr. Trump, who appointed three justices to the bench. The decision means that the Treasury Department is likely to soon turn over Mr. Trump’s financial documents to the House, which has been seeking them since 2019.

Mr. Trump’s legal team had urged the justices to extend a lower court’s stay as it pursued an appeal before the Supreme Court, saying the House’s request raised issues that were too important to let the Treasury Department turn over his files before they were resolved.

But Douglas N. Letter, the chief lawyer for the House, urged the Supreme Court not to intervene, pointing to a new Congress in January. Any further delay “would leave the committee and Congress as a whole little or no time to complete their legislative work,” he wrote in a brief earlier this month.

In a terse order, the Supreme Court said it was denying Mr. Trump’s application for a stay. It did not include any legal reasoning for the decision.

You know that the request for the documents will vanish the minutes the GOP is in control of the House. The burning question now is, how fast can Democrats move on this? It’s not just our burning question, it is Donald Trump’s.