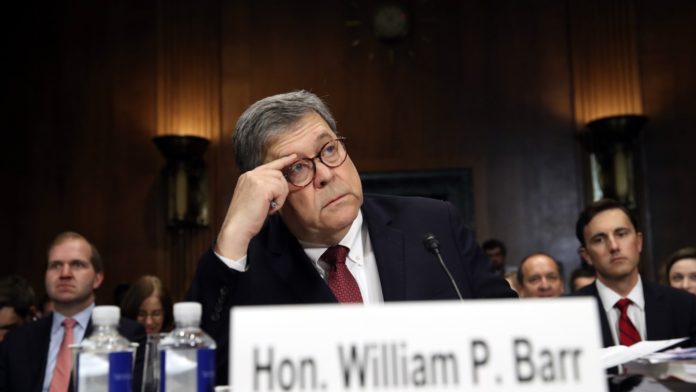 This is not good news. MSNBC just reported that in the last possible hour, the Merrick Garland Justice Department just advised the court of federal Judge Amy Berman Jackson that they will appeal her order that a Barr era memo be released to the public. This single decision gives me serious pause as to just how serious the Garland DOJ is about cleaning out the mulch and moving on.

Barr had fought release claiming that it involved internal DOJ deliberations into whether or not to allow Trump to be indicted in the Trump-Russia investigation. Judge Berman Jackson called bullshit, and demanded that the memo be turned over to her for her perusal. After reviewing the document, Berman Jackson determined that there was no actual internal legal discussion as to legality of allowing Trump to be indicted, simply political screed about the inadvisability of allowing Trump to be indicted. She ordered the document released, and gave the Biden DOJ until midnight tonight to appeal her ruling. Which they did in the last hour.

I cannot tell you how terrible this decision is. To be sure, Biden has promised that he will maintain a hands off attitude with the DOJ, and there is no indication that he took any part in this deliberation, which is why I didn’t name him directly. But this is still a terrible precedent, because Biden has promised to turn the page, and you can’t turn the page until you clean house.

Tubby the Ewok is the Trump of American justice. Where he treads, nothing green grows. Barr treated the DOJ the exact way the Trump treated the US government, as his own personal play toy. And covering for Barr is no way to turn the page and make a clean break.

Because we are just getting started! Former Trump EU Ambassador Gordon Sondland just filed a $1.8 million lawsuit against former Trump Secretary of State Mike Pompeo, as well as the US government to recover his legal fees in preparation for and execution of his testimony in front of congress in the lead up to the Trump 1st impeachment. Sondland claims that Pompeo volunteered to pay his legal fees, and then backed off when Sondland testified, and crucified Trump.

At the time of the alleged offer, Pompeo was the Secretary of State. The Garland DOJ is now going to have to send a DOJ lawyer to court to defend the US government against being held liable for Sondland’s legal bills. But it will also be up to the Garland DOJ to determine whether or nor, at the time of his offer to Sondland, Pompeo was acting as the Secretary of State, in which the DOJ will have to send a layer to court to defend him, or if he was operating off of the books as a rogue Trump operative, in which case, he’s on his own for his legal fees.

I wish that were all, but it’s the opening page. Don’t think you’ve heard the last of that asshole Wilbur Ross, turns out he was trying to run a rogue deep cover ops intel crew to protect Trump, quite possibly illegally. When the Biden department heads start actually taking the time to read through the Inspector General’s reports for their departments, they are going to find more and more criminal behavior from high level Trump appointees.

Look, I get it. El Pendejo Presidente was the most divisive public figure in modern American history. Biden wants to turn the page on the Trump atrocity, and heal the nation. But if you’re just going to give all of the Trump underlings a pass simply because Trump was such an asshole, you’re missing the point. If you’re going to have an effective functioning government, then there has to be accountability. And it doesn’t stop just because the assholes are out of power.