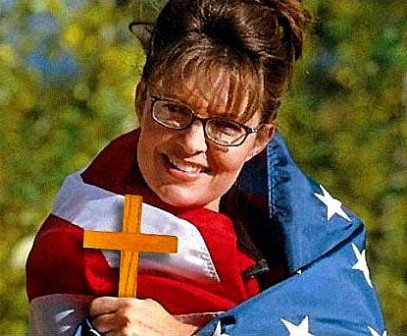 I keep thinking of the old Bill Murray shtick in Ghostbusters, Yes! Real biblical end of the world stuff! Seas boiling, the dead rising, dogs and cats living together, mass hysteria! Funny shit, but if you’re a Republican, it’s the current state of your party.

A couple of weeks ago, Alaska held its primary, and at the same time held a special election for departed GOP congressman Don Young’s at large seat. And right from the start, everybody knew it was going to take a while.

Because Alaska decided to go with the worst of all worlds. Most AK votes are by mail due to geography, so ballots postmarked no later than election day had 2 weeks to be received and counted. Then, they went with a jungle ballot, with everybody appearing on the same ballot, but not separated by party affiliation.

Will wonders never cease? Multiple outlets are projecting that Democrat Mary Peltola has won the election over former half term AK Governor, and full term albatross around John McCain’s neck, Sarah Palin. And it was beyond a recount, 51.5-48.plus%. Young held that seat for 50 freakin’ years.

But here’s why this is a flashing red light for the GOP writ large going into November, especially the GOP House. As if it wasn’t cumbersome enough already, Alaska went with rank choice voting for the special election, with each person having 3 ranked choices on their ballot. Peltola was the only Democrat on the ballot.

But Palin had a challenger. Nick Begich. Begich turns out to be Young’s grandson, and there is a history of bad blood between the families. Peltola’s victory was a combination of party unity, luck, and cheap, petty partisan politics.

Early analysis is showing that the bad blood between Palin and Bell definitely affected the race. Begich fans seemed more likely to be monolithic. When Begich failed to make the cut, a sizeable chunk of Begich’s voters backed Peltola, but when faced with his demise, they either left the last choice blank, or crossed over and voted for Peltola. It is likely that this protest vote may have cost Palin the election. Poor baby.

I have been preaching this gospel for months now, and finally we’re seeing some actual proof. It’s why I have never thought the House out of reach in 2022. In both 2018 as well as 2022, the Democrats showed party unity. When a candidate fell by the wayside, he immediately backed the winner, and his followers went along. See Super Tuesday of 2020 when, within 48 hours of Biden’s wins, everybody else bailed out and backed Trump.

This is not your father’s GOP, or even your grandfather’s. In fact it’s not even the GOP anymore. It’s the Trump moderate GOP, and then there’s the MAGA GOP. And the two are totally irreconcilable. And this dooms the GOP, since there aren’t enough of either of them to win a contested election alone.

We already know from 2018 and 2020 that moderate Republicans won’t vote for Trump or Trump inspired candidates. They’ll either cross over and vote Democratic or stay home. But Alaska is indicating that Trombies are just as fickle, if their candidate doesn’t win, then they take their ball and go home.

But here’s the McGuffin. It turns out that MAGAts aren’t just fickle to the GOP, they’re even fickle to Trump! After all, Trump didn’t endorse Begich, he wholeheartedly endorsed Palin for the seat. And yet, when their golden boy came up short, they voted with their feet on Traitor Tot’s anointed one.

With the self demolition of the GOP, including the fact that several allegedly pro Trump candidates are scrubbing their websites of any mention of Trump, this is gonna be one helluva election. Don’t touch that dial.