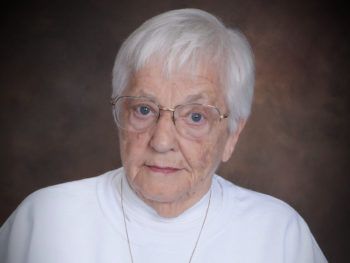 If you’ve never heard of Jane Elliot before, you need to remedy that deficit in your cultural education. Jane Elliot was teaching grade school in Riceville, Iowa in 1968, shortly after the assassination of Dr. Martin Luther King. She decided to teach her third-graders a lesson in bigotry. So she put together a two-day experiment.

She divided the room up in groups of blue eyed and brown eyed kids. Then she praised the blue eyed ones as being smarter, nicer, neater and began giving them privileges like extra recess time and being first in the lunch line.

The second day she reversed this and the brown eyed kids became the superior group. “I watched what had been marvelous, cooperative, wonderful, thoughtful children turn into nasty, vicious, discriminating little third-graders in a space of fifteen minutes,” says Elliott. She says she realized then that she had “created a microcosm of society in a third-grade classroom.” Here’s what she has to say about yesterday’s overturning of Roe v. Wade.

"Historic victory for white life in the Supreme Court." 👇🏾

You have now heard it from the horse’s mouth. If the white babies can be kept alive, then the white race can remain dominant on this continent. It is as simple as that.

Now, the figures have changed since The Birth Dearth was written and maybe half of that 60% are white babies. But still and all, even a 30% increase in white births is something, right?

“Freudian” is now trending along with “white life.” Whether Mary Miller’s slip was Freudian or an honest expression of relief, we will find out in the coming days.