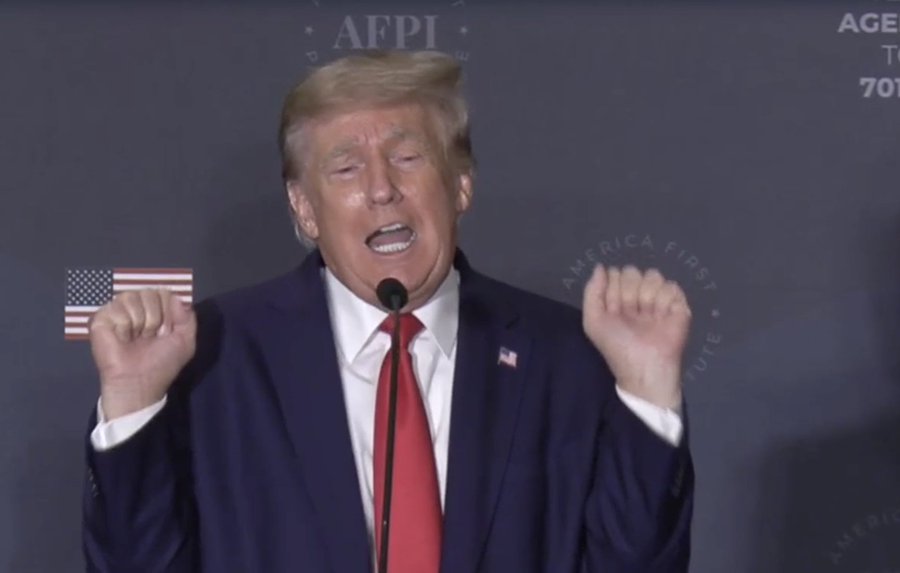 Like the rolling stone, the Lincoln Project gathers no moss. As you may recall from yesterday, Trumpty Dumpty went completely batshit when Lincoln Project posted a video about how MAGAs were being defrauded, left and right, by the so called election integrity fund.

The money has all gone to line Trump’s pockets and that’s why he went nuts.

This clip you’re about to see is different. It is brutally disrespectful, which should get under Trump’s orange skin, bigly. You know how the man loves to be worshipped.

Did you see this video from @ProjectLincoln!
It’s now my favorite song. 😂#TrumpIsALaughingStock pic.twitter.com/CYEMRbErNX

Here is a similar product, perhaps even funnier.

THIS is my all time favorite. Trump apologized to women. It is BRILLIANT. https://t.co/4RbmEdqTuP 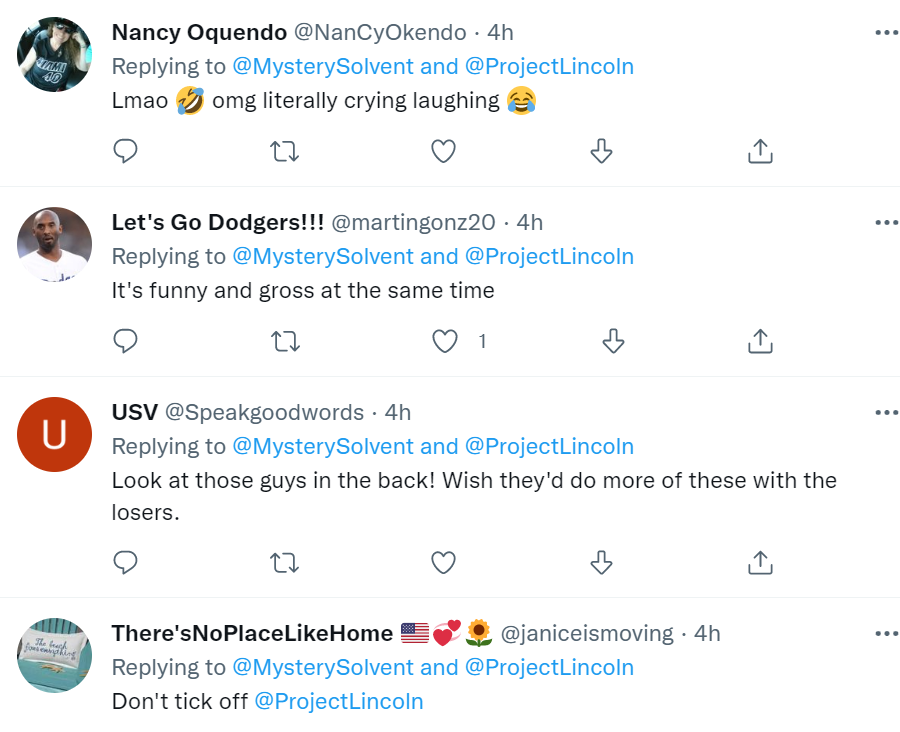 #TrumpIsALaughingStock, no two ways about it.

This is a good follow up piece to Lincoln Project’s work, from Dan Rather. We literally had a child in the Oval Office and he’s still not out of our lives because he refuses to move on.

Coalescing the actual issue is one of Dan Rather's talents. There needs to be consequences.

Toddler In Chief, by @DanRather https://t.co/HJ8mZhFXmz

Here are a few paragraphs from Rather’s piece. It’s very on point, per usual.

Trump sees a simplistic binary world where everyone is either there to serve his needs or they are the enemy. Material possessions are to be accumulated and used however he sees fit — according to the metric of personal benefit.

The way our system of government aspires to work is that the law applies evenly to all citizens. Sadly, history has shown time and again how far from that reality we often are as a nation. But the principle of “equal justice under the law” is fundamental to the American ideal, and we as a people overwhelmingly believe in striving for it.

Trump and his acolytes do not even pay lip service to it. There is no “my fellow citizens,” no commonality. He expects to exist in an alternate universe. By his formulation, the law applies only to “thee” as in us, and never to “me,” as in him.

This mindset was destructive enough when it drove the decision-making in the Oval Office. Since Trump’s defeat in the 2020 election, the danger in some ways has escalated. The truth is that the president of the United States is afforded many special privileges and powers. But they reside in the office and not the person. Donald Trump is no longer president. And yet the court ruling from a judge he appointed runs roughshod over this democratic principle.

Trump’s motives for hoarding classified documents at Mar-a-Lago are unknown. Recent reporting that they contained some of this nation’s most sensitive secrets raises very disturbing ramifications. But regardless of what Trump was doing, one thing we can say for certain is he believes the rules don’t apply to him.

He believes he can lose a free and fair election and meet that fate with lies — the first president in American history to not accept defeat.

He believes he can foment violence without consequence to himself.

He believes he can blow up our institutions of governance with impunity.

And if you judge by his legions of apologists and lackeys, he is correct. They are happy to excuse his behavior or just look the other way. It’s why people like Senator Marco Rubio are eager to blame federal law enforcement for what he deems the minor infraction of a private citizen keeping highly classified documents in an insecure location for who knows what motive. “I don’t think a fight over the storage of documents is worthy of what they’ve done,” he said recently. The storage of documents? Is that really what we’re talking about? Of course not. And of course Rubio had a very different take when we were talking about Hillary Clinton for a far less serious infraction.

Imagine being 76-years-old and still a baby. I’ll tell you one thing I notice is a difference between the animal kingdom and humans: old animals are without exception wise. They know what’s going on. That’s how they got to be old animals. Not so with people.