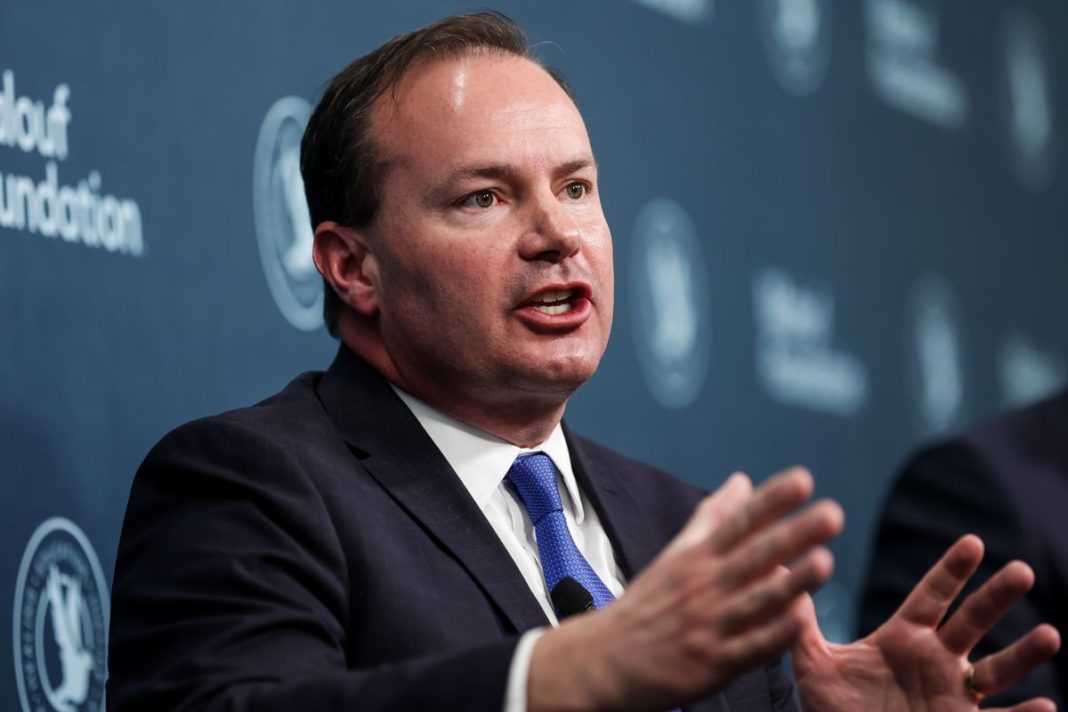 Never argue with the big dog!   Deputy US Marshal Sam Girard   The Fugitive

Sometimes, part of what I do here is to look at a current issue or situation, look at the current circumstances, my own experience, and political history, and then write about how I think it will turn out. And a pleasing number of times I’m right, and that’s the end of it.

But not this time. This time it turns out there’s a twist. A few months ago I wrote about a situation I saw brewing, and what I thought the most intelligent path forward for the Democrats would be. I was right. But that’s not the end of it this time. Because, 6 months from now, we’re all going to be able to see if my right call at the time turns out to be a successful strategy. And I wanted to remind you all so we can watch together.

Here’s the 411. A few months ago, I saw an article that said that former national intelligence analyst and 2016 independent presidential candidate Evan McMullin was preparing to have a go at incumbent Utah Senator Mike Lee. But being an analyst to his toes, McMullin chose to run as an independent, so as to avoid a possible GOP primary loss that would leave him having to run as a write-in candidate in the general election.

There were several reasons to be intrigued by this. First, McMullin is a Utah native with ties, so residency is no issue. second, Mike Lee has tied himself to Trump with barbed wire, and Utah is not a Trump friendly state. In the 2016 GOP primaries, Ted Cruz crushed Trump by a margin of 69%-13%. And in the 2016 general election, McMullin snagged an impressive 21.6% of the vote, only 6 points behind Hillary Clinton.

I agreed wholeheartedly with McMullin running as an independent to quash the threat of a primary defeat. But the problem was that as a 3rd party candidate, while he might pick off some disgruntled GOP conservatives from Lee, it wouldn’t be enough with a Democrat in the race.

I wrote at the time that there was no way on God’s green earth that a Democrat was going to beat Mike Lee in Utah. My suggestion was that if the Democrats really wanted to beat Lee, the smartest thing for them to do would be to leave the Democratic Senate spot open on the ballot, and throw their support to McMullin. Clinton won 27% of the vote in 2016, add McMullin’s 21% and you’re already at 48%, not including the traditional conservative votes McMullin will pull away from Lee. It could work.

Well, McMullin and I got our fondest shared wish. It turns out that there’s also an independent 3rd party in Utah. Both the Democrats as well as the 3rd party recently held their state conventions, and both made the decision to leave their Senate seats open and throw their support behind McMullin. This makes McMullin easily the most dangerous threat that Lee has ever faced, especially if the Democrats go all in.

One amusing thing. On his MSNBC show last night, Mehdi Hasan interviewed McMullin, and his last question was the one everybody wants to know. If McMullin pulls off the upset, would he caucus with the Democrats? McMullin’s reply was masterful, something like, Mehdi, if I get elected, it will be with an independent coalition behind me. The way I see it, I can only serve my constituents by remaining independent in the Senate. Nice poetic rhetoric, but in practical prose it’s bullshit, and I think McMullin knows it.

If he boots Mike Lee and caucus with the GOP, his only committee assignment will be on the Senate subcommittee on sewage and waste water disposal. If he remains independent, he gets no face time asking tough questions in committee hearings, nor being interviewed about them. The Democrats would likely give him a seat on the Senate Interior Department committee, which regulates national parks, which Utah has in abundance. I have no doubt that McMullin will caucus as a Democrat, he just doesn’t want to say so before the election, and risk being labeled a Democratic puppet candidate.

There you have it. I made a call, and it was right. But it turned out to be a call with consequences that we won’t know until election night. Personally, I don’t see McMullin wasting the time, money, or energy on a doomed to fail campaign, just to dirty up Mike Lee. His showing in 2016 indicates he has a base of support in Utah, and not a small one either. He easily beat both the Libertarian and Green parties. And now the Democrats and the 3rd party are apparently going to give him their support. Again, why leave an open seat if you’re not going to go all in? This should be interesting. My personal guess? Mike Lee had better start updating his resume. Utah voters aren’t going to like his trying to assist in a coup attempt.