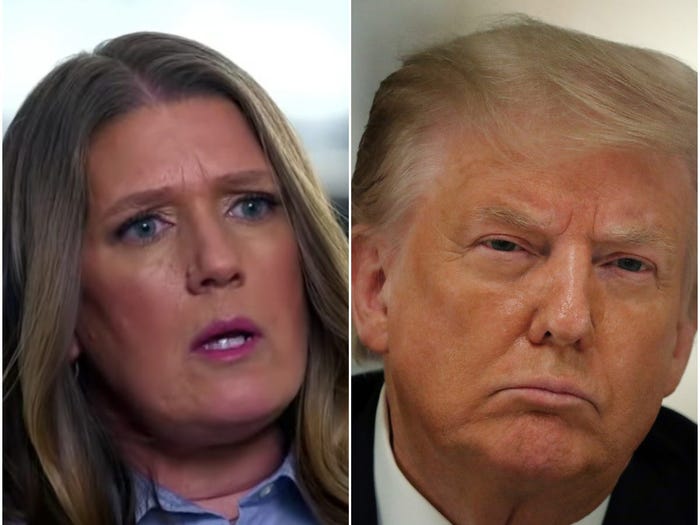 Interesting how Donald Trump is reluctant to provide a DNA sample when such sample could exonerate him, right? You would think he would be jumping to provide it and rid himself of at least one legal headache, right? Wrong.

Trump sat for a deposition in the E. Jean Carroll defamation case Wednesday at Mar-a-Lago. Insider:

Whether Trump cooperated or pleaded the Fifth as he was questioned at his Palm Beach, Florida resort and residence remained a mystery early Wednesday night. But he may well have, as the stakes in the case are about to rise.

As of now, Carroll is seeking damages for defamation only. She alleges in her lawsuit that when she accused Trump in her 2019 memoir of raping her in the mid-’90s, he called her a liar and implied she was too unattractive for him to have bothered with.

But Trump may well have asserted his right not to incriminate himself during Wednesday’s deposition, given Carroll’s promise — made through her lawyer, Roberta Kaplan,  last month — to additionally sue him for rape as soon as a New York law temporarily suspending the statute of limitations for sex assault lawsuits takes effect November 24. […]

She alleged Trump had chatted her up after recognizing her in the store, asked her for advice on shopping for lingerie, and then maneuvered her into a fitting room, where he overpowered her. She has said in court papers that she kept the dress she wore that day, and has sought Trump’s DNA for confirmation.

DNA on a dress is a real game changer. Bill Clinton will tell you that.

Now here is where it get comical. The Twitterverse is all a flutter today with the idea of comparing the DNA on Carroll’s dress to Mary Trump’s DNA, in the event that Donald won’t cooperate — which it looks like he won’t.

E. Jean Carroll, who accused former president Donald Trump of rape, is seeking his DNA in a lawsuit. He doesn't want to give it!

Ms. Carroll says that President Trump assaulted her in the 1990s, and that she still has the dress she was wearing during the incident! pic.twitter.com/zNzbTTUi0W

This is not entirely unheard of. And look what you could do with that DNA information. 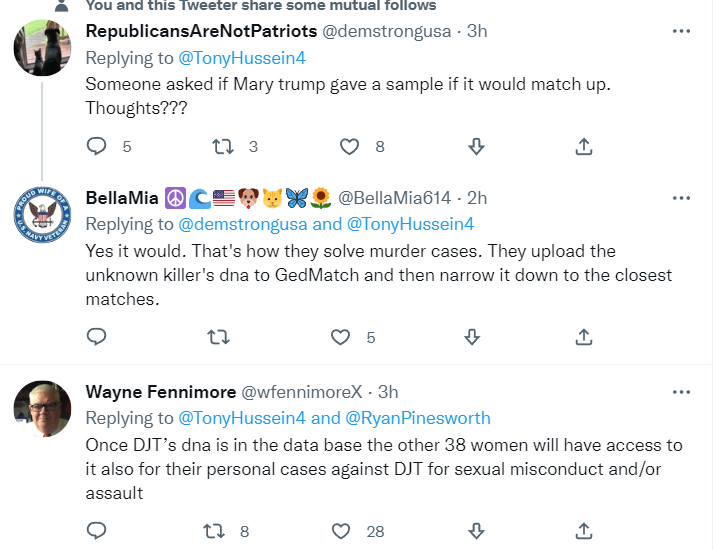 It would sure shake things up, wouldn’t it? 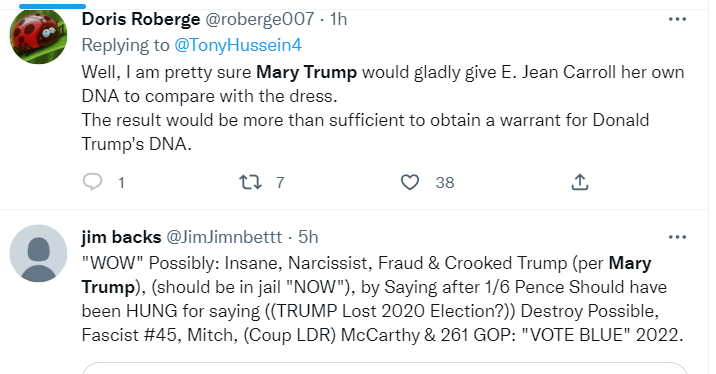 One thing is absolute. If Trump is innocent and he provided his DNA, then that would prove his innocence. The fact that he’s reluctant to do so says a great deal, don’t you think?

I’m keeping an eye on this story. I would love it if Mary Trump would step up to the plate.