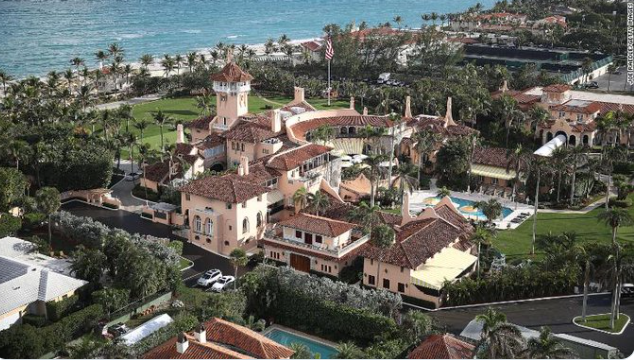 I just wrote about the FBI’s voluntary search of President Joe Biden’s Wilmington, Delaware home, along with a couple of common sense predictions about the House GOP’s likely hysterical reaction.

By far the most likely response will be a bitch fit about the FBI politely asking Biden’s permission to enter his home, while they came busting into Trump’s schlock golf resort like an episode of The Untouchables. And if they do that, and the Democrats are smart, then the GOP is going to slip off of their original banana peel, and into the rake that flies up and clips them in the nuts.

Here’s why. We all know that an FBI raid looks like. They come zipping up in official black vehicles and suburbans, come charging out of the vehicles in their signature blue FBI windbreakers, bang on the door, throw all of the occupants out on the sidewalls, and start carrying cardboard boxes and search equipment in and out. The object is to dominate and humiliate the suspect with a public spectacle. And it usually works.

But when the situation requires it, the FBI is capable of decorum. Although the FBI searched Biden’s home yesterday, the first that the media knew about it was when the White House released the announcement tonight. And considering Biden’s local fame, I would think that neighbors and the local media at least keep a casual eye on the place for activity.

I would be amazed if the search team yesterday didn’t pull up in personal or rented vehicles, dressed in ordinary street clothes, sans their blue windbreakers, quietly enter the home, and go about their business. Also, given Biden’s position, neighbors and the media are used to activity around the house, even when the Biden’s aren’t there. Mission accomplished, since the secret stayed intact.

All of which is guaranteed to make House GOP heads explode like that scene in the movie Scanners. They’re going to froth at the mouth like rabid dogs while they scream about the discretion and decorum showed to Biden, while the fascist Gestapo stormed into Dump-A-Lago doing everything but kick in the oors, terrifying and horrifying guests, and scaring the staff shitless. People were completely put off of their omelet bar. FUX News will spend whole segments having cardiac kittens on the gross inequity!

There’s only one small problem for the GOP. It’s. All. Bullshit! Cast your mind back to the day that Trump’s digs were searched. The breaking news on every channel was that Former President Donald Trump’s personal residence at Mar-A-Lago has been searched in an FBI raid looking for missing documents. I’m going to repeat that because it’s critical. The reporting was that the media reporting said that Trump’s estate had been searched, when under normal circumstances the sentence should have read that Trump’s personal residence was being searched!

This is the landmine that the House GOP idjits are about to step on. Trump was shown exactly the same discretion and decorum that Biden received. In fact, post mortem reporting even highlighted the fact that the agents showed up quietly and sedately, in civilian vehicles and clothes, and entered quietly. And again, because guests and members of Mar-A-Lago are used to a certain amount of official activity taking  place around Traitor Tot’s personal residence, nothing appeared unusual.

So please House GOP, I beg you, with sugar sprinkles and a cherry on top, go ahead and pull that lame shit. Because here’s the McGuffin that rams that custard pie right in your fat faces. You want to know how discreet the FBI was? How about this. Nobody even freakin’ knew it happened! No shit, think back. The breaking news that Trump’s faux Catskills resort had been searched was broken by El Pendejo Presidente himself! FrankenTrump actually watched the search live on closed circuit cameras he patched into. It was only when the search was complete, and the media remained clueless, that His Lowness took to Bullshit Social to scream about his castle having been invaded by the barbarians.

Watch for this to happen. I’m going to be 66 in 31 days, and I have better cognitive memory than the average GOP House Trumptard. These mental midgets are so desperate for false equivalencies they can scream about to rile up their base that they’re totally ignorant of how it will play with moderate and independent voters who watch reputable news. This should be fun.