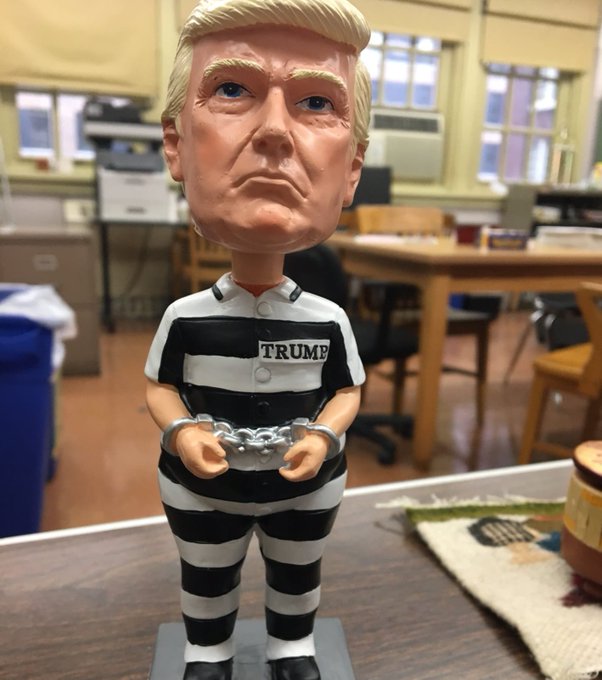 God I love Merrick Garland! I always kept the faith. And now, when crunch time comes around, Galand and the DOJ hit a grand slam home run.

The DOJ’s filing for a Trump Special Master was just released, and it’s a treasure trove. And it should also have Traitor Tot putting Nivea on his wrists to soften the skin for those lovely steel bracelets.

I haven’t heard an analysis of the full filing, but it didn’t take much to have enough to go on to be able to inform all of you lovely people.

The DOJ started off by meeting the Trump team’s assertions head on. And it was devastating. The DOJ reminded the judge that they had followed the letter of the subpoena request to the letter. Apparently in its search request filing, the DOJ advised that if any documents were recovered, they would not be released to the investigation team, but instead be turned over to a neutral DOJ/FBI scrub team to filter out any information that the investigative team shouldn’t see.

They went on to say that the scrub team had finished its job. It had removed a small number of documents that may be subject to attorney-client privilege for further independent review. An small number of documents, such as Trump’s personal passport were set aside to return to the former President. And then they advised the judge that, after following her instructions to the letter, the balance of the documents were turned over to the investigative team.

They went on to relate their concerns over possible obstruction of justice, since after their subpoena, and a letter from Trump’s lawyers stating unequivocally that all documents had been returned, the search of Mar-A-Lago uncovered multiple boxes of classified documents.

And then they went for the kill shot. The DOJ included an on site photograph taken on site at Mar-A-Lago. The image showed a spread of documents on a floor rug in Mar-A-Lago. My eyes are shit, but when she saw it, she yelled Holy Shi!, ran to the tv, and pointed around, saying, Secret! Secret! Top Secret! Top Secret SCI!, Top Secret, Secret,Top Secret SCI! Every one of those documents on the carpet showed the cover sheet for classified documents, making it clear that there was no way that Trump could have been unable to see and understand what he was looking at.

This is better than I had even hoped for. Garland has the habit of not remarking to the press, but speaking instead speaking through the department’s court filing. And tonight, he blew a blast from Gabriel’s horn. If I’m one of the Trump lawyers that signed that letter, I’m grabbing my passport and heading for Brazil. I’ll be back tomorrow once a little time has passed, and I’ve seen the rest.