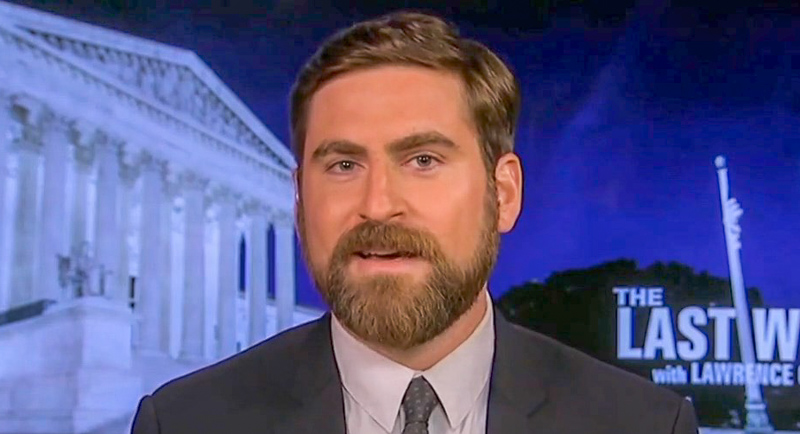 Pennsylvania Senator Elect John Fetterman promised to try to bury the filibuster on the campaign trail this fall and he took a big step towards fulfilling that promise today by hiring Former Harry Reid Staffer, and sworn enemy of the arcane legislative roadblock, Adam Jentleson, to serve as his Chief-of-Staff.

“U.S. Senator-elect John Fetterman on Friday announced two key staff hires for his office on Friday, including tapping the author of a book calling for the abolishment of the arcane Senate filibuster to be his next chief of staff.

The Pennsylvania Democrat said in a statement that he has hired Adam Jentleson to oversee his D.C. office as chief of staff and that longtime party operative and labor organizer Joseph Pierce will be his state director.

A veteran of the Senate who served under former Majority Leader Harry Reid of Nevada, Jentleson also wrote the 2021 book, Kill Switch: The Rise of the Modern State and the Crippling of American Democracy, which examines Senate rules that powerful interests have exploited to obstruct progressive legislation with overwhelming majority support among the American public.

Throughout the first two years of the Biden administration, Jentleson was a key voice calling for Senate reforms to enact pressing priorities.“

Jentleson had watched as Reid, nearing the end of his Senate career and determined to do something about the scourge of gun violence, was frustrated in his efforts to enact legislation by Republicans – always in the pocket of the NRA – used the filibuster to block much needed legislation time and again.

From the article Jentleson wrote for The Intercept, linked in the Raw Story article:

“Reid, my boss, sat in one of the high-backed chairs. In the other sat a middle-aged man with broad shoulders and a kind, open face. His name was Neil Heslin. He was there because four months earlier, on December 14, 2012, his 6-year-old son, Jesse, had been shot dead in his first-grade classroom. The Christmas tree he and Jesse had planned to decorate still stood bare in his living room, back home in Newtown, Connecticut. It would be four years before Neil would take it down. A registered Republican, Neil had come to Washington with other parents of children who had been murdered that day to try to persuade senators to vote for the most rudimentary restrictions on guns.

In a functioning system, they would have succeeded. They convinced 55 senators from every region of the country to support a bill to enact universal background checks on gun purchases, a policy supported by 9 in 10 Americans, according to a Quinnipiac poll at the time. The bill was written and introduced by two senators who could not have been more different, but had found agreement on this issue: Sen. Joe Manchin, a rough-edged, populist Democrat from West Virginia, and Sen. Pat Toomey, a preppy, country-club Republican from Pennsylvania. Their bill had secured the support of left-leaning gun control groups like the Brady Campaign, and of right-leaning gun rights groups like the Citizens Committee for the Right to Keep and Bear Arms.

The support of a broad, bipartisan majority of senators, of advocacy groups from across the political spectrum, and of an overwhelming share of the American public was not enough. Opponents of the background-checks bill invoked a 20th-century rule that, ironically, was invented to curtail obstruction by ending the kind of marathon filibusters that many people picture when they think of the Senate. Over the years innovative obstructionists had repurposed the rule into a new kind of filibuster that was quieter, and far more lethal, than the old kind. Using this repurposed rule, the threshold for the background-checks bill to pass had been quietly raised from a simple majority to 60 votes, without a single senator having to say a word. And there was nothing the bill’s supporters could do about it. There was no great debate, no one standing on the floor for hours, just quiet failure in an empty chamber. Fifty-five senators supported the bill, 45 opposed it, and the bill was defeated. The 45 senators who defeated the bill represented just 38 percent of the American people.”

Since the defeat of that bill, and the passing of Harry Reid, Jentleson has been a constant advocate of dispensing with the filibuster, and has used his Twitter account to refute misinformation posted there in support of it:

This is false. The filibuster as we know it did not exist in the early Senate. The Framers favored majority rule and created rules to allow senators to cut off debate when it became obstructionist. The Senate was majority-rule well into the latter half of the 20th century. https://t.co/AEe2FkkXIz

Perhaps together Fetterman and Jentleson can finally consign the killer of much needed social legislation – legislation to protect women’s sovereignty over their own bodies, minorities’ over their votes, and to at last begin to rein in America’s bloody infatuation with guns, to the dustbin of history where it belongs.

Or, at least, by threatening to bring back majority rule for the remainder of Biden’s term, the two may convince McConnell that his chronic use of the rule to block cloture may cost him more in the long run than a more reasoned approach might.

Fetterman seems to think it is worth a try.

And Jentleson may be the man to help get it done.