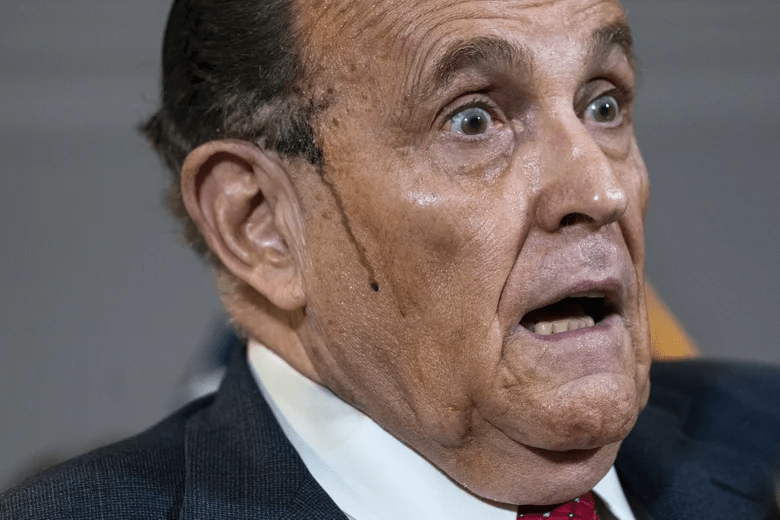 Rudy Giuliani is most frequently depicted as a buffoon and mocked, and nobody loves to do that more than I do, because he sets himself up for it like nobody else in public life. Giuliani’s non stop compendium of bad manners and idiotic public displays, from butt dialing reporters, to appearing in public with his fly down, to farting on live television, to hair dye melting down his face, also on live television, it just never stops. And the entire world was howling at Giuliani, and at America, unfortunately, when the Four Seasons Landscaping debacle took place, wedged between a sex shop and a crematorium.

But this clip you’re about to see is something very different. Rudy isn’t being a buffoon here. He’s pathetic and he’s bitter. This is not going to age well. It’s almost painful to listen to. This is what a loser sounds like.

As he continues to lose his mind every day his indictment gets closer, Rudy gets more and more unhinged. Tonight, he goes on a rant claiming that Biden is behind his investigation, “You want to destroy me, but you’re not gonna do it, Joe!” pic.twitter.com/kls3usvuHO

He has just lost it. Does he not have family or anyone to step in that can stop him from tweeting & these videos? Where his kid Chris Farley played on SNL?https://t.co/KuxZgzAZrd

He has lost it. Biden has a lot bigger fish to fry than to spend time and resources going after a has been Mayor of New York. But it does make sense that he would make Biden his scapegoat, because that goes along with the paranoid, resentful politics of right-wingnuttia, where Giuliani has chosen to spend his twilight years. It’s always about enemies coming to getcha, never about your own stupid choices catching up with you. 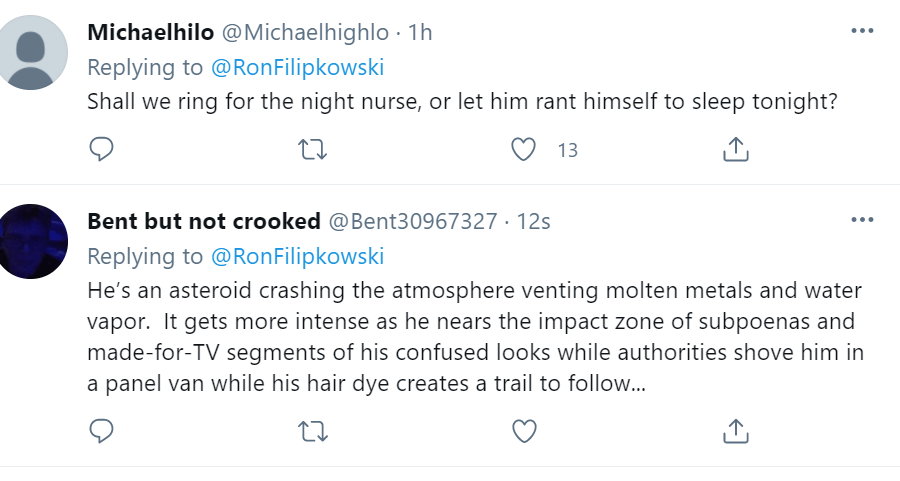 Rudy has been in a downward spiral for some time now. It looks like the crash is coming soon. He did it to himself. He’s not going to get a lot of sympathy and he doesn’t deserve any.