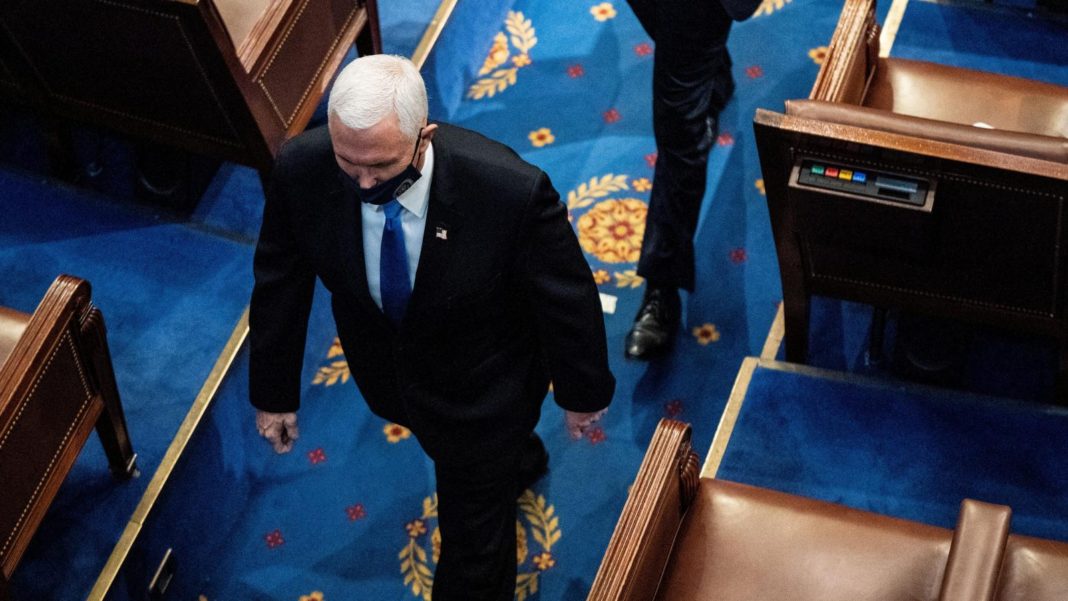 This is getting freaky. Not that that is surprising, given that we deal with Donald Trump and the most corrupt, perverse elements of the GOP that existed at the time, plus all the extremists and incompetents that Trump brought in with him. Just how deadly was January 6 going to get and for whom? Jamie Raskin says that the January 6 report will blow the roof off. NBC News:

“It’s anybody’s guess what could have happened — martial law, civil war. You know, the beginning of authoritarianism,” Raskin said, speculating on what might have unfolded if the plan was successful. “I want people to pay attention to what’s going on here, because that’s as close to fascism as I ever want my country to come to again.”

I just want to interject before we go further that it has already been established from phone logs that were recovered that Trump spent a lot of time January 6 talking to Stephen Miller. I mention that because Miller is the worst of the worst and I put nothing past him. I share this fact just to establish that the tone of the day was very dark indeed and if Miller was the one with Trump’s ear, anything is possible.

The plan was coordinated “most tightly by Trump and his inner circle,” Raskin said, adding that the committee faced the most difficulty in this aspect of its probe. The panel has interviewed more than 800 witnesses, but he said, “The closer you get to Trump, the more they refuse to testify.”

I’m just going to say what I think here and this is admittedly pure conjecture. But I think that there may have been a plan to assassinate Pence. Kidnap him at the very least but possibly assassinate him. That would have disrupted the counting of the ballots — to say the least — and that would have provided a reason for Trump to declare martial law, to make up some b.s. about the Democrats had murdered the vice president, who knows what insanity. I can hear it now, Trump intoning in that nasal sing song that is his Head of State voice, “The vice president had discovered the plot and was going to put in a slate of new electors when he was taken from the Capitol by Democrats pretending to be Secret Service agents.”

Again, consider who we’re dealing with. I think it may have been put to Pence, “Mike, do what we want or the results could be unimaginable.” Some innuendo that got the point across. “Nice vote counting you’ve got going there. What a shame if something happened to it.”

Speaking about the threats to Pence on Jan. 6 and the chants by rioters to hang him, Raskin said the vice president’s Secret Service agents — including one who was carrying the nuclear football — ran down to an undisclosed place in the Capitol. Those agents, who Raskin said he suspects were reporting to Trump’s Secret Service agents, were trying to whisk Pence away from the Capitol.

Pence then “uttered what I think are the six most chilling words of this entire thing I’ve seen so far: ‘I’m not getting in that car,'” Raskin said.

“He knew exactly what this inside coup they had planned for was going to do,” Raskin said.

Now here’s what is known: Pence was reluctant to even leave the Capitol chambers. I think Pence knew that Trump and his cohorts were going to urge the rioters to attack, which they did. Then I think Pence knew that Trump was going to spin it as Antifa and the Democrats doing the rioting — which they did. Then I think the plan was to spirit Pence away and then say that the vice president has been kidnapped. Then martial law would have been declared by Trump.

Now let’s run with a couple of more possibilities here. One possibility is that the murder of Mike Pence was gamed as a scenario, because then he couldn’t come back and say that the Secret Service had taken him away from the Capitol. Or, and here is the most chilling possibility, the plan, and I believe it was Stephen Miller’s plan, was to have somebody other than the Secret Service driving the car and planning to assassinate Mike Pence. Miller would have explained to Trump after the fact that it was a great way for him to stay in power and I honestly don’t think Trump would have cared if Pence was dead or not.

Now read this from Newsweek and tell me if you get goosebumps because I did.

Pence told Giebels: “I’m not getting in the car, Tim.”

“I trust you, Tim, but you’re not driving the car. If I get in that vehicle, you guys are taking off. I’m not getting in the car,” he said.

The Pences went to a secure underground area to wait out the riot. At the White House, senior official Keith Kellogg reportedly discussed Pence with Tony Ornato, who “oversaw Secret Service movements.”

Ornato told Kellogg that Pence’s security detail was planning to move him to Joint Base Andrews but Kellogg told Ornato to leave Pence where he was because Pence was determined to stay and finish the job.

Through a spokesperson, Ornato told the book’s authors that this conversation did not take place.

So Omato and Kellogg did not speak? Kellogg was Pence’s national security advisor. What was his real role in all this?

And consider this: Pence was furious that day. His old friend Jim Inhofe said that he had never seen Pence so angry in all the years he had known him. I think it’s plausible that Pence knew of some of the extreme brainstorming that was going on and then was horrified to find out that it was actually coming true and that he might have been kidnapped or killed. I think he may have been hoping that Trump wouldn’t go as far as he did and then he saw exactly how far Trump was prepared to go. No holds barred. Anything to stay in power.

I think Raskin is right promising a bombshell. If there is one thing I have learned writing about Donald Trump these past six years it is that the worst that you can imagine is usually the truth.

Mike Pence wouldn’t get in the car because he didn’t know who was driving it. Those are the  man’s words. This is how colossally corrupt and screwed up our government got in the last days of Trump, where the vice president of the United States knew he was in danger of kidnapping, possibly assassination.

And here’s a final thought: Pence has had no problem since Trump’s been out of office in clearly stating that there was no election fraud and Trump lost. He can afford to oppose Trump because he knows that the bare bone facts of what happened January 6 are going to come out anyway. Nothing is to be gained by cosigning on Trump’s lie.