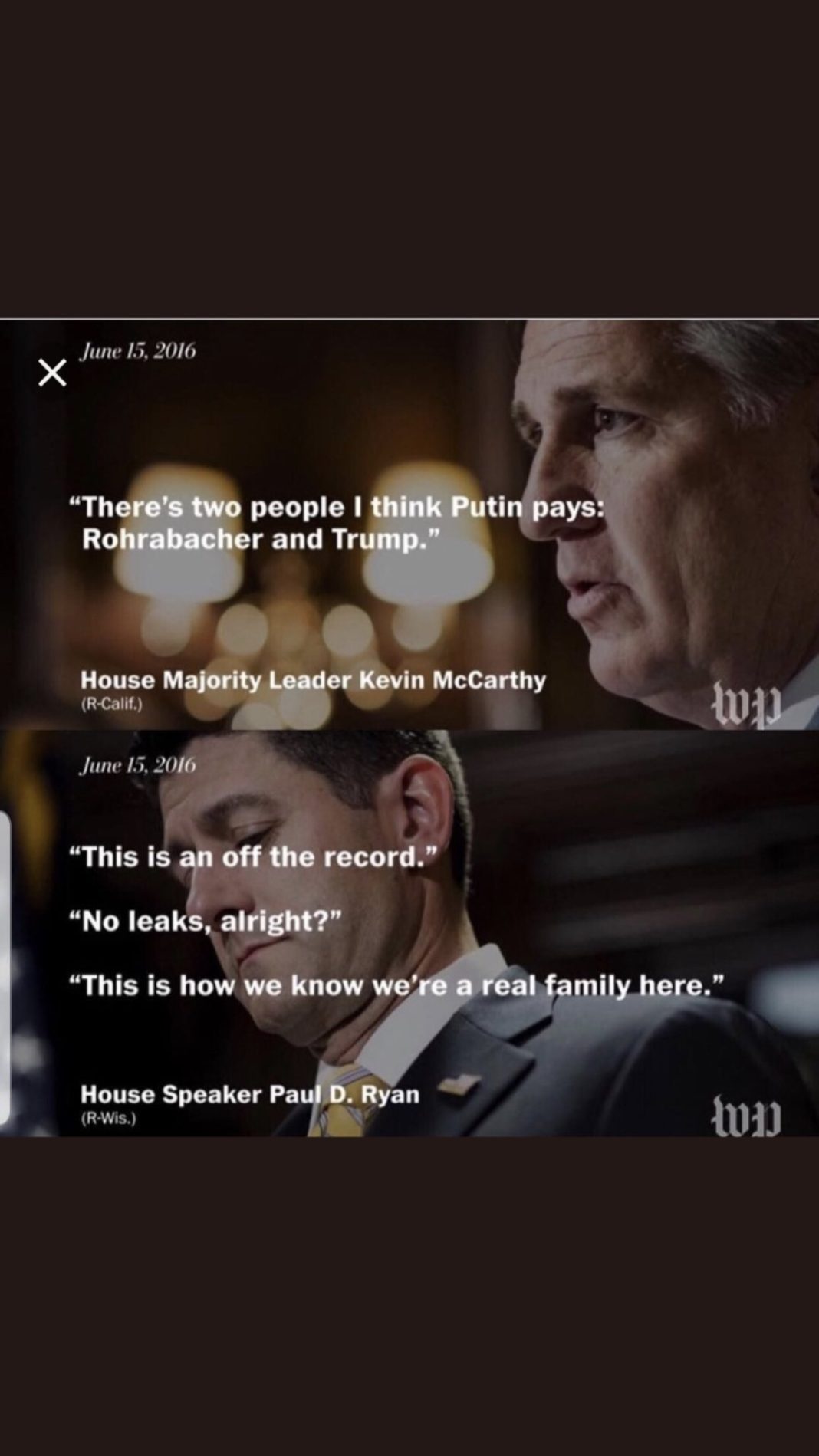 The first threads are coming undone and soon, ladies and gentlemen, you will be able to watch Kevin McCarthy come apart at the seams, like a cheap suit. He’s had a chance to deal equitably with Marjorie Taylor Greene and the best he can come up with is that while her comments are simply awful and go against everything the Republican conference stands for, there’s still no basis for taking her off of House committees.

What McCarthy just did here, in lieu of disciplining a freshman congresswoman, is set up a very uncomfortable show down in the House. Apparently he thinks that will do less damage — assuming he thinks at all and that’s debatable. Associated Press via KIRO 7 TV:

WASHINGTON (AP) — A top Democrat said the House will vote Thursday on removing Rep. Marjorie Taylor Greene from her committees, intensifying the stakes over the Georgia Republican’s online embrace of conspiracy theories and violent racist views.

The announcement by No. 2 House Democrat Steny Hoyer of Maryland came Wednesday as showdowns approached over Greene and Rep. Liz Cheney, who’ve antagonized opposing wings of a Republican Party struggling to define itself without Donald Trump in the White House.

House Republicans, under bipartisan pressure to punish Greene, have been hoping to take action on their own — such as removing her from one committee — and avoid a difficult political vote for many in the GOP.

But Hoyer released a statement saying that after speaking to House Minority Leader Kevin McCarthy, R-Calif., “it is clear there is no alternative to holding a floor vote on the resolution to remove Rep. Greene from her committee assignments. “

A McCarthy aide said he would discuss the situation with his GOP colleagues.

A full House vote would be a political ordeal for many Republicans, forcing them to go on record defending or punishing a social media-savvy lawmaker who has won enthusiastic support from Trump.

Republicans had appointed Greene to the Education and Labor Committee, a decision that drew especially harsh criticism because of her suggestions that school shootings in Connecticut and Florida could be hoaxes. She’s also on the Budget Committee.

The Democratic-run House Rules Committee was meeting Wednesday in an initial step toward removing Greene from her committees, a rare step for Congress.

It’s a rare step for Congress to take, but one that they’re forced into now that McCarthy has flaked out, as expected. Speaking of which, the Lincoln Project has a few choice words for Leader McCarthy. Here’s a press release they issued earlier this afternoon.

“It has come to our attention that there is a rumor circulating that The Lincoln Project is in coordination with GOP Conference Chair Liz Cheney. This is yet another baseless lie being spread by the Jim Crow Caucus and its leader Kevin McCarthy, a man who lives in a rancid bubble of conspiracy, fantasy, and desperation.

“It’s telling that Republican leadership spends more time focusing on an imaginary alliance than it does exposing and condemning the QAnon conspiracies being spread by members of their own caucus.”

“The Lincoln Project has had no interaction with Congresswoman Cheney. That said, we think she’d take Matt Gaetz in a fight with one hand tied behind her back.”

McCarthy’s got it coming and going. This is what happens to yes men with no principles. You can’t please everyone, so got to please yourself. That means doing what’s right. Maybe we should get him the song.