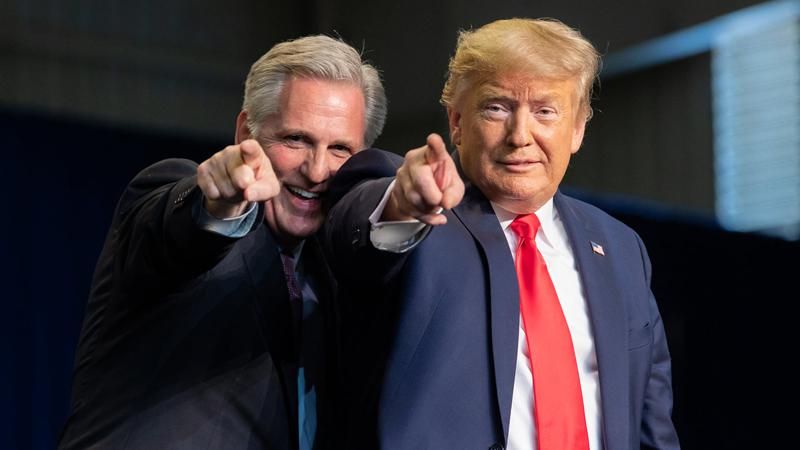 There are different stratas of performative assholery and one favored by politicians is arrogant disdain. If you are looking for a working example of the genre, you will do no better than to read Kevin McCarthy’s statement about how he will not sully himself by responding to the January 6 Committee’s request for his august presence. Righto and tally ho.

“This committee is not conducting a legitimate investigation as Speaker Pelosi took the unprecedented action of rejecting the Republican members I named to serve on the committee. It is not serving any legislative purpose. The committee’s only objective is to attempt to damage its political opponents – acting like the Democrat Congressional Campaign Committee one day and the DOJ the next.

“The committee has demanded testimony from staffers who applied for First Amendment permits. It has subpoenaed the call records of private citizens and their financial records from banks while demanding secrecy not supported by law. It has lied about the contents of documents it has received. It has held individuals in contempt of Congress for exercising their Constitutional right to avail themselves of judicial proceedings. And now it wants to interview me about public statements that have been shared with the world, and private conversations not remotely related to the violence that unfolded at the Capitol. I have nothing else to add.

And then he adds something.

“As a representative and the leader of the minority party, it is with neither regret nor satisfaction that I have concluded to not participate with this select committee’s abuse of power that stains this institution today and will harm it going forward.”

We are sure that the committee members are all reeling from this scathing denunciation of McCarthy’s. What’s that you say? How can a lying hypocrite like McCarthy presume to take the moral high ground to anybody? Precisely. If there is a rattlesnake that slithers lower than McCarthy it’s only because the poor thing has fallen into a ditch.

Oh, well. We’ll send over some smelling salts and a couple of fainting couches to the Committee.

In all seriousness I doubt if Speaker Pelosi has batted an eye. The dear lady has seen it all and she knows who the people that she works with are.

As to the piece I wrote earlier today about what McCarthy would do, this is doing a Mike Pence. McCarthy will hang in there, as did Pence, until the situation becomes completely ridiculous and untenable and then he’ll wriggle out as best he can.

McCarthy is never going to go full MAGA and dive in and wallow with Greene, Cawthorn, the lot of them. No, he’s going to stick his nose in the air and pretend to be above it all, quite.

The J6 Committee has its work cut out. It’s going to be fighting procedural morass and stall tactics all year.