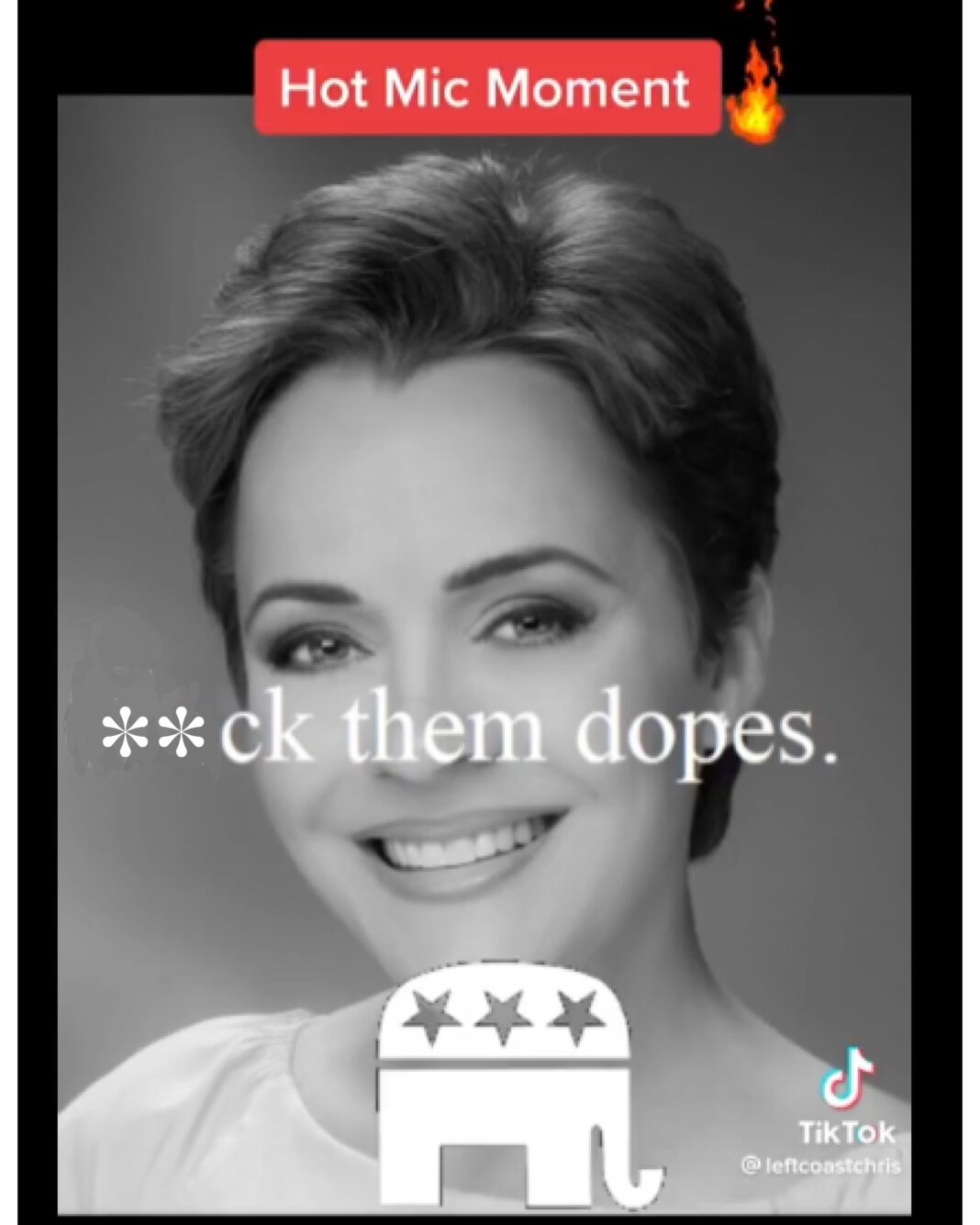 Remember Lonesome Rhoades, the character in a Face In The Crowd, who actually hates the good ole boys and gals that he pretends to be one of? And then at the end of the movie, somebody leaks a hot mic moment and old Lonesome becomes a pariah, when people find out what a schmuck and a phony he really is? That’s what you’re about to see.

The context is not clear, here. The best I can extrapolate is that Kari Lake is being coached by the Fox News guy (whoever he is) to not get involved in a commentary about college students and drugs. By the way, college students in Arizona voted overwhelmingly to defeat her.

Lake thinks, for some cockamamie reason, that she’s in the catbird seat and the young people are a bunch of dummies. Wrong-o.

Have you watched this yet? Not a good look for Kari Lake. pic.twitter.com/e4oCuCj3BH

That isn’t going to do Hari Kari any good, let’s just put it that way. 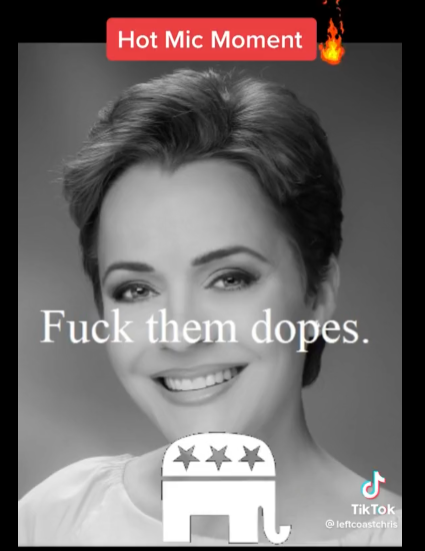 The GOP logo really does it, because in point of fact, that is the motto for the GOP. We found that out in no uncertain terms when the Republican party put Donald Trump atop its 2016 ticket. That is how the GOP feels about all of us, individually and collectively. Thanks for the honesty, Kari. We do appreciate it when people say the quiet part out loud. Breath of fresh air, and all that.

So much for the dope vote.

Katie Hobbs led Kari Lake by 35,000 votes at last count. It’s not over until it’s over.

It is a sad commentary on our culture that a county elections official would find it necessary to explain something like that in those See Spot Run terms. But look at some of the candidates in Arizona and their rabid followers and it makes perfect sense.