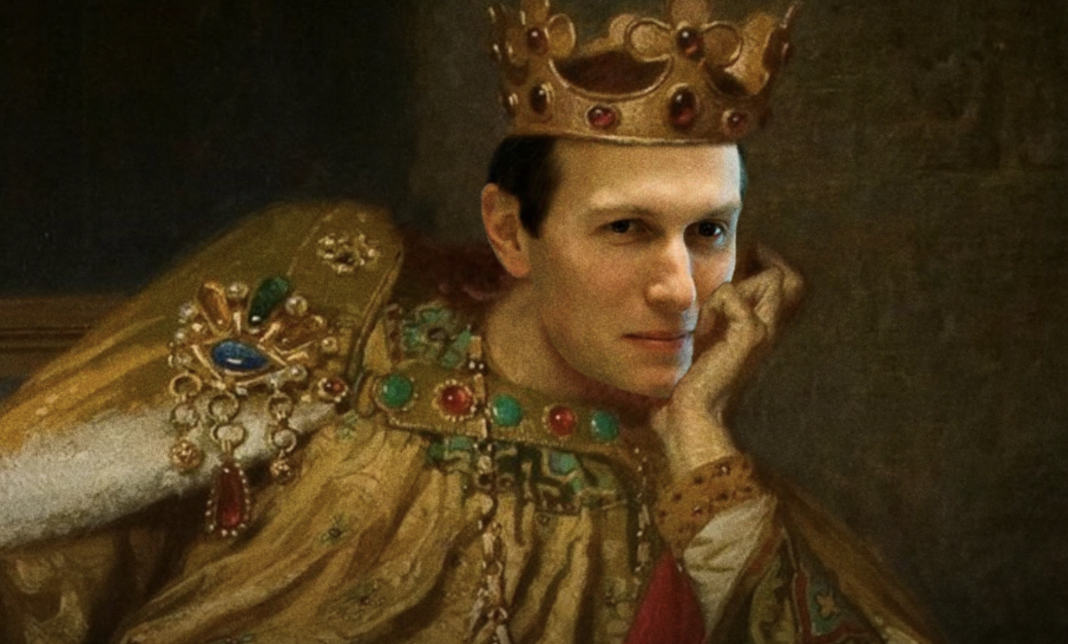 Donald Trump is running out of money. Yes, he has that $122 Million stashed in his war chest but the RNC, pests that they are, would probably have something to say about it if he tried to pull it out and pay his legal bills with it. They’re a bunch of busy bodies, you know that? Here Trump earned allll that money with his name, his brand and what did the Republican party ever do to deserve a dime of any of it, huh?

Then he told Melania that she should go out and earn money and she said, “Vat do you vant me to do? Sell Avon?” Trump had to go look that one up but by the time he did Melania was doing something almost as strange, she was selling photos of her eyes as NFTs and even threw a hat into the bargain. Would any of those cheapskates phony up a lousy $180,000 and help the girl out? Fuck no! And after all he did for them! Ronna McDaniel owes him big time, you would think if she knew what was good for her that she would have bought it, but she’d look stupid in the hat anyhow, so it’s just as well.

But then, there was one hope. His last hope but a shining hope indeed. “My Star,” Trump had always called him, “The smartest guy I ever met,” which goes to show you how limited Trump’s social circle is. He spoke worshipfully of Jared Kushner, who else?

And so Jared, being BFFs with Mohammad bin Salman, and MBS being BFFs with golf and desirous of a world wide golf tournament in his name, decided that the Saudi league should come up to the US of A and use daddy-in-laws golf courses. Voila. MBS is happy and that’s always good. You never know when another billion dollar investment is going to go south and if you know the right people they can bail you out. And the best part is daddy-in-law will STFU and stop kvetching nonstop. Jared can’t stand the 3:00 a.m. calls to Ivanka anymore. Even the dog is getting neurotic from lack of sleep.

And those human rights issues? That journalist that was brutally tortured and hacked up with a saw? Pshaw. Why do people make such a big thing out of trifles?

If you’re just now tuning in, the Saudis are talking to Trump about using his golf courses to launch their new Saudi league golf tournaments, and Trump is apparently oblivious to the fact that a lot of people might cancel their memberships in his private clubs if he does. Or, maybe he’s so desperate for cash he isn’t thinking about that. A lot of people don’t have Trump’s cavalier attitude towards human rights atrocities. He made it clear at the time Jamal Khashoggi was horribly murdered that he didn’t give a rats ass. Washington Post:

On whether the crown prince knew about or ordered the killing by Saudi agents in the Saudi consulate in Istanbul, Trump said in the statement, “maybe he did or maybe he didn’t!” He suggested that U.S. interests in Saudi oil production, weapons purchases and support for administration policies in the Middle East were more important than holding an ally to account, and he stressed the importance of staying in the kingdom’s good graces because they were spending money in the United States.

“They have been a great ally,” he said of the Saudis, and “the United States intends to remain a steadfast partner.” He added: “I’m not going to destroy our economy by being foolish with Saudi Arabia.” […]

Jared Kushner, the former president’s son-in-law, was spotted on the sidelines of a Saudi golf event earlier this month. Bloomberg News reported that Kushner has sought backing from the $500 billion Saudi sovereign wealth fund, which is chaired by Crown Prince Mohammed bin Salman, along with other government-controlled funds in the region.” A spokesman for Kushner did not respond to a message seeking comment.

Longtime professional golfer Phil Mickelson has come under fire in recent days for saying that he was willing to overlook the country’s human rights record and consider supporting the new league. Many critics have said the Saudi government is attempting to buttress its standing by holding high-profile sporting events.

“We know they killed Khashoggi and have a horrible record on human rights,” Mickelson was quoted as saying by Alan Shipnuck, a biographer who wrote a book about him. “They execute people over there for being gay. Knowing all of this, why would I even consider it? Because this is a once-in-a-lifetime opportunity to reshape how the PGA Tour operates.”

There you have it, business before any dipsy considerations like human rights. What, are we in this world to be moral, decent people and treat each other properly or are we here to make a buck? I mean, really. Some people. The way they think.

And so Donald is happy that My Star has set this up for him. Oh, so happy. The next thing he’s giving the boy wonder to do is work on getting the G7 or the G20, or better yet both, set up for the years 2024 through 2028 at Doral, Bedminster, wherever, when Donald will be back in the White House and hosting them all. What a wonderful idea. Jared will know how to do it. Jared knows all.