Yes, my email address is part of the chyron on Lindell TV. That’s the strange story you’re about to hear.

Talk about deja vu. If this isn’t a glitch in the matrix, I don’t know what is. April of 2021 I managed to piss off Mike Lindell something fierce. He trashed me to Roger Stone. That video tape was later pulled from YouTube but not before Jimmy Kimmel put together a supercut of Lindell screwing up my name. That was my fifteen minutes of fame. Thank you, Mike.

Fast forward to June, 2022. Lindell still can’t pronounce the Germanic name, derived directly from the Latin for female bear, Ursula. It still comes out Yersoola. Although he did segue from Faw to “Fay” when he asked his sales desk if “Yersoola Fay had ever bought a MyPillow.”

Then he goes on to have my piece read line by line. The piece which so inflamed him is from yesterday, the story about Lindell’s pillow empire collapsing so he’s going into the MyCoffee business.

Here are excerpts and you can listen to this entire mess below if you feel like it. It exhausted me to listen and I was the source of his angst. Lindell can wear you out, as you know. But this is classic.

“She definitely is a godless, empty soul and she needs to be prayed for. She’s disgusting the stuff that she puts in here. No, I’m going to all lengths, Ursula, to get rid of the machines in our country so we can have an election again in our country, instead of a selection, Ursula. Let me tell something, I’ve spent over 30 million dollars and I don’t care how much I have to spend, Ursula. This isn’t to make money, I’ll tell you that, Ursula.”

Absolutely, I’m the one with mental problems and I’m the one that needs to apologize. The other party to this argument has, by his own admission, spent 30 million bucks on the fantasy that Donald Trump won the 2020 election and he’s about to be bankrupted by Dominion and Smartmatic, but he’s tightly wrapped and I’m unglued. Okey doke.

Then Lindell tells Brannon Howse to scroll down and he continues reading the piece.

Jesus died on the cross for you, Ursula. And for me. And for everyone. What do you call that when you blast Jesus, Brannon? (Answer from the shadows: “blasphemy.”) This is an example, I want all you journalists out there..

He drifts off. Then he blasts Jimmy Kimmel for mocking MyStore as Scamazon, a few years back. He wants Kimmel to apologize for that and as for me? Well, Sir. I have a tall order of an apology. I have to atone for, “what a horrible thing she did to our country to these entrepreneurs to mystore.com and my employees and to God and blasphemy.”

Then Brannon Howse points out the bottom line of this and all pieces here on PolitiZoom, “consider supporting the site” and they agree that’s panhandling. Ha, ha, Oscar Wilde and George Bernard Shaw had nothing on these two. And actually, there is a resemblance. Wilde and Shaw were wits, Howse and Lindell are half wits.

Then Howse trashes a Daily Kos article from 2018 that got reblogged on Occupy.com. It’s called “Evidence Mounts That Russia Covertly Swayed Brexit Just Like the U.S. Election.

Interesting they picked that article. It ends with a comment by Adam Schiff about the extraordinary parallels between Brexit and the Trump campaign. I quoted Schiff then, I agree with him now.

Lindell ends up by ordering his troops to come after me on my email and on PolitiZoom and on Facebook and Twitter. Here’s the full tape, if you can stand listening to it. My part starts at 38:25 and then goes on for eighteen minutes, if you can believe it. You got the highlights above.

Direct FB link https://t.co/1mC9oBbsYX
His Frankspeech studio version won't get put up for a few hours.

Now, are you ready for this? After Lindell ordered this social media attack of massive proportions against me? I got 14 nasty emails. I even checked spam and there was only one there.

I got one insult on Twitter, otherwise I gained five followers and some compliments and support — which are always welcome. I do what I do because it’s a labor of love.

Mike Lindell is atm going nuts about something you wrote about his shitty coffee. I think that deserves a follow. Keep up the good work. 🙂 Oh and he really has issues saying your name. 😂

Every week he has a new target to rant about. What a clown. 🤣

The article was great. Lying Mike's pillows are crappy.

I wouldn't worry too much, he has a different 'worst person ever' almost every week. His delusional thought processes are something to behold, he has no evidence of any voter fraud, so lashes out at anyone who calls out his lies. He'll be broke soon enough. Or in hospital.

So a total of 15 nastygrams on Twitter and gmail, zero here at PZ that I’ve found, and nothing on the Ursula Faw Facebook page, which is broken and only had six followers to begin with. Balance that against the compliments, followers, and now I’ve written down this madness and I’ll take it to the bank.

Do share this article far and wide my friends. I want as many clicks on it as possible. Or put a synopsis of it on your social media feeds. Living well is the best revenge, as they say. And Lindell will go batshit when he sees this piece doing well. We’re laughing at you, Mike. All of us. Every Democrat who has ever heard your name thinks your a flaming lunatic and a total joke. 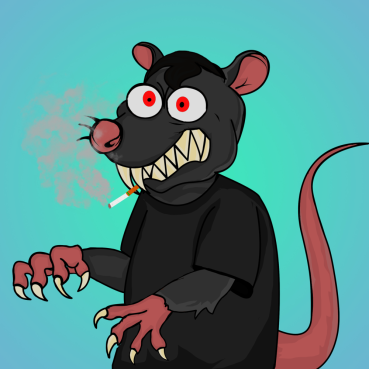 Let me know when you want to go another round in the ring, Mikey. I’m game. I’m always game. Squeak, squeak. I’ll bring a cheese plate next time.