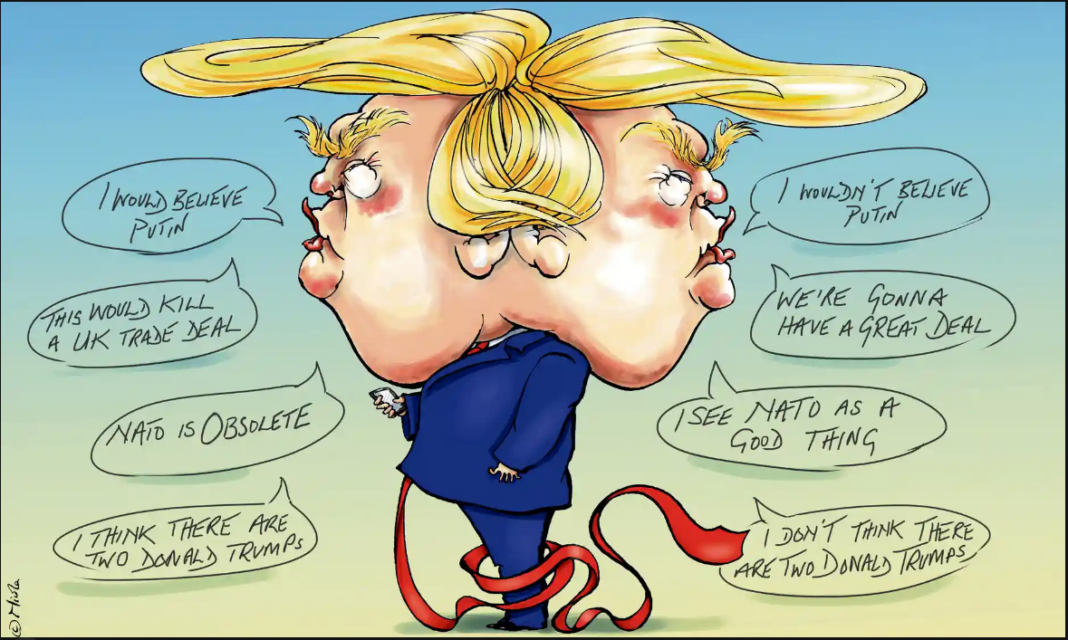 Talk about a scumbag, this may be Donald Trump’s lowest moment yet. And I hesitate as I say that, because with him, there is always another bottom to be reached. And once you’ve hit that bottom, you discover it’s got a cellar and the cellar has sub-basements.

On Monday, Trump posted on Truth Social that he would endorse somebody for the Missouri governor’s race that day. He then picked up the phone, according to Politico, and called Eric Schmitt. He said, “You’ll be happy.” Then he did the same thing with Eric Greitens.

And so he manipulated a thank you out of each of them, because obviously he didn’t tell Schmitt that he was also endorsing Greitens or vice versa.

To recap, Trump couldn’t decide whether to endorse Eric Greitens or Eric Schmitt in the Missouri Senate race, so he just endorses “ERIC” the night before the election. Now both are graciously thanking him for his sincere support. pic.twitter.com/voE4Z3myOk

I just had a GREAT phone call with President Trump, I thanked him for his support!

Together we will MAGA & Save America! 🇺🇸

Or, maybe it was this Eric. And he would thank Daddy, too.

Read the entire passage from Tale of Two Cities:

I share this because Tale of Two Cities was set during the time of the French Revolution and the Reign Of Terror. The things that happened in those times blew peoples’ minds.

In this country we compare the present to the Civil War, because our country is still so relatively young and the Civil War is the worst thing we’ve experienced in our history.

Another bit of history that comes to mind is from ancient Rome. Emperor Caligula decided that he wanted his horse, Incitatus, to become a member of the senate. Caligula was so insulated in his bubble of wealth and privilege, so contemptuous of the institutions of government which to him were merely toys to trifle with, that he thought it was comical to suggest that his horse become a senator.

To my mind, what Donald Trump just did was show the same contempt for our traditions and institutions as Caligula did in his day.

Maybe by game show standards, this was a cute move, to play with the minds of two gubernatorial candidates and their constituents. It utterly disgusts me. And if there’s an adult anywhere in the Republican party, it should utterly disgust him or her.

Rome fell not too many more years after Caligula. The GOP is falling as we speak. Let’s just hope they don’t take democracy down with them.

Trump Escalates FBI Feud With Tweets From October 2020 About Declassifying...