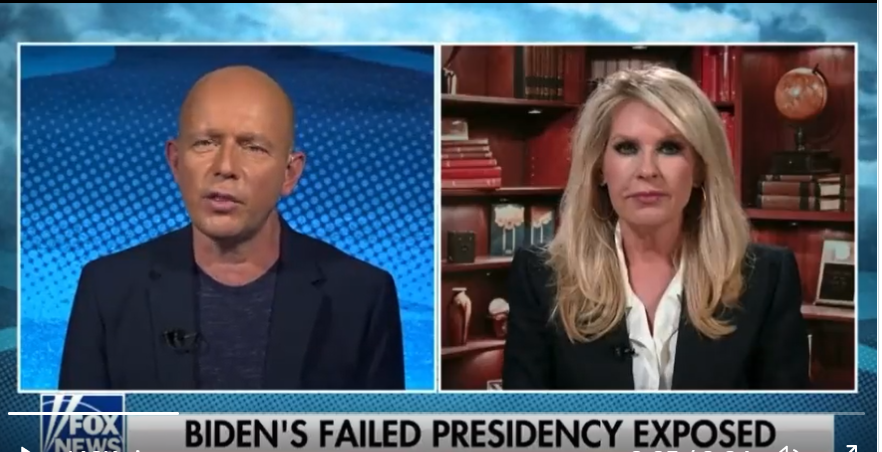 Look: You know and I know and everybody knows that Fox “News” makes stuff up all the time. That’s why they’re in business. They create lies with far greater ease than a spider spins her web. We are talking some world class gyration here, when we speak of Fox News.

But tonight they outdid themselves. This is a watershed moment. The clip you are about to watch, a pas de deux between Steve Hilton and Monica Crowley, has been described as  “when the Syfy Channel, History Channel and CNN have a menage a trois.”

I don’t know WTF they’re talking about — and neither do they — but I can give you some solid assurances on this: Whatever it is, it didn’t happen this way on this planet. Maybe in some alternate universe, but not here.

Actually, it all started when Sun Tzu began to advise Julius Caesar during his conquest of the Aztecs. https://t.co/M0BsHfnwjb

Let me start out with a giant buzz kill. The KGB didn’t exist in the ’30’s, it didn’t come into being until 1954. Also, Joe Biden wasn’t born until 1942 but he was somehow involved with the KGB in the 30’s. I hope that on Steve and Marsha’s next outing they will reveal that time travel is a big part of all of this, because friends, that is the only way that this theory is going to hold water. 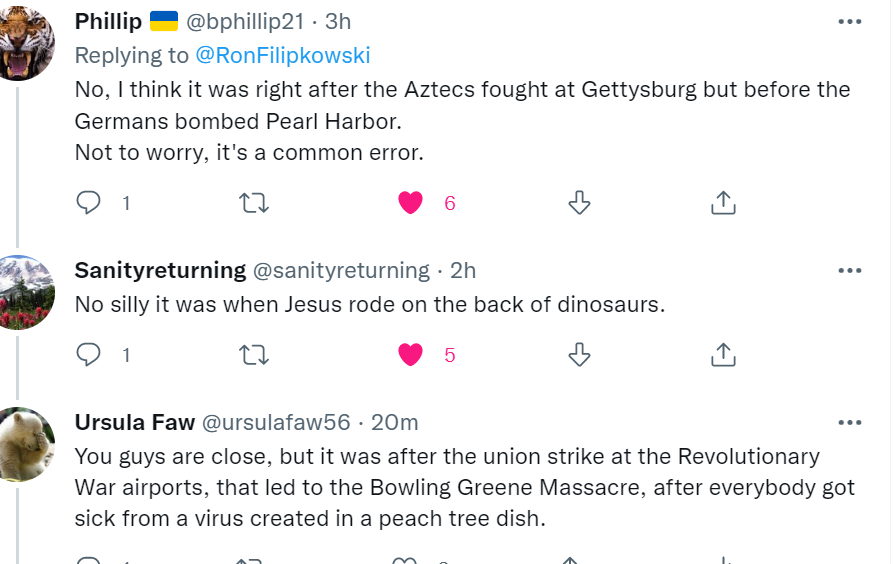 Who writes this copy? I have an image of two or three writers at Fox News, and they’ve got a bet going, on who can write the most utterly batshit copy that is so far out there that even the crazy hosts won’t read it — and even they are amazed that their copy is still going out on the air! I mean, man, if you’re going to write conspiracy theory, at least give it a plausible timeline. Is that too much to ask?

And this idiocy will continue to go out on the air. Unless I miss my guess, the people who work for Fox News are utterly jaded and they’ll do anything until Murdoch shuts them down — or, gives them a raise, which is what I think might happen to my imaginary copywriters.

The bar just keeps dropping. P.T. Barnum was not a cynic, he was a visionary. “Nobody ever went broke underestimating the taste of the American public.” Nor the education and general knowledge base. Not to mention common sense.