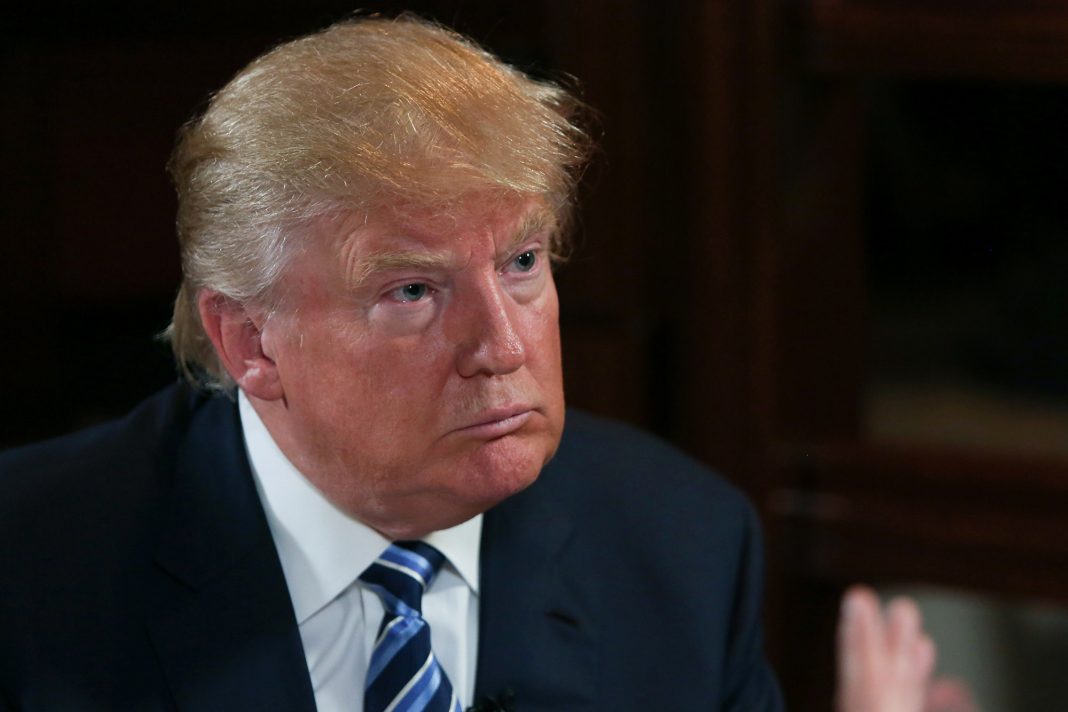 To be honest, I’ve been wondering when this would start, and now is as good a time as any I suppose. We’re just about 8 months from the 2022 midterms, and about 12-16 months from the unofficial kick off announcements for the GOP 2024 presidential primary mosh pit and demolition derby.

Over the weekend, three what are considered as top tier contenders for the 2024 primaries, Tom Cotton, former VP Mike Pence, and FL Governor Ron Deathsantis all made speeches in which they all very gently, but very directly and emphatically criticized Trump for his early handling of the Covid pandemic. Pissantis in particular came off looking like a total tool, bemoaning that he wasn’t more aggressive against Covid earlier, conveniently forgetting the fact that long after Trump was gone, Pissantis was touting things like threatening school funding over mask mandates, shit so stupid that even Trump wouldn’t sign off on it.

Now that these three morons have gotten in the first 3 stabs, here’s what you can look for next. The entire 2nd tier to jump in on top of the pile on. Sniveling twits like Kristi Noem, Cancun Teddy Cruz, Josh Hawley, and possibly even Mike Lee. For the simple reason that the last on the bus gets to stand in the back with the freaks.

I know what you’re thinking, This is fucking ridiculous, it’s way to early yet! Normally I would agree with you, but as I’m fond of saying, Tempus does fugit. And this time around, there is a special consideration that is going to force the hands of anyone who considers themselves serious contenders, and make them move earlier than they’d like.

Here’s the special circumstance. Donald John Trump. More than a year after leaving office, Trump still stubbornly sits atop the 2024 leaderboard for the nomination. Which is bad news for these wanna-be contenders. Because every man-jackin’-one them has spent the last 6 years in slavish lockstep with His Lowness. They are all now seen by pretty much everybody to nothing but a bunch of sniveling sycophants and toadies. And why vote for a gutless minion when Da Boss is waiting to be coronated?

They now have to reinvent themselves as their own people, strong and independent, and the sooner they start that process the better, since it’s going to take a shitload of whitewash to get all of that Trump shit off of them. But they have to do it very delicately. They have to create their own lane independent of Trump, and prove their independence by directly attacking various Trump positions and actions, but not attack so hard that Trump’s base won’t even consider them as an alternative to Trump.

Here’s how I see it playing out, at least in the early stages. Cotton, Pence and Pissantis attacked Trump this weekend on his initial Covid response. That should just about fill up that basket, simply because the later comers can’t all complain about the same thing, or till look like they’re just piling on and being sourpusses.

So they’ll all pick out their own little niches to carve. Maybe Trump’s terrible child separation policy at the southern border. Or his describing African countries as shithole countries. Maybe his complete and utter failure in the government shutdown debacle, or his inability to get an infrastructure bill when he had a bird in the hand, and Biden got it done in less than a year. And just as sure-as-God-made-little-green-apples, when they attack Trump, they’ll attack everybody else in the field for the same thing, since the whole damn bunch of them was in lock step every step of the way.

Fire up the microwaves my peeps, cuz this gonna be some fun. Me? I’m getting a refrigerated 55 gallon drum with a tapper, so Bud Light can make twice weekly deliveries. This is going to be the textbook example of a circular firing squad. These idiots are gonna be running around like they’re at a paintball park, desperately trying to spatter everybody else, while not taking any incoming. And meanwhile, Trumpelforeskin will be zooming around the country, holding his stupid rallies for the faithful, and insulting anybody in sight.

Some of you may have already noticed that there is one very prominent potential 2024 frontrunner that I didn’t name, Nikki Haley. That’s because none of this really applies to her. She publicly had her differences with Traitor tot all along. Even when she was UN Ambassador, she publicly disagreed with him, on occasion from her UN chair. When she wrote her resignation letter, she effusively thanked Trump for the opportunity to serve, but didn’t slobber him with slavish drool like everybody else does.
And she has continued to disagree with him when she felt it appropriate. She alone has already staked out an independent lane that allows her to cruise far above this shit, keeping herself nice and clean.

So there you have it. Eight months before the 2022 midterms, and already the 2024 GOP Presidential primary food fight is ramping into gear. And I have a feeling that this one is going to make 2016 look like a civilized duel on Boston Common. In 2016, pretty much everybody but Cowardly Cruz came out of the gate swinging at Trump, trying to take him down. Now they’re gonna have to swing away at Trump, while simultaneously running away from their own words being thrown back in their faces. Don’t touch that dial.