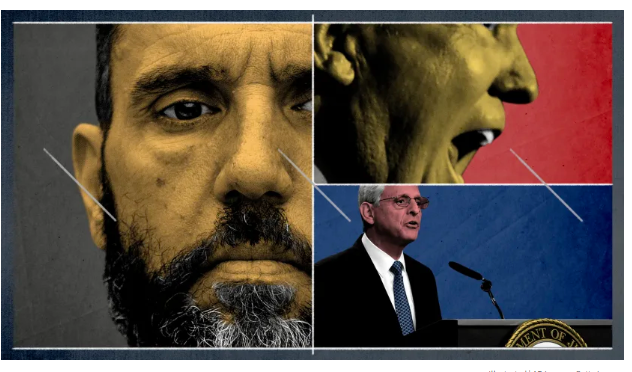 This didn’t take long and it makes perfect sense. Donald Trump’s enmity towards special prosecutor Jack Smith is patently absurd. Trump has vilified the man, his wife, Smith’s other relatives up one side and down the next. Obviously, Smith has the ability to push buttons Trump’s buttons.

Now we find out why that is. The Independent is reporting that the special counsel is “pressing Trump officials on Russian probe documents.” That is why Trump is going off the deep end.

Investigators working for Justice Department Special Counsel Jack Smith have reportedly questioned multiple ex-Trump administration officials about the fate of a large tranche of classified documents pertaining to the FBI probe into Russia’s campaign of interference in the 2016 election.

A report by Murray Waas, a freelance investigative reporter and former National Journal staff writer, wrote on Wednesday that “at least three” figures in Mr Trump’s inner circle have been pressed by prosecutors on whether Mr Trump took “thousands of pages” of documents from the White House — including many bearing classification markings — with an eye towards making them public in attempt to discredit the Justice Department’s probe into alleged ties between his 2016 campaign and the Russian Federation.

The twice-impeached ex-president attempted to declassify many of the records at issue before he left office with the issuance of 19 January 2021 memo with the title “Declassification of Certain Materials Related to the FBI’s Crossfire Hurricane Investigation”. Though he ordered the documents “declassified to the maximum extent possible” it’s unclear whether that directive was followed.

We have always known that Russia was the smoking gun, right? That became evident in 2016. Now, it looks like Jack Smith is going to bring it all out into the open.

Very simply, Trump didn’t care whose privacy he compromised or what American operatives he exposed or possibly got killed. His only interest was in serving himself — and Vladimir, of course. That goes without saying.