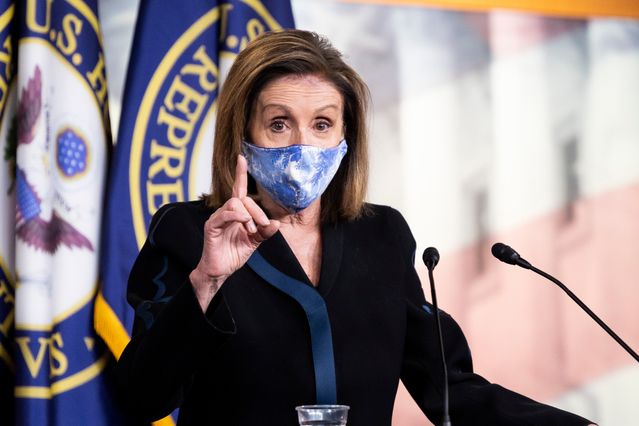 When it rains, it pours

Let’s start simple. In May, a Monmouth poll on Generic control of congress the GOP held a 4 point edge. I wrote at the time that this was stunning, since with the Democrats headwinds, the GOP should be up double digits. In a new Monmouth poll on the same subject released today, it shows Democrats +7, and the magic number, they’re at the 50% mark.

Strategist and Democratic pollster Cornell Belcher made the point that that was an 11 point shift in just 3 months. Normally, you only see this kind of a major shift when one part or the other is undergoing a major scandal, which isn’t happening here. But here’s the kicker. Biden’s popularity remained basically unchanged in the two polls.

How is this possible? Biden is an unpopular President, the economy sucks, the Democrats have a muddled message and an incomplete agenda. Poll responders don’t like Biden any more now than they did in May, but now they want the Democrats in control, and outside of the margin of error?

Former GOP strategist Matthew Dowd had the answer, and it was a 1 word answer. Decoupling. The Democrats have gotten the memo. Don’t even try to rehabilitate Biden, he’s not on the ballot. Instead, run on accomplishments they can sell, and on issues that are on the top of everyday peoples lists.

And right now, all of the major issues are breaking their way. Inflation, gas prices, mass shootings, and abortion rights. It appears that inflation is stalling out, and may start to come down, gas prices have dropped for 44 straight days now, a record, the Democrats get credit for passing the most comprehensive gun control legislation in 20 years, and I’ll deal with next.

Going into the Kansas primaries last night, most Democratic strategists told us that is the referendum to strip the right to abortion from the state constitution only succeeded by 1-3 points, that would be a huge victory for Democrats, and give them reason for optimism. A high enough turnout to keep it that close would prove that women’s bodily autonomy was motivating voters to the polls.

Instead it was a literal blowout. 59-41 to Keep abortion enshrined in the state constitution. That dotard Sam Alito is choking on his own jokes right now. And GOP incumbents and challengers running on anti abortion platforms had better be looking over their shoulders. It’s shaping up to be the Year of the pissed off woman.

But to see just how critical this is for November, and why the Democrats have to be optimistic, you have to go deeper into the numbers. Yesterday, 900,000 Kansans cast a ballot. That was double the number who voted in the 3018 primaries, and an incredible 67% of the total turnout for the 2020 general election. But here’s where the cheese binds, and why the Democrats have to have a newfound spring in their step.

In Kansas, Democrats and independents seldom show up for primaries, since their votes are basically worthless in the deep red state. Their turnout was through the roof, fueled by the abortion question. But here’s the real Looking Glass Moment. The numbers are showing that 48% of registered GOP voters who cast a vote, either in person or by mail, cast their ballots exclusively on the abortion measure, they didn’t bother to fill out the rest of the ballot. Proof positive that even GOP suburban women are taking the time to have a hand in this issue.

This is starting to remind me of the 2018 midterms. GOP white suburban women and moderate Republicans were furious at Traitor Tot, who wasn’t on the ballot. So they either stayed home, or showed up to vote for Democratic candidates to punish the party for Trump. Trump isn’t on the ballot this year, but something even more important is, their bodily autonomy. And Kansas shows that they’re righteously pissed.

And now one more, because hell, There’s always room for Jello. The GOP finally got around to caving and passed the bill to fund additional medical treatment for vets exposed to toxic fumes from burn pits in Iraq and Afghanistan. Biden is scheduled to sign the bill on Monday.

This was a golden gift for the Democrats, and a self inflicted gunshot for the GOP. The GOP voted overwhelmingly in June, and only copped a snit this time because McConnell got jobbed by Schumer and Manchin on the reconciliation bill. So they torpedoed the bill, instead of pounding their fists and kicking their feet. Worse yet, they rubbed the vets noses in it by getting caught back slapping and fist bumping after stalling the bill. Even with the bill passed, the vets are not in a forgiving mood.

How much better can this get? Not counting old, scared white people, the GOP has two major, stable bases of support. White women, and active duty military personnel and veterans. And now they have white suburban women up in arms over bodily autonomy, and now the vets are pissed about the GOP trying to do their healthcare on the cheap. And just remember, one day every active duty military member will be a veteran. Keep punching, and keep the faith.

A late update to hammer home the point

MSNBC just broke a new poll from swing state Arizona which I think you’ll find enlightening. There were two questions of a generic nature. The first was If you had a choice between a GOP or a Democratic candidate for congress, which would you vote for? The generic GOP candidate had a 5 point lead. But when the question turned into, If you had a choice between a pro choice Democrat, or an anti abortion Republican, who would you vote for? In that scenario, the Democrat shot out to a 33 point lead! 97 days to go. If public opinion turns into activism and votes, the the GOP is going to get crushed this year.