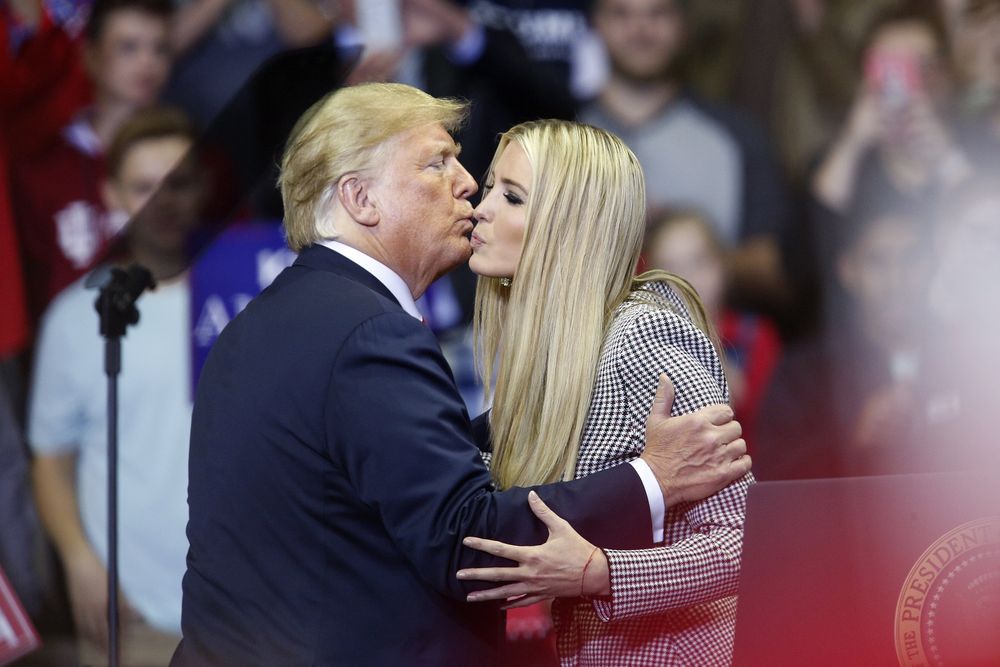 The news that New York Attorney General Letitia James had recently served both Donald Trump Jr., as well as Ivanka Trump with subpoenas for documents as well as a deposition, had to be a cold water douche for Ivanka particularly.

Let’s be honest here, shall we? Don Jr. has always been the classic wastrel son. With no particular skills or talent, he has spent his misbegotten life safely cocooned in the Trump organization. Son Eric tried to follow in Daddum’s footsteps, formed a company, and bought an industrial park for renovation and resale. But being a Trump, the goddamn thing had a warehouse filled with toxic waste, and Eric was losing his shirt. Daddy finally stepped in, bought the property, and tried to use local zoning laws to force them to clean up the mess. They told Trump to fuck off, and he took a bath.

But Ivanka has always been the Chosen One. The apple of her father’s eye. Strong and independent, she set out to make her own way in the fashion industry. She started with a line of apparel under the Ivanka Trump brand, and then branched out into shoes, handbags, and accessories. She was on her way to becoming another Trump mogul.

And for quite a while, while Daddum’s was wowing the stiffs with The Apprentice, the grift worked fine. The family name kept the suckers rolling in, and life was good.

But there was trouble in Paradise. As Ivanka’s public profile increased, so did public scrutiny, especially in the media. Suddenly, newspaper and media reports started talking about child labor law violations, as well as forced labor factory allegations in her overseas factories. And after Trump’s election, Ivanka took a serious hit for the sudden issuance of multiple Chinese patents after snagging a seat next to the Chinese President at an official White House dinner.

Ivanka’s brand took a major hit after her father took office. It turned out that his toxic behavior slopped over on her. The national retail chain that my wife works for carried Ivanka Trump apparel, and suddenly everything with her name on it was marked down to $0.99 just to get it off of the shelves.

But this is a whole new world of hurt for Ivanka. She is going to have to show up with records and depose. And while her brothers are lifelong fuck ups, Ivanka can boast a formerly successful business line. And if Letitia James is half the prosecutor I think she is, if Ivanka makes one slip up, she is going to unleash her dogs of war on Ivanka’s personal business dealings. And I don’t think she can stand it, simply because the acorn doesn’t fall far from the tree.