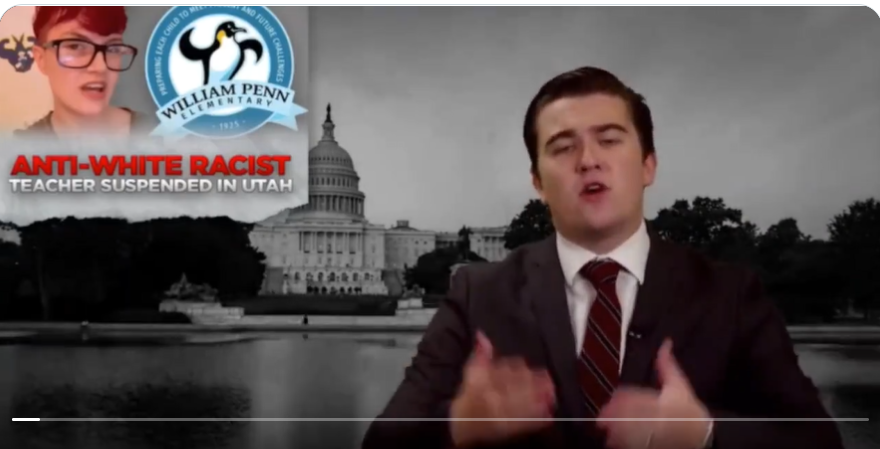 I speculate that this point in history will be looked back on as the time when every idiot with an ego and a strange political bent could get a podcast, or some platform, and start polluting the public narrative.

I thought it was off the walls when Steve King, the former congressman from Iowa, said that slavery “was like yard work” but what you’re about to hear is a couple of octaves crazier.

White nationalist Dalton Clodfelter thinks that "Black people should be growing up in a society that glorifies white people" so that they'll learn to be more grateful: "They should be thanking whites for slavery, quite frankly." pic.twitter.com/zw83r7CNfv

Let’s go for some comic relief, because this guy is appalling. 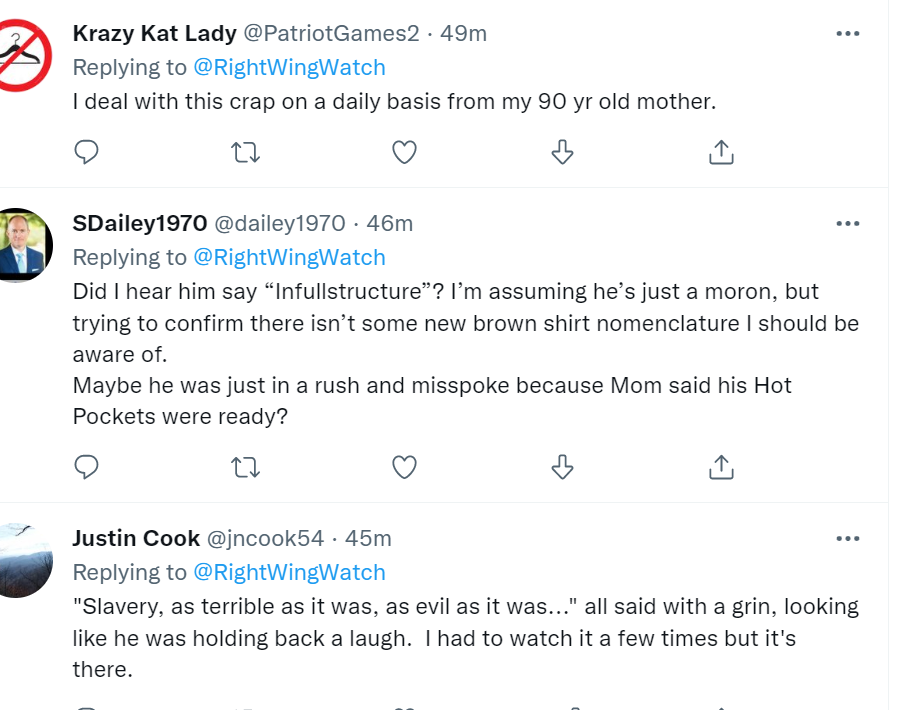 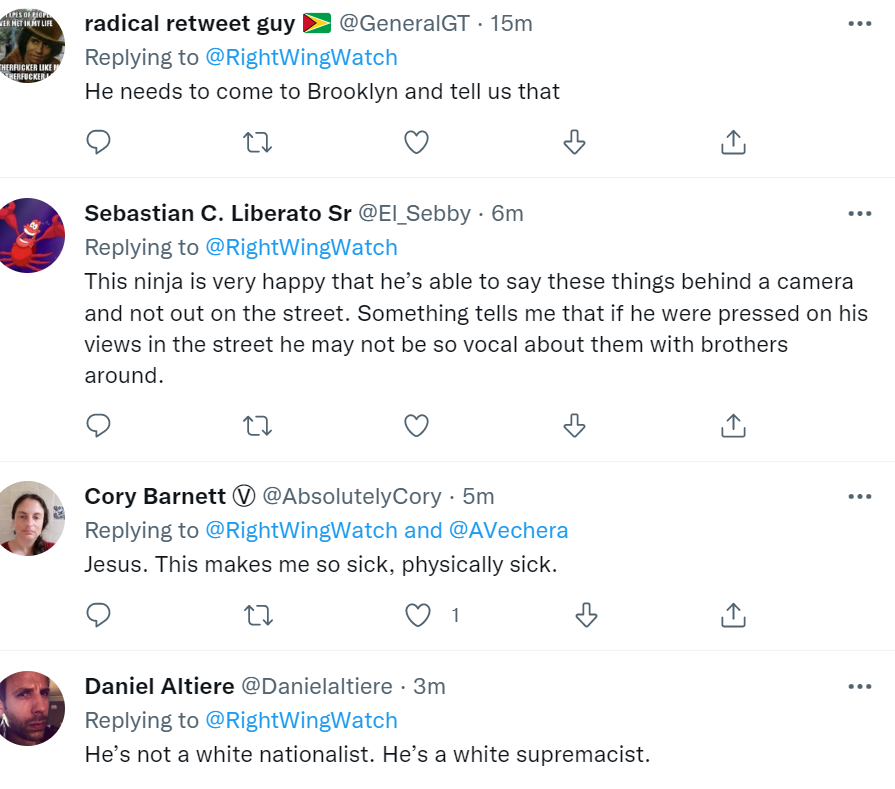 If you wonder how 74 million people voted for Donald Trump, this is at least a partial answer.