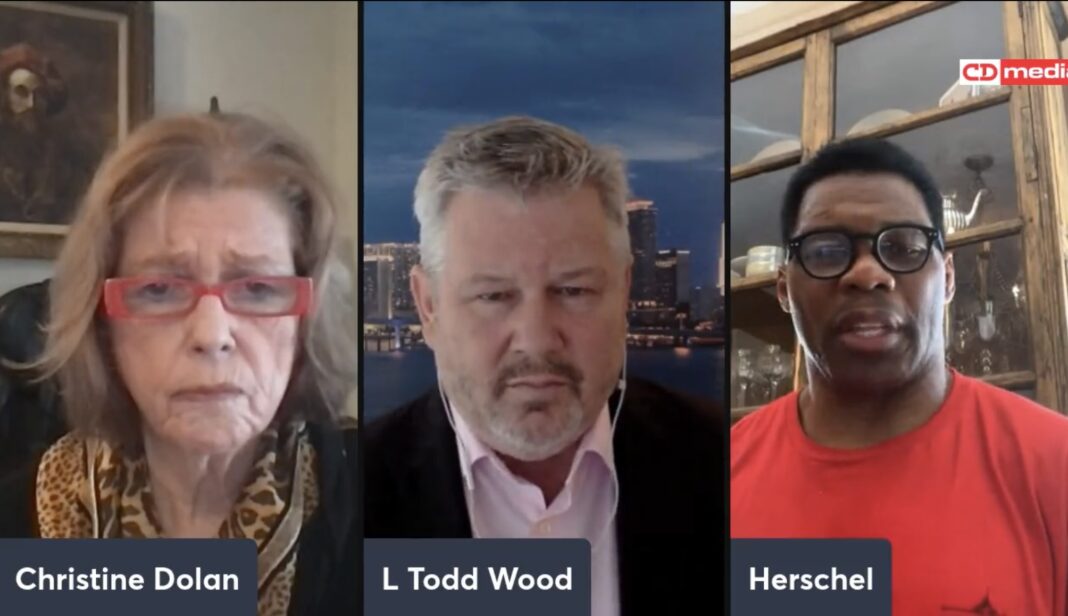 Typically I don’t have much to say about Herschel Walker and his gaffes and misstatements because, for one thing I personally don’t think they need to be much amplified to be costly to his campaign and secondly because his drumpf supporters are not likely to be swayed by my commentary and third I fear that piling on because of the way he speaks or his perceived lack of intelligence could actually backfire on us with some voters.

But when he joins the right-wing panel on Creative Destruction TV, (Creative Destruction being an outlet that offers such crapola headlines as “Biden Still Pimping For PHARMA”) to call the President a “racist” for choosing Kamala Harris as his running mate and the distinguished Ketanji Brown Jackson as his first SCOTUS pick, I feel the need to respond.

First of all, Mr. Walker, I would point out that as long as there have been politicians, politicians have rewarded their most loyal supporters with positions in their governments. That for many decades in America this played out as white men rewarding other white men was just a consequence of the power dynamic at play during most of our history. But in the past fifty years or so, women have become increasingly important as they have exercised their franchise more, and, more crucially perhaps, exercised it for themselves and not just as an adjunct to their husbands’ political leanings. And Black women have become an increasingly important part of Democratic electoral strategies as they have become their most reliable voting block. So you see, Herschel, for Joe Biden to reach out to two imminently qualified black women to fill out important posts in his government was just pragmatic and just, and not racist in any sense of the word.

So please, keep their names out of your mouth.

I would get into why drumpf selected you to run against another black man, but really there is no need to go into that here and I want to get on to Patriot Take’s video and commentary:

And he does not see any racism at all in the GOP recruiting him from Texas to be a Georgia senator.

Even they wanted nowhere near that website or panel.

Sounds like a commercial the DNC should be running over the next week across GA.

He has no clue what she just asked him. None. Packing? Nope. Supreme Court? What’s that?

Lord can we PLEASE let this run off be over and done with with the loss of @HerschelWalker so that he can GO FAR FAR AWAY NEVER to be heard from NOR seen AGAIN!!

I too will be glad when December 6th is behind us.

This race just get uglier and uglier.