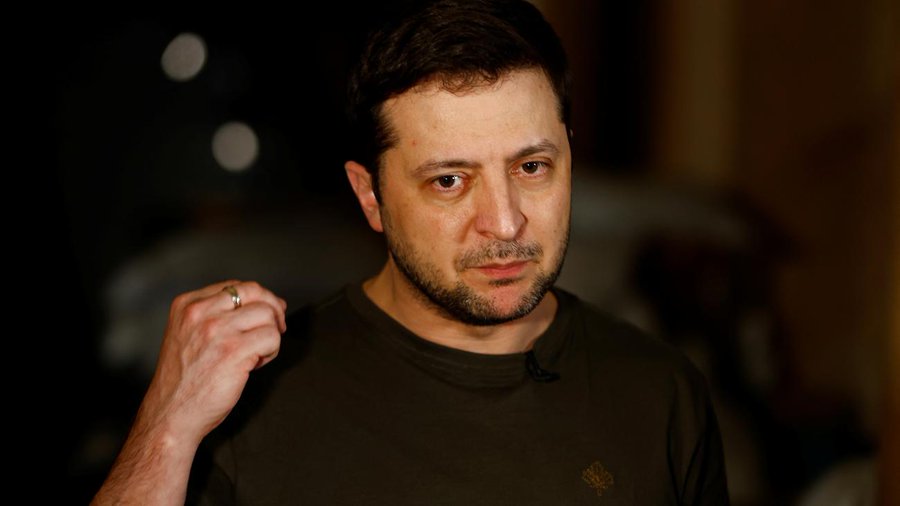 There is no such thing as a born leader. Leaders aren’t born, they just are. They rise to the circumstances of their times. President Franklin Delano Roosevelt rose to the fore twice as a national leader. He became President in the middle of a calamitous depression, and created programs that dug us out stronger than before. And he threaded the needle in keeping us out of WWII, while still supporting Great Britain, until Japan forced us into the war. And the rest is history.

But here’s the thing. For his time, Roosevelt was a master of the media. He was plainspoken and forthcoming, and put it on the line. Like Biden, he didn’t sugar coat it. His iconic fireside chats were a master class mass communication. With the bully pulpit, there was nothing the GOP could do to countermand his speeches.

And so, ladies and gentlemen, may I present to you Ukrainian President Volodymyr Zelensky. I am predisposed to like Zelensky because, like me, he is a former stand up comic. He is also a successful sitcom star, and the owner of a successful media company. There is nothing in that resume that would qualify him to lead his nation in a time of war with a purported superpower.

But he is. In fact, from where I’m sitting, Zelensky belongs right up there with FDR when it comes to historical wartime legacy. Here’s why. Time magazine just released an exclusive article with Zelensky in his presidential bunker, and what he said shows that he has more brains for breakfast than Putin has all day.

In the article he spoke about his role as commander in chief in a wartime struggle. And Zelensky said something like, As the President of the Ukraine, I am of course the commander of the military. But I am not a trained general, what do I know about leading forces into mortal combat. I see my role as being Communicator in Chief. It is my job to get in front of the world and plead our case.

Bin-fucking-go! For reasons I’ll never understand, the Russians failed to take out the Ukrainian communications and media outlets in the first days of the war.
As a result, Zelensky was able to put our daily uplifting, supportive messages to all Ukrainians. And later, he was able to put out messages in Russian, his native language, to Russian citizens asking them to protest to stop the carnage. But more important, it gave him an international platform for his cause.

At this point, I think it would be shorter to list the number of national legislatures that Zelensky hasn’t spoken to, rather than list the number he has. And every remote speech is met with the same response, a riotous standing ovation. Zelensky is passionate, sincere, honest, and pounds home the fact that his innocent country was brutally attacked by a Russian aggressor, and pleading for aid to repel the invasion. And the military aid and sanctions are pouring in.

And in the meantime, what is Vlad the Imp doing? Pretty much jack shit. Putin is trapped mentally and emotionally in the glory days of the Soviet Union. He led up to the war by grooming Russians to hate Ukrainians, they were wayward children, and Russians with funny accents. They’re not really people. But now, as Putin is getting his ass handed to him by the Ukrainians, the US, and NATO, he and his lap poodle Foreign Minister Sergei Lavrov have started spreading dark hints at the war expanding beyond Ukraines borders, since the US and Nato are fighting a proxy war, and refusing to deny the possible use of Nuclear weapons.

What. A. Fucking. Moron. Russia is a second rate power with a third rate economy, but it has persisted for far too long in rattling it’s nuclear sabre to get its way. The world has been waiting for a champion like Ukraine to stand up and bloody the Russian bear’s nose. And when he’s finally getting his wussy Russian ass kicked, Putin threatens nukes? Man! Talk about a motivation for the rest of the world to get complete Ukrainian victory!

So, there you have it. Just like FDR, Volodimir Zelensky is the perfect man at the perfect time. Because, just like FDR, zelensky instinctively understood the importance of the mass media, and using it to create and shape his global message. Especially when going up against a mental midget who doesn’t care what anybody else thinks. Here endeth the lesson.