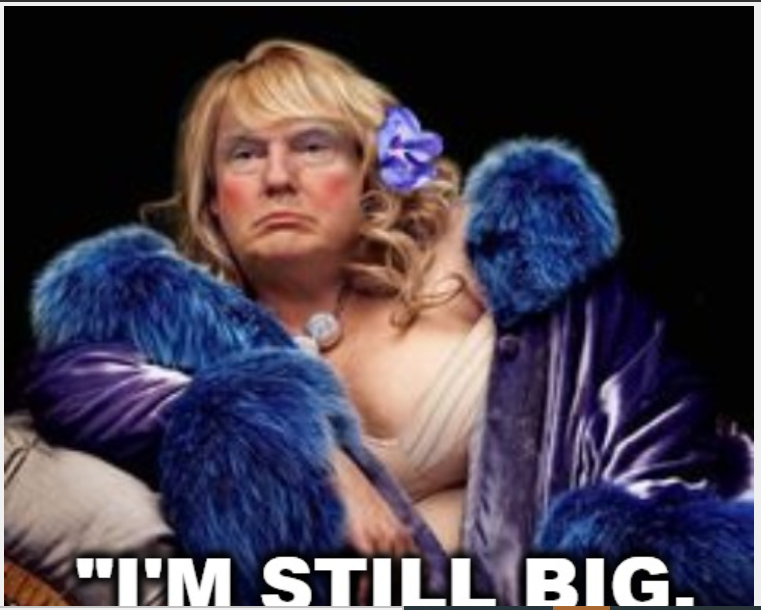 “Rotting cesspools of blood.” “These are savages, MS-13.” “Sir, there seems to be a misunderstanding.” “We would be glad to take them back, Sir.” “Barack Hussein Obama wouldn’t take them out.” These were quotes from Donald Trump’s announcement speech, which was so dull that CNN decided to cut out after twenty minutes and Fox News after thirty-five minutes.

After fifty minutes Trump started talking about the death penalty for drug dealers, (“Please don’t say that Sir, that’s not nice.”) Once again he told the story about how in China drug dealers are caught, arrested, tried and executed within 24 hours.

Yes, Donald Trump is back. The Lincoln Project wasted no time.

Being a glutton for punishment, I hung in and listened to the entire stupid speech. It was boring. There was not a single new idea. It was all a rehash of the same old crap — he even went on about how he’s going to find people who were discharged during the COVID crisis for not wearing a mask and how he’s going to get them an apology and “full back pay.” Or was that just people in the military? Can you discharge people in the military? I don’t know. My head’s going to explode. I’m traumatized.

“Peace Through Strength” he chimed in at the end. And he attempted to make a joke out of using the word “nuclear” but it fell flat.

Could it be? Could it be that Trump is going to bore everybody to death? Because if this is an example of where he’s going with his campaign, it is Dullsville.

“Clean out the festering rot and corruption of Washington, D.C.,” he intoned in the 59th minute. Clean yourself out, Donald. You’re the biggest player in any rot or corruption that we know about.

Then he demanded “all votes counted by election night.” Can’t happen. Pure stupidity to even mention it.

I’ve seen many a presidential campaign launched. This reminds me of a toy boat in the bath tub by comparison. Dear Gawwwd. It’s going to be a lonnnng long way to November, 2024.