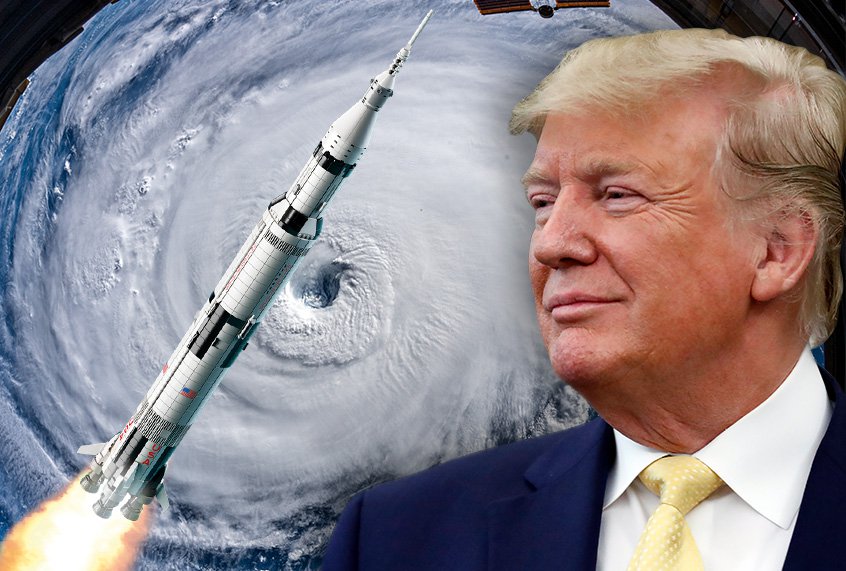 For three days now Donald Trump has been desperately trying to deflect from the awfulness of Monday’s FBI raid on Mar-a-Lago. Trump has a video which runs for 3:50, Nation In Decline, which is embedded on Rumble. He keeps reposting it. I would show it to you here, but I don’t have the means to embed it.

It starts out with a black screen and the sound of a thunderstorm. Then Trump intones, “we have the highest inflation in over 40 years.” (Wrong. We had zero inflation growth this month.) He goes on, “Where the stock market just finished the worst half of the year.” Umm, we’re well into third quarter at this point, Donald, not at the end of second quarter. And again, it’s a blatant lie. News broke a few hours ago about how the S&P 500 closed with its fourth consecutive week of gains.

Why he is so desperate for people to see this video, I know not. But he keeps reposting it at least once a day.

He also posted this on Truth Social. 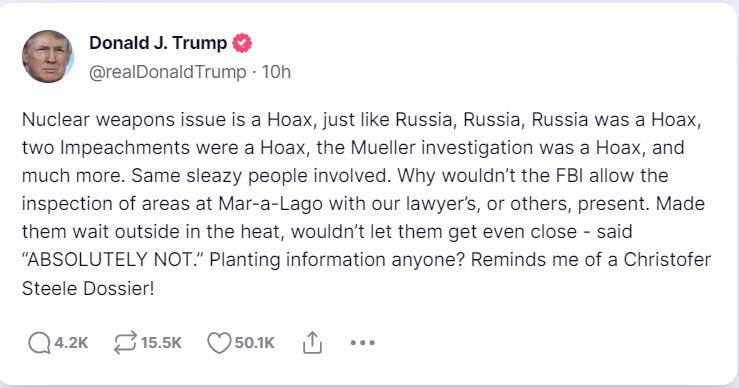 More lies. Trump watched the FBI agents from New York on closed circuit. Christina Bobb, Trump’s anchor woman attorney, anchor-torney, met the FBI at Mar-a-Lago the morning of the raid. She was quoted as saying, “He [Trump] probably had a better view than I did.”

Lies and desperation continue, but that is vintage Trump, is it not?

Now here is what I find intriguing. Read this list of What We Don’t Know from the Washington Post:

And as to the b.s. regarding Barack Obama’s alleged “30 million pages of documents” it was reported in late 2016, the Obama team was transferring the records to Chicago through the National Archives, which legally owns the documents once a president leaves office. Once the documents ultimately reached a warehouse in Chicago, the Obama Foundation was then due to pay the National Archives and Record Administration to digitize the documents. The lengthiness of that process aside, there isn’t the faintest hint of legal violations, which is what Trump and Fox News are screeching about. The documents will find a home in the Obama Presidential Library.

As to a future Trump presidential library? What will that house? Copies of the Forbes Magazine that Stormy Daniels spanked him with? Copies of the MAD Magazine issue that predicted many years ago a world in which Trump became president?

As this story continues to escalate, prepare yourself to be inundated with garbage. Trump and his right-wing cronies are desperate. They’re on the ropes and they know it. And the midterms are less than 90 days away.